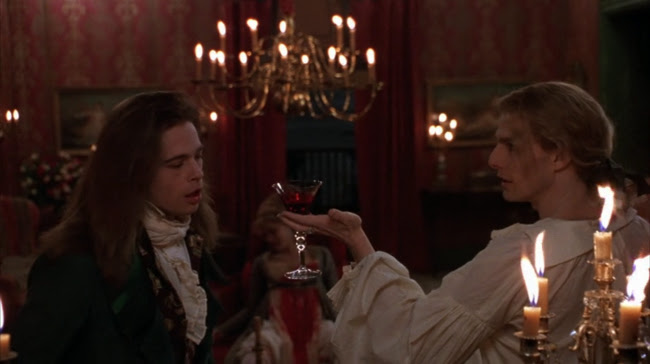 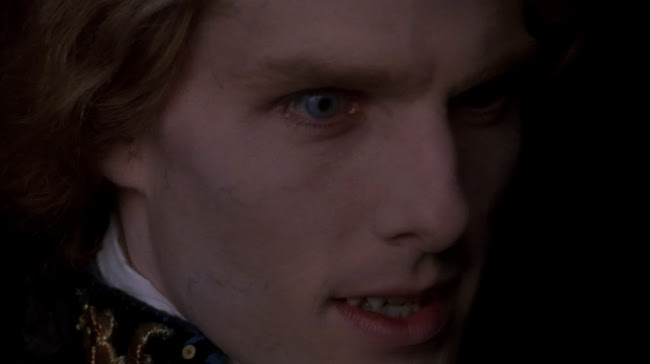 Tom Cruise as Lestat is the same kind of inspired casting that put Heath Ledger in the role of the Joker. Before actually seeing him in the movie, he seems absolutely wrong; seeing him in the movie, it's hard to imagine anyone else in the role. And of course, given the relatively small emotional breadth covered by the character in this story, star quality and charisma are the most important things, things you only get with a star like Cruise. Though he's almost upstaged by the brief appearance of the deflating Tom Cruise puppet created by Stan Winston. 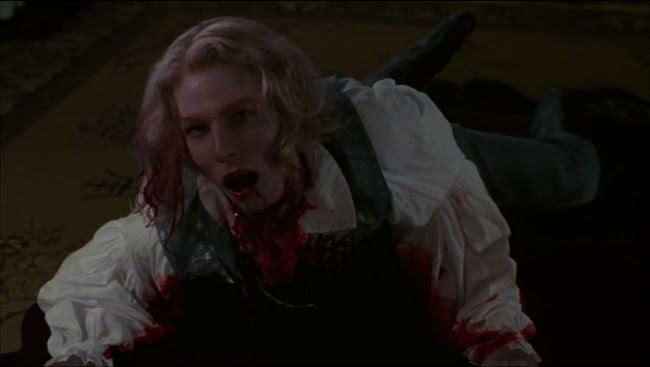 There is cgi in this movie but relatively little, not much more than the kinds of transformation shots already seen in Willow and Indiana Jones and the Temple of Doom. One is used to change Kirsten Dunst as Claudia from a Linda Blair-ish dying kid into a perfect porcelain doll vampire girl. 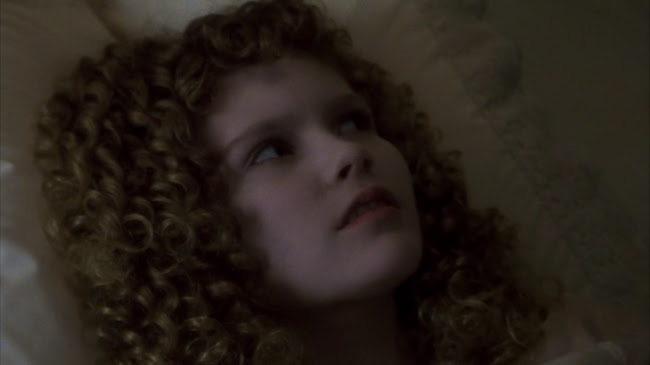 I don't find Dunst's performance as impressive now as I did back then; her delivery and on-beat head tilts seem like the product of obvious coaching. But finding a decent child actor is hard enough, finding one for this material even harder, probably impossible in the U.S. to-day. Even in the 90s they had to age up the character six years from her age in the novel. 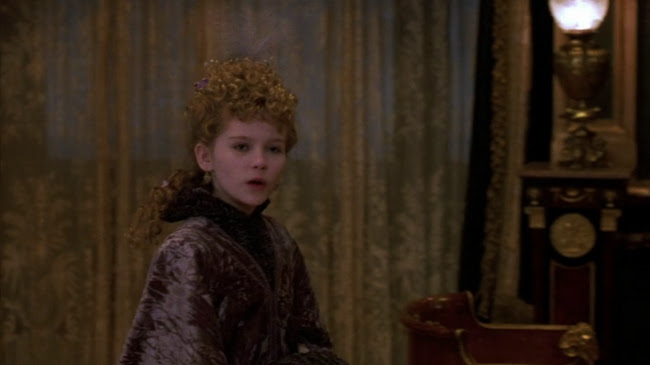 In addition to the practical effects, there's a magic in the deliberate artificiality of the sound stage locations which often look like they came straight from a Hammer film. I found myself thinking of 1970's The Vampire Lovers and Ingrid Pitt's (perhaps unintentionally) sympathetic portrayal as the vampire Mircalla. Interview with the Vampire came from a period in which books like Grendel or Wide Sargasso Sea took villainous or monstrous characters from classic literature to recast them as protagonists of their own stories, not necessarily changing the facts but asking the reader to consider an alternate perspective. Rice's work brilliantly reveals the implications inherent in extending this project to vampires. Instead of their typical role in stories representing ideas about heathens and the wealthy as near caricatures, Rice's book and Jordan's film is about people trapped in a physical state with physical needs that they feel varying levels of guilt about. As Louis seeks answers for what vampires are, he asks, as Armand tells him, the wrong questions. They can intellectually rationalise their nature, they can even find aesthetic or moral justifications, but then something happens that reveals a contradiction and they're back to square one. It's always an itch that can never be scratched. 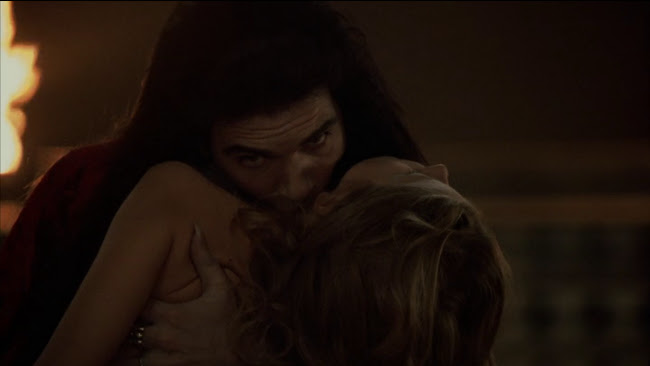 This is why newer vampire stories don't work as well--when that guilt is just a metaphor for forbidden love, like in Twilight, it's too easy for the audience to say, oh, the poor, handsome, misguided soul. In Interview with the Vampire, these are people who are naturally compelled to live off murder. It's a much more interesting question with broader applications to human experience. It's not about thinking you might be wrong and then finding out you're not in the happy ending of the story; it's about never knowing, always having good reason to fear you're wrong, but still needing anyway. 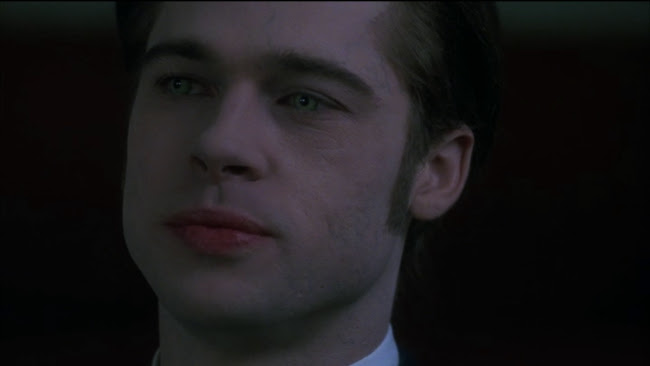 I love the makeup. This is one of the few movies where they really get around the cakey look of pale makeup--all the vampires have visible veins drawn on their faces. It has the perfect effect of making them look eerie and vulnerable.

The glasses fell for lighters clogged with rain.
A working bike emerged from soggy sand.
The dog removed his leash aboard the train.
A case of dollars showed upon demand.
The sep'rate thoughts create a feeling sight.
Determined sleeves create a proper shirt.
Remembered loops complete a yearly night.
A focused fork preserves the knife from hurt.
A waiting straw consumes a canvas face.
The light upon the stage was even dark.
A trick of moving eyes was pulled with grace.
A big fatigue invites the sleeping shark.
The liquid decks degrade the wooden hulls.
Divided brains create united skulls.