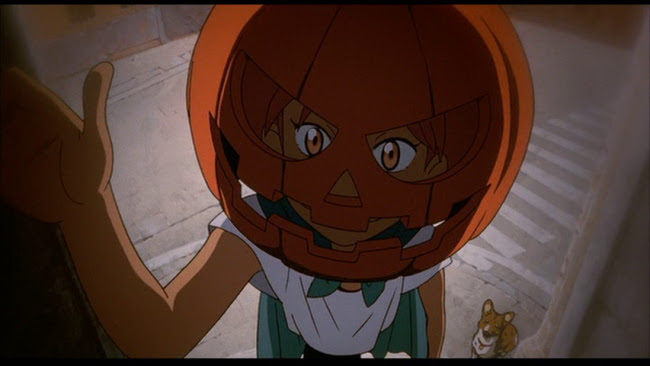 In 2001, four years after the television series débuted, Cowboy Bebop returned as a feature film with a story set just before Halloween, in between episodes 22 and 23. It has many good qualities but on the whole the unique magic of the original series is only echoed by the film. It's not exactly bad but, taken as an episode, it's easily my least favourite. 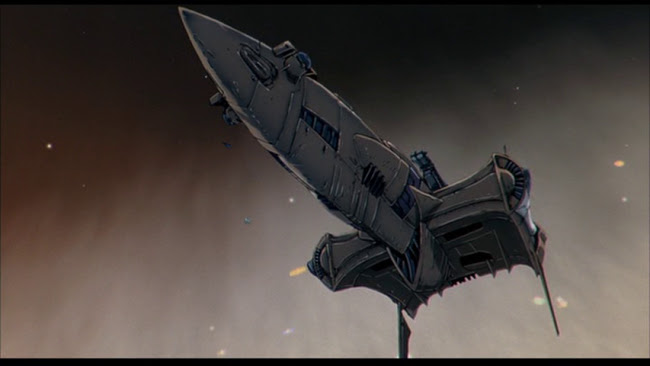 It makes sense to set the movie before episode 23, which is the first episode where permanent changes occur precipitating the series' conclusion. But setting it after episode 22 is curious given that 22 pokes fun at a ridiculous terrorist called the Teddy Bomber. The villain of Cowboy Bebop: Knockin' on Heaven's Door, Vincent (Tsutomu Isobe), is also a terrorist, of the more deadly serious variety. 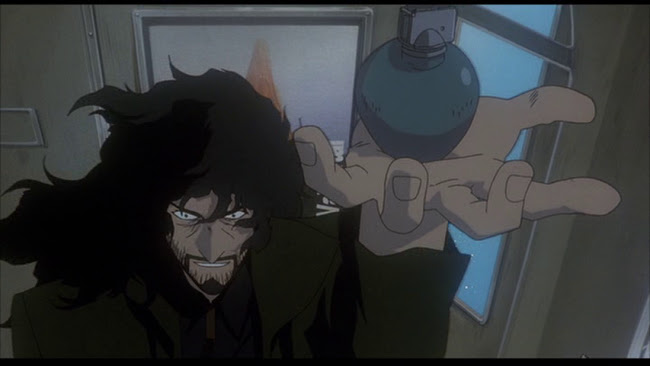 But he's the second dullest character in the history of Cowboy Bebop. He's basically an amalgamation of other characters--he acts kind of like Vicious and his past, as a soldier on Titan where he was experimented on, sounds a lot like Gren's backstory. But Vincent lacks Vicious' cooler character design and background connecting him to Spike, and he lacks Gren's sexual and relationship issues. He ends up feeling very default. 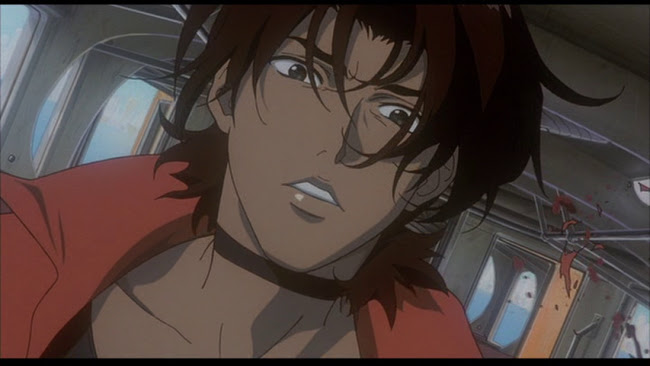 But not as default as Elekra (Ai Kobayashi), the dullest character in Cowboy Bebop history. This is the first time I managed to remember her name after the end of the movie and only because I made a point of doing so because I knew I'd be writing about the film. On top of her plain character design, her almost entirely utilitarian dialogue (unlike the other main characters, she never comments on anything not directly related to the plot), all we learn about her is that she feels sorry for Vincent. But we're supposed to accept that this is the woman the self-possessed Spike (Koichi Yamadera) opens up to about Julia? He even says he'd ask Elektra on a date. Why? He says it after she says she felt sorry for Vincent for being alone so much as a child. I guess we have to assume that's what draws Spike to her. 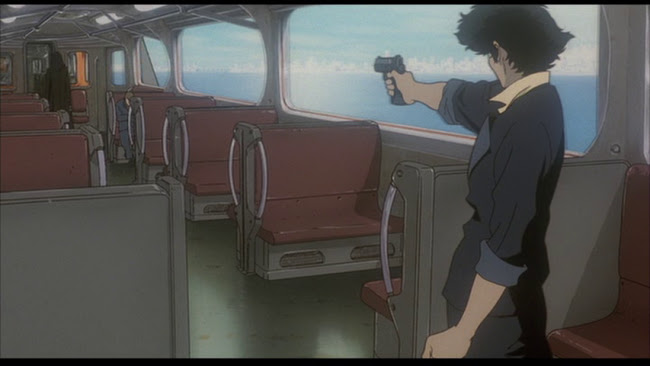 The film makes an effort to connect Spike and Vincent. Vincent talks about his dreams, his difficulty in determining what is and isn't dream, and this hints at Spike's dilemma over the course of the series. But nothing is really contributed to the theme, it just sort of recaps it.

All the elements from the series look odd beside everything introduced in the movie. The stylised outfits the crew of the Bebop wear seem bizarre in the Martian city which suddenly looks like modern day New York. Except for the part that looks like Morocco. 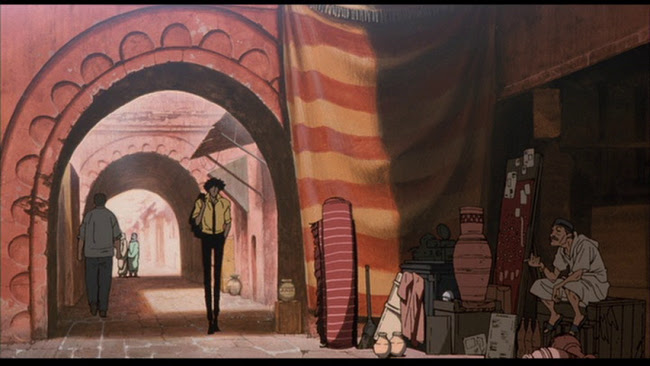 According to the Wikipedia entry, director Shinichiro Watanabe visited Morocco in preparation for the film and this is a case where research definitely detracted from the finished product. Instead of the mishmash of cultural information, reconfigured into a new reality . . . we just have Morocco, reproduced, seemingly in tact, with a guy named Rashid based on someone Watanabe met in Morocco (voiced by rock star Mickey Curtis).

With the designedly plain new characters and the opening credits which seem like they were partially rotoscoped from real people in an American city it seems like the plan with this film was to prove Cowboy Bebop could be flawlessly ordinary. This isn't fully achieved, thank goodness. The movie has some really effective action sequences, particularly a fight on an elevated train and a tussle between Spike and Elektra where he improvises with a broom. Faye (Megumi Hayashibara) looks sexy, back to being tied up for fan service, in this case by Vincent, and Ed (Aoi Tada) is funny wandering the city, but both moments feel like retreads of "Ballad of Fallen Angels" and "Mushroom Samba", respectively. Maybe we should be glad the series hasn't been revived.