Doctor Who and the Adventure of Rosa Parks' Head 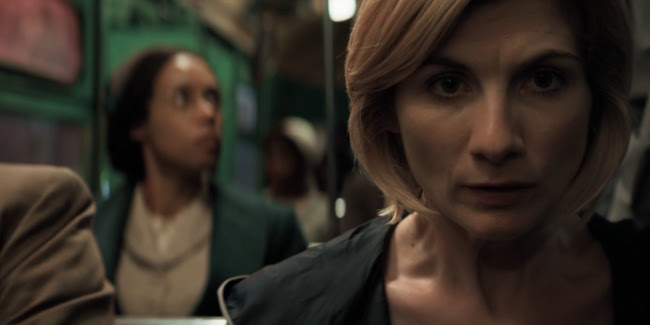 To-day's new episode of Doctor Who, "Rosa", is the worst episode of the revived era. It might even be the worst in Doctor Who history. I certainly don't find "The Twin Dilemma" as annoying and it made a lot more sense. But let's take a closer look at "Rosa". 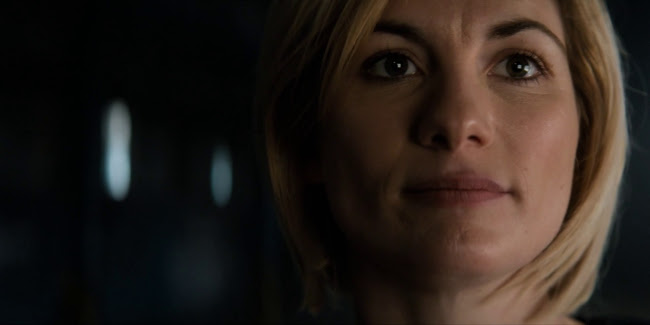 Is this close enough? How about we throw in a hundred more close-ups of everyone? This was a problem in last week's episode but minor enough I didn't think it worth mentioning. With "Rosa" I was starting to wonder how often no two people were in the same room at time of filming. Both episodes were directed by Mark Tonderai so maybe next week's, directed by Sallie Aprahamian, will be better.

The three Companions thing continues to make things awkward with scene after scene scrupulously giving us one line each from the Doctor's (Jodie Whittaker) queue of ducklings. 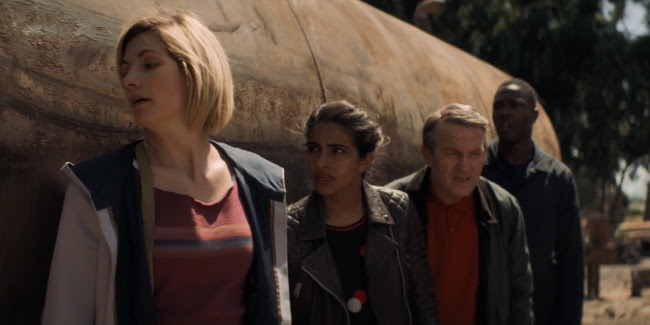 The Doctor and the gang find themselves in a cheap recreation of 1955 Alabama populated by angry British actors with bad American accents. I don't think the guy who slapped Ryan (Tosin Cole) was even trying. 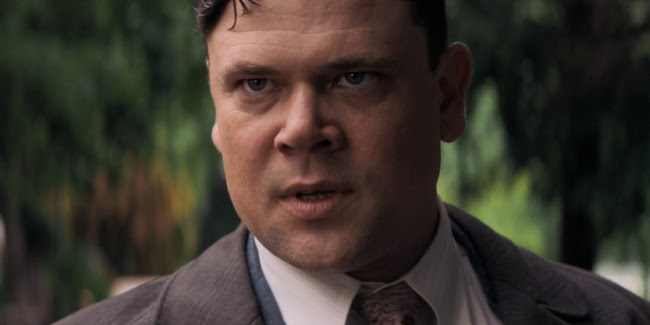 I guess they blew all their location budget in South Africa. Well, I don't mind the backlot so much, certainly Doctor Who has done brilliantly with much less.

The episode revolves around Rosa Parks, played by Vinette Robinson, who appeared as a different character in Chris Chibnall's first Doctor Who episode, "42", when she had a real accent. But at least this time we get closer to her head. 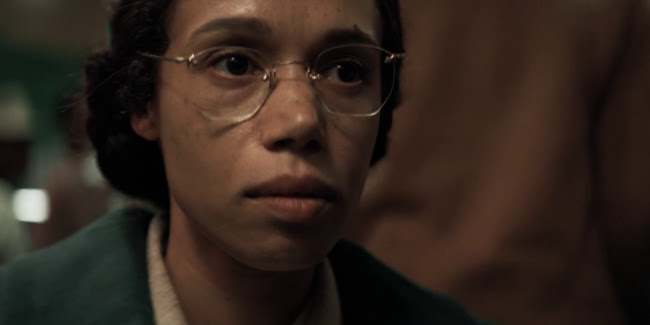 Rosa Parks' refusal to give up a seat on a bus to a white passenger was a critical moment in the battle against institutionalised racism. Which makes it a shame the episode only featured out-and-out, foaming at the mouth racists, who only needed cuirasses and cat-o-nine-tails to pass as galley slave overseers from Ben-Hur. The show missed an opportunity to show what it looks like when someone disrupts the status quo not for perpetually irate brutes but for complacent citizens who just accept this as the way things are. 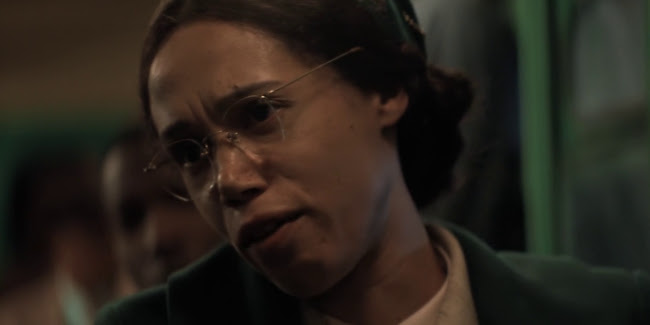 Instead, Rosa Parks and, briefly, noted Trekkie Martin Luther King Jr. (Ray Sesay) are little more than props which the Doctor and companions race around while trying to prevent a criminal Time Traveller (Joshua Bowman) from changing the past. Apparently, though coming from a future where sentient alien life is commonplace, he's still somehow managed to find it in him to specifically hate black people. 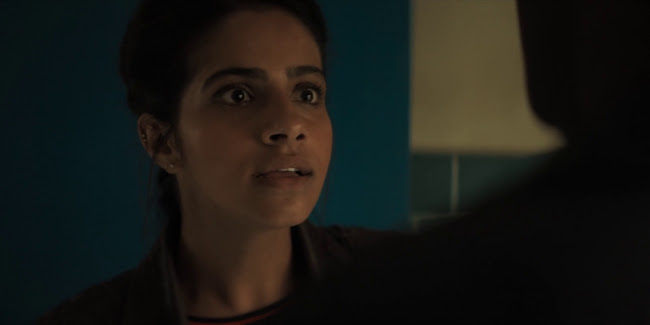 Ryan and Yasmin (Mandip Gil) swap stories about encountering racism in the modern day U.K. as an infodump for the audience while persistently joking about the fact that a waitress thought Yasmin was Mexican. For some reason they find this really funny to the point where I got the feeling that they had something against Mexicans which I assume was not the intention. 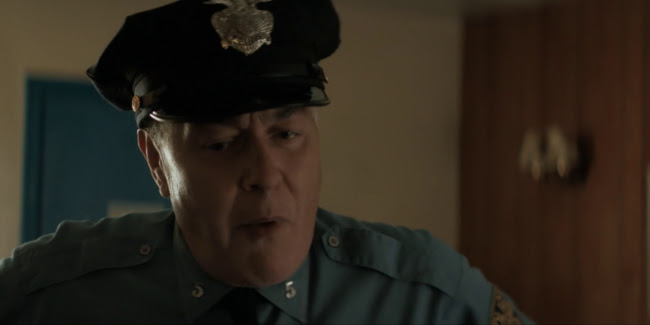 Meanwhile, the Doctor and Graham (Bradley Walsh) are pretending to be a couple to throw off a suspicious police officer (Gareth Marks), which ought to have been a lot funnier than it is. Sometimes Bradley Walsh has a little twinkle about him but generally he seems to be getting as flat as the other two. 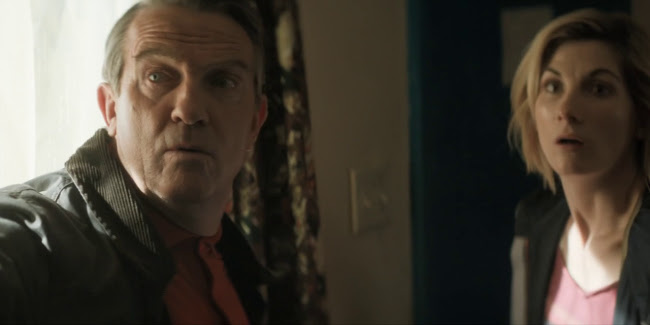 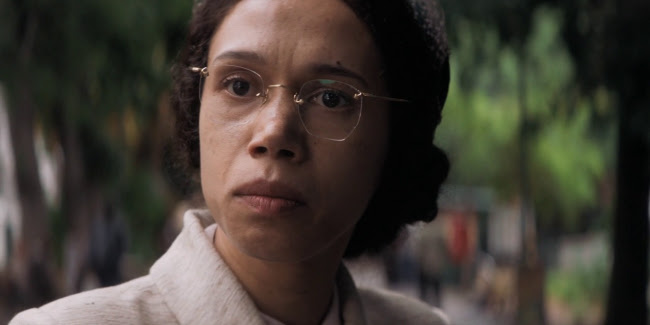 But I think the worst part of the episode was the music. The French horns of nobility that came on with every single close up and low angle shot of Rosa Parks. Well, actually, they only served to remind me I wasn't seeing Rosa Parks but Vinette Robinson with glasses.