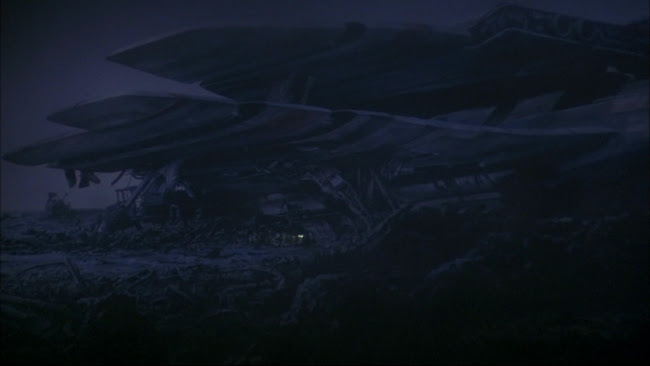 Star Wars and Alien inspired many filmmakers who produced films with varying degrees of success. On the lower end of the spectrum is 1981's Galaxy of Terror, directed by Bruce D. Clark and produced by Roger Corman, who supposedly directed an infamous scene where a woman is raped by a giant worm. To call this film schlocky would be something of an understatement but its production design, partly by a young James Cameron, is surprisingly good, if pretty liberally derivative of Alien, and there are some nice performances from Grace Zabriskie and Sid Haig, though all the actors are sabotaged a bit by an incredibly bad script and editing job. 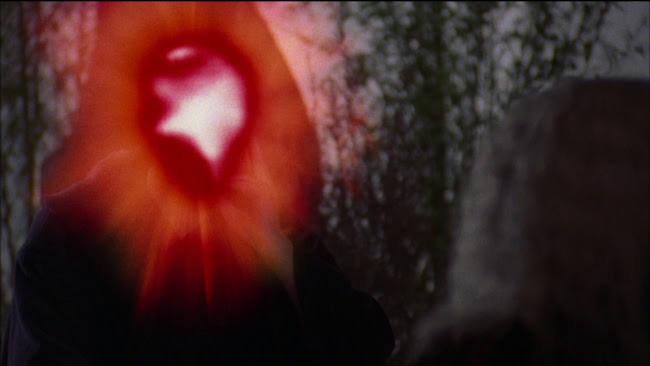 In the future, humanity is ruled by a man with a glowing red blob for a head. He sends out a rescue ship to a planet where another ship has crash landed. Grace Zabriskie, who was forty at the time, commands the rescue vessel with her hair dyed grey. 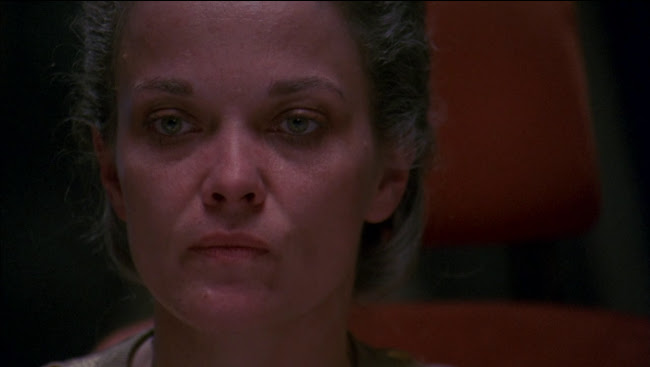 Even when she was young, it seems, she was cast as an older woman. The rest of the crew seems vaguely patterned off the Nostromo crew. Erin Moran plays Alluma, "the ship's empath" according to Wikipedia. She seems a bit like a prototype for Deanna Troi, even more than the Deltan in Star Trek: The Motion Picture. Her ability isn't really talked about much, which feels odd, as does Sid Haig's apparently religious attachment to a pair of crystal shurikens he carries. 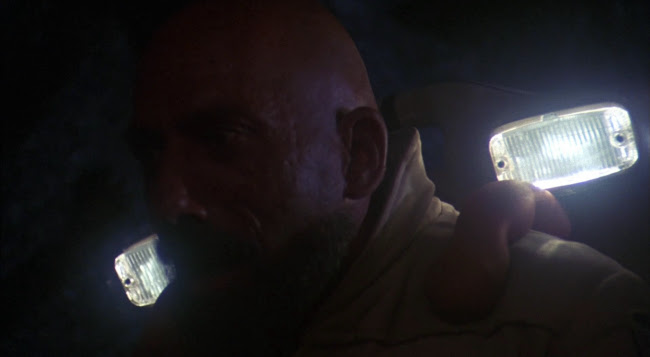 I guess Star Wars had given people the idea it could be really effective if you introduced a lot of alien concepts without explaining them. But where George Lucas effectively created the sense of a strange place and collection of cultures that way, Galaxy of Terror just feels like it's missing a lot of scenes. This feeling gets even stronger when some characters die and it takes a while for the other characters to get around to noticing. 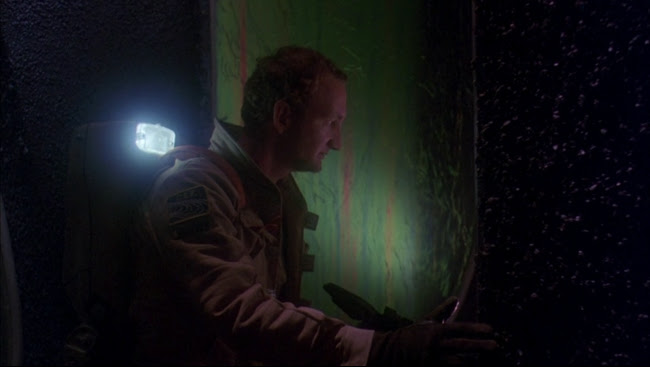 There are small roles for Robert Englund and Ray Walston. Taaffe O'Connell plays Dameia, the woman assaulted by the worm, a scene that takes the movie into remarkably hentai-esque territory. The lighting and the creature effects for the scene, which amounts to a guy in a suit with floppy proboscises, are noticeably of lower quality. Despite O'Connell and her body double's admirable commitment to the scene, it's not likely to convince even the most sensitive viewer that a genuine molestation is taking place. It lacks the sincerity of the Erato from the Doctor Who serial The Creature from the Pit. 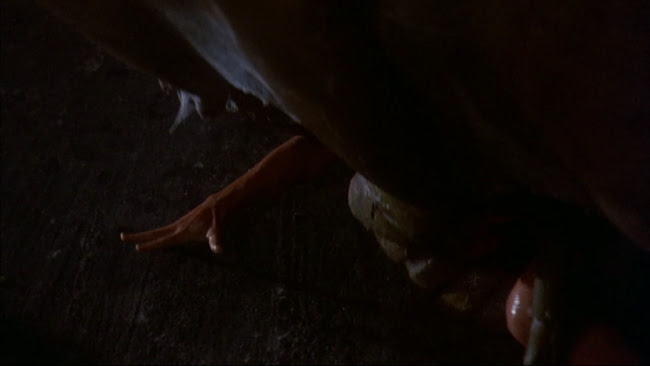 Other challenges the crew encounter in a remarkably H.R. Giger-ish structure include evil doppelgangers and giant, insect aliens who clamp onto people and crush them. What links all these together? Apparently the concept is that the characters are facing their deepest fears. There's sure nothing organic about that extrapolation but I guess that's par for the course. This movie did make me smile.