The Spirit, the Letter, or Neither One 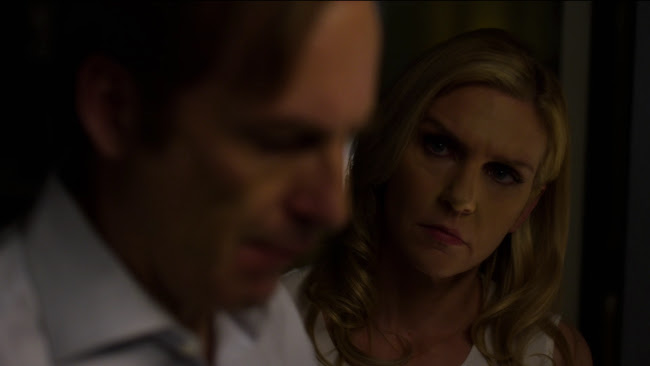 Last night's new Better Call Saul, the penultimate episode of the season, was about deceptions, some successful, some not. Written by Gennifer Hutchison, it featured some particularly nice drama between Kim and Jimmy. And it was decently directed by Vince Gilligan, creator of Breaking Bad and Better Call Saul's co-creator. 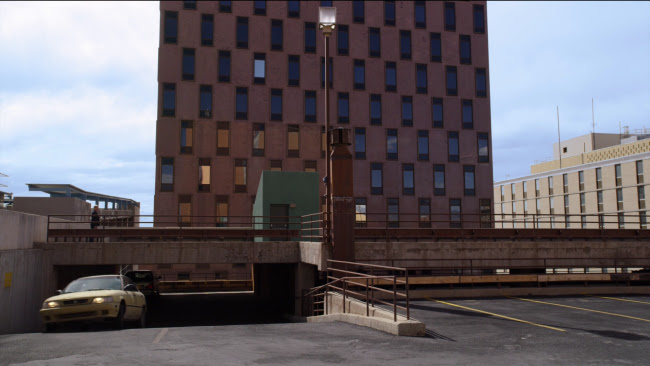 I like this shot where we see Jimmy (Bob Odenkirk) speeding out from the lower level of the parking garage before coming around and parking in front of a calmly waiting Kim (Rhea Seehorn). I wonder if Odenkirk was driving the whole time or if the car was swapped out when it went off screen. The driving was definitely part of the performance. 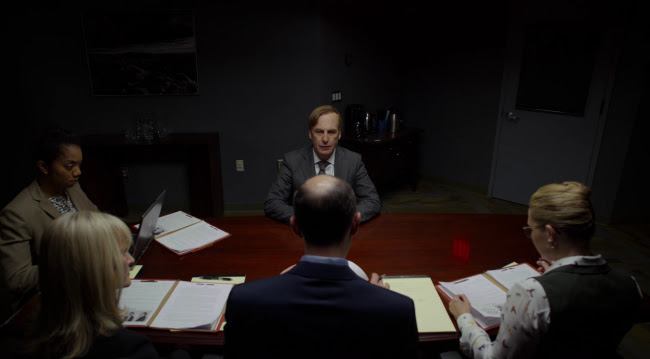 You can't blame Jimmy for being angry. After all the work he put into that hearing, they wouldn't give him his law license back because he didn't seem "sincere". It's a nice, subtle point--even though we saw Jimmy practising facial expressions before the meeting, I do believe he believes he was sincere. There's some difficult ambiguity there because, obviously, in that situation, some finesse is required and expected so it's not quite so easy to know where the line is. Then throw in the fact that Jimmy does not want to confront his feelings about his brother and it is plausible that the people interviewing him do think there's something off about him. 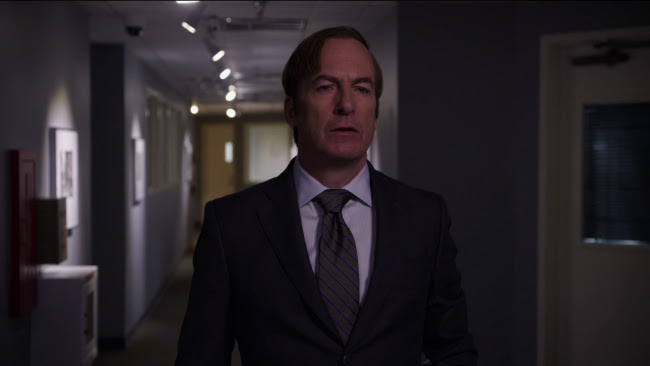 Kim seems to think it's obvious he should've talked about his brother. It seems unfair, to me, that this would be expected; surely if a man doesn't want to discuss his deceased brother, that should be his right. I felt the sense of insincerity came in when he credited the University of Samoa as his inspiration to get into law. I thought he was going to say Kim. Maybe, starting with Chuck, he's getting into a habit of not acknowledging his own feelings, which one could imagine is an occupational hazard for a con man. 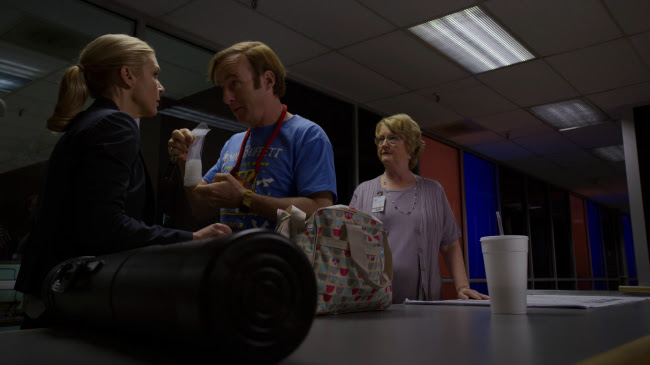 Just as I thought last week, the idea for a con Kim had was related to the Mesa Verde thing and the first scene from last night's episode was a bit of wicked fun. Kim and Jimmy pretend to be siblings and he's the irresponsible brother who accidentally spills milk on the documents Kim wants replaced--they perfectly create a scenario to generate sympathy from the woman working at the facility where the documents are processed. The Jimmy Buffet t-shirt was a great touch. 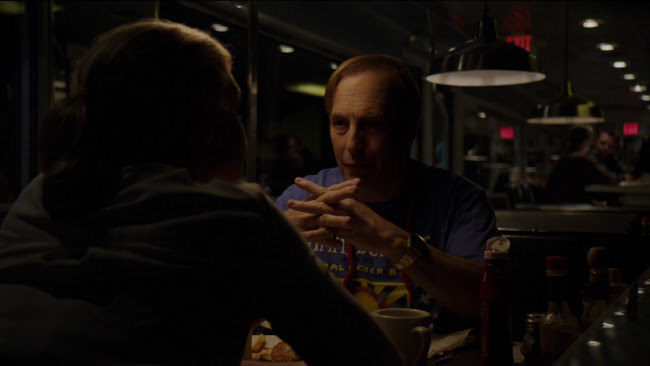 And it seems Jimmy (McGill) has a point about Kim seeing herself as superior to him. It's convenient how easily she can forget this con from the beginning of the episode and go back to admiring her new briefcase while in a conference call. 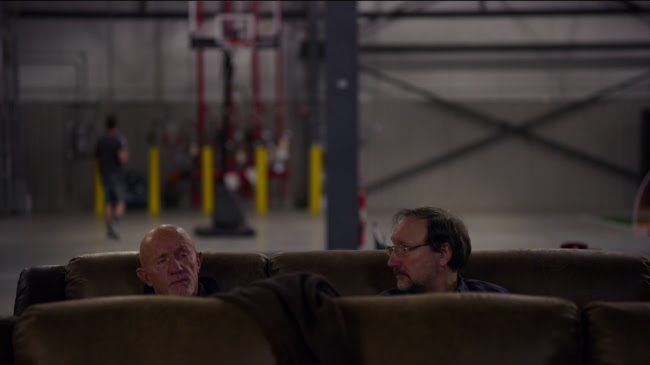 The Nacho and Mike plots also involved deception though, once again, it's mainly just more needless set-up for Breaking Bad. There's a ridiculously overwrought explanation for Hector Salamanca's bell. Werner, the German contractor working for Mike, ingeniously engineers his escape though, in the end, considering what he sacrifices to do it--not only his well paying job but his future safety--he just seems phenomenally dumb. Hopefully next week will focus mainly on Kim and Jimmy. We obviously know he gets his law license back somehow so this new obstacle and the tension that goes with it are intriguing. How's he gonna get out of this one?

Posted by Setsuled at 9:05 AM
Email ThisBlogThis!Share to TwitterShare to FacebookShare to Pinterest
Labels: better call saul, television, tv show