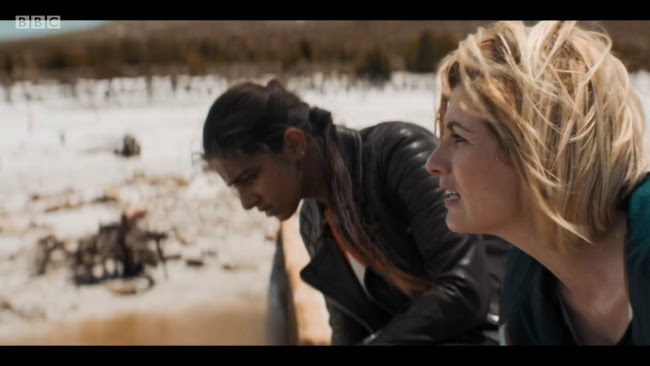 Doctor Who is now more authentically African than Black Panther: exteriors for to-day's new episode, "Ghost Monument", were shot in South Africa, surpassing Black Panther, which was shot in South Korea and the United States. It certainly beats a quarry and helps give this second episode of the new Doctor Who season that fresh feeling it sought to achieve; there's an eeriness in this episode that reminded me of The Keys of Marinus. Chris Chibnell's teleplay wasn't big on cleverness, but that was okay, except when he was moralising. 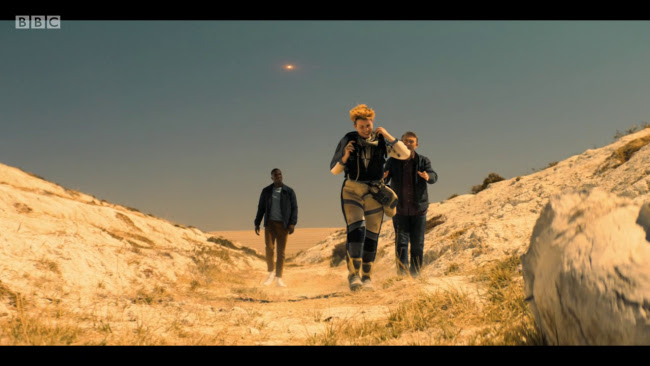 Normally I kind of like the Doctor's aversion for guns--there is a real, good logic to it; when people see you're not carrying a weapon, they're less likely to see you as a threat, which makes it more likely you can talk to them and eventually make friends (or infiltrate their organisation). But when a writer's deploying it to browbeat the audience it usually falls flat, as it does here, where the Doctor (Jodie Whittaker), brags about how much she hates guns before using two kinds of explosives to obliterate the robots she'd chastised Ryan (Tosin Cole) for shooting at. I guess Chibnall was maybe relying on kids being too stupid not to catch the not especially subtle problems with this argument. I may sound crazy for saying this but I still don't think any kid misused a firearm because the Doctor shot a giant rat with an elephant gun in The Talons of Wang Chiang or a shot a Dalek in Day of the Daleks. 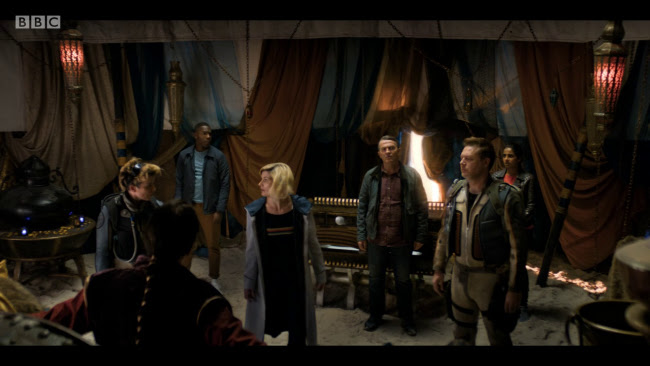 But otherwise I mainly liked this episode. I think it's the first time the show's been shot in South Africa. It also marks the very rare appearance of an Irish actor, in this case the Northern Irish actress Susan Lynch, the Selkie from Secret of Roan Inish no less. 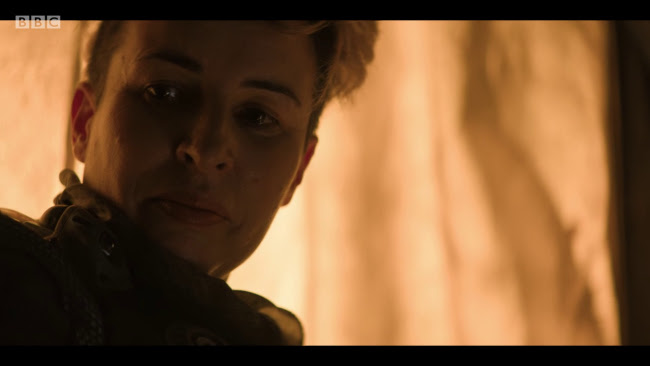 Everyone still talks fast but I perceive a general slowing of pace along with the simpler plotting that I find refreshing. The Doctor and her companions encounter two aliens competing with each other in a race across a desert planet and the story between those aliens is established nicely. They come off a lot better than the Doctor's companions, actually. Yasmin (Mandip Gill) cramming in some exposition about how her dad drives her bananas and her sister's trying to get her to move out felt really stiff and made clear a problem with the Doctor having three companions in the new series; we learned next to nothing about Ian and Barbara's families. With the imperative in the new series that we go back to the more domestic focus of the Russell T. Davies era, but without the one on one relationship between the Doctor and companion, it feels overstuffed. It wasn't helped by the fact that all three companions seemed to deliver their lines without much inflection in this episode. 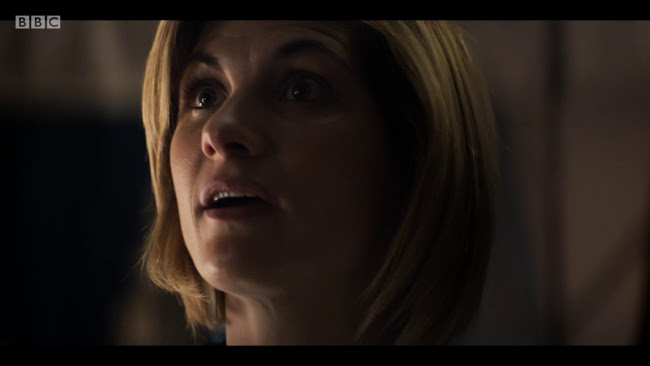 Jodie Whittaker continues to impress, though. I liked how she delivered the line about the hologram's nose hairs. I like the new TARDIS design, and the opening credits are lovely. But no face?

Posted by Setsuled at 3:52 PM
Email ThisBlogThis!Share to TwitterShare to FacebookShare to Pinterest
Labels: doctor who, television, tv show