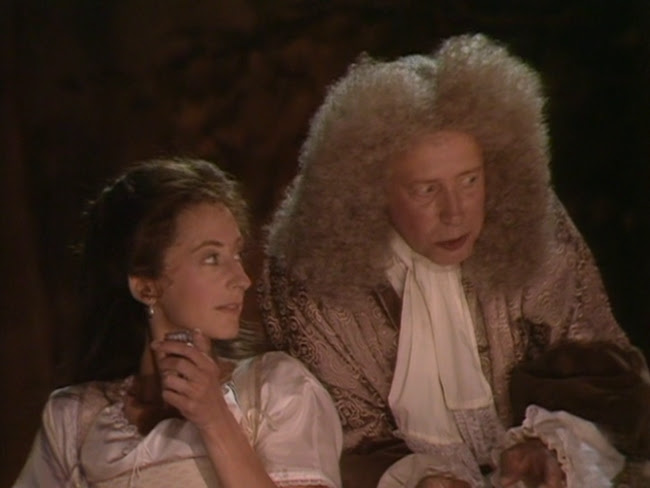 Clever language replete with pleasingly complex sexual innuendo is one of the distinct virtues of late 17th century and 18th century satire and comedy. So it makes sense that director Elijah Moshinsky set his 1984 production of Shakespeare's Love's Labour's Lost for the BBC Television Shakespeare in the 18th century, the play's seemingly superficial plot and playfully sexual dialogue almost making it seem like it was written over a century early. But according to Walter Cohen's introduction in the Norton Shakespeare, the play wasn't performed between 1642 and 1839. Certainly it never matches Moliere or Wycherley for genuine laughs or sexiness, the playfulness Shakespeare engages in with his dialogue being more impressively intricate than shocking. But there's something in the separation between intellect and feeling that makes Moshinsky's decision to set the play in the 18th century eminently appropriate. His choice is also effective for the visual influences he evokes. 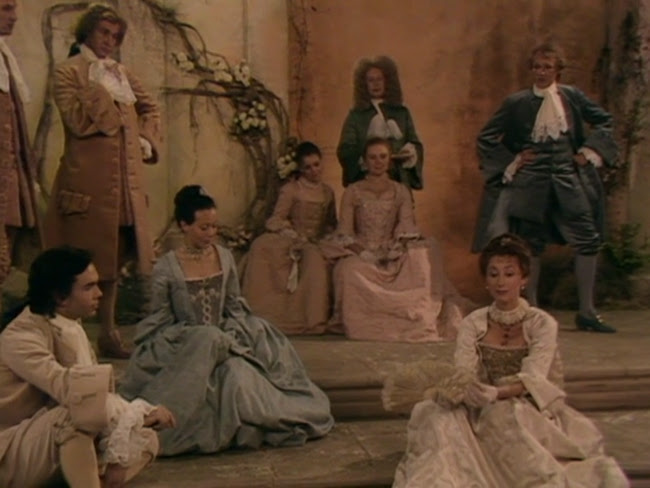 According to the Wikipedia entry, Moshinsky drew inspiration from the paintings of Jean-Antoine Watteau, this Love's Labour's Lost having brighter colours and more diffuse lighting than his Baroque productions of Coriolanis and Cymballine. It's really pretty. 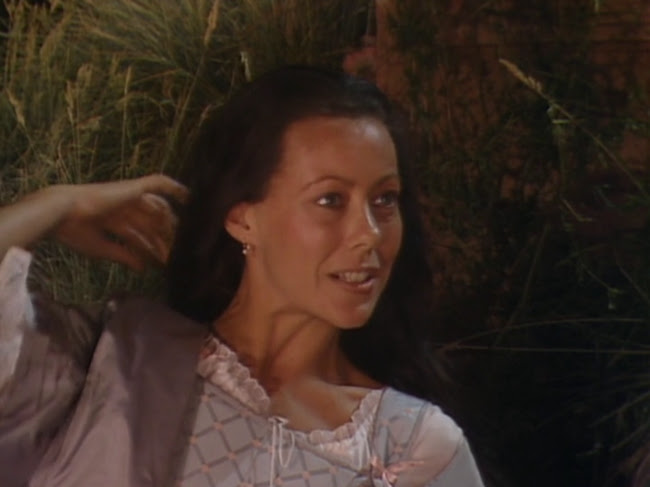 Jenny Agutter as Rosaline looks to have had her face browned slightly to reflect the dialogue referring to her darkness; "No face is fair that is not full so black." Though this seems generally regarded as meaning that Rosaline has black hair and eyes, Moshinsky makes a point of framing her with the Blackamoor servants called for in the stage directions. Agutter, like all the women in this production, has an appropriate quick eyed intelligence for the dialogue.

You must not be so quick

'Tis 'long of you that spur me with such questions.

Your wit's too hot. It speeds too fast; 'twill tire.

Not till it leave the rider in the mire. 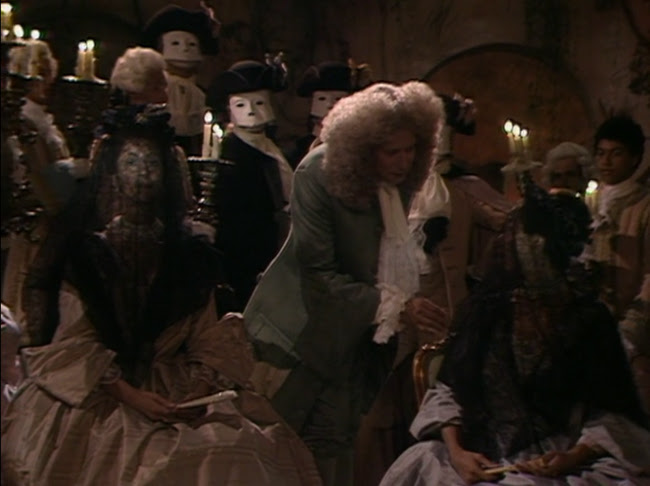 The whole cast is good but Agutter is a stand out. As is David Warner (he had to turn up eventually) as the musician Armando and Geoffrey Burridge as Dumain. At the very end of the play, Valentine Dyall, the Black Guardian from Doctor Who once again, makes an appearance as the messenger who brings the play to unexpectedly sombre end. His wonderful deep voice is perfectly suited to the messenger's grim duty. 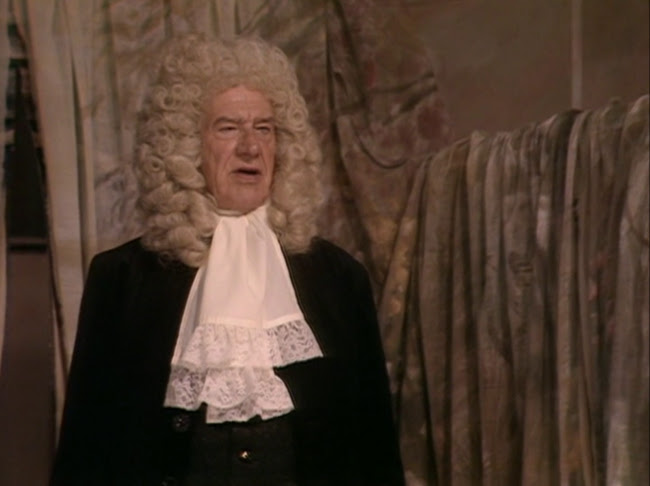 Though the fun Shakespeare pokes at the male characters' attempt at celibacy is likely related to the Catholicism of the countries of Navarre and France represented in the play, it fits well with their portrayal as 18th century academics. It's a nice idea, prettily realised.