What Makes a Hood 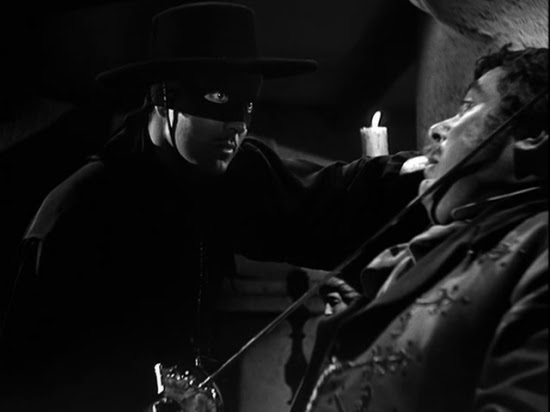 I found the 1940 version of The Mark of Zorro surprisingly underwhelming. I guess after enjoying The Black Swan, I assumed Tyrone Power's more famous swashbuckler would be an even better film. Instead, I was surprised to find a movie that borrowed heavily from the 1938 Adventures of Robin Hood, in many ways the plot being only a combination of Robin Hood and the 1920 Mark of Zorro, of which the Tyrone Power movie is a remake. There are two actors, Basil Rathbone and Eugene Pallete, from Robin Hood cast in essentially the same roles. Eugene Pallette even wears almost the same costume. 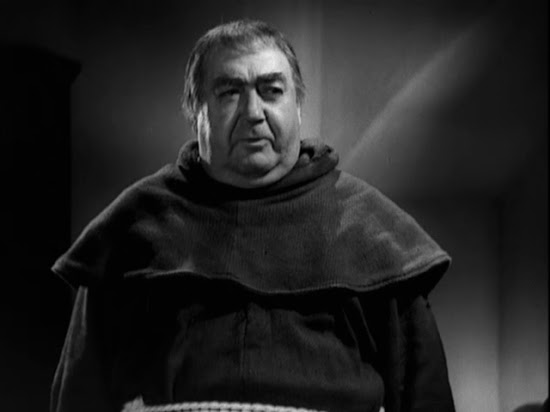 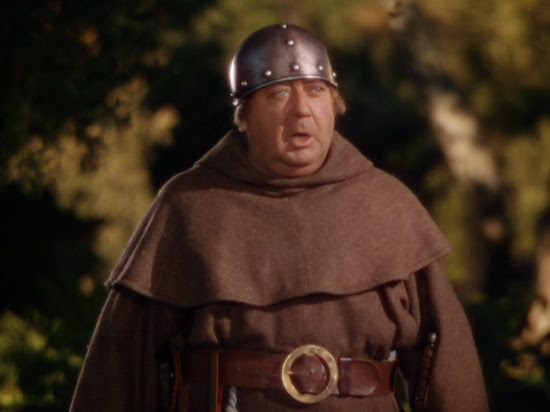 Almost every significant difference between the 1940 and 1920 films can be traced to Robin Hood--emphasis is placed on people oppressed by heavy taxation in the latter film while the 1920 version seems to refer less specifically to an "oppression" of the "natives" and priests, sometimes shown in the form of beatings by Mexican soldiers. The 1940 version also sees Zorro robbing from the rich and giving to the poor. 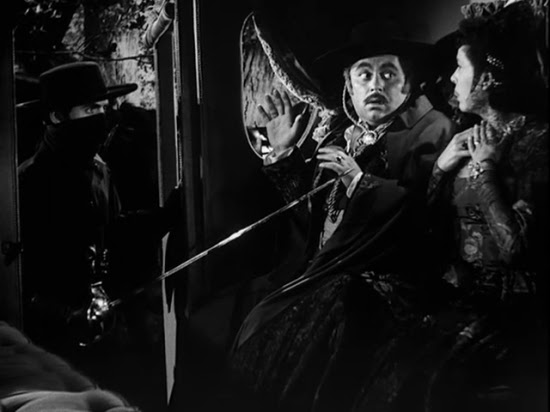 The similarities highlight the superiority of The Adventures of Robin Hood. One of the reasons I was excited to watch The Mark of Zorro was that I'd read Basil Rathbone had said Tyrone Power was a much better swordsman than Errol Flynn. This might be true, but the climactic duel in Robin Hood is still a vastly superior scene. If I were to compare live duels, one between Rathbone and Flynn and another between Rathbone and Power, I might consider the one with Power the better--Power's much faster, much more accurate. But what counts in making something work in a film is good filmmaking.

Obviously, the fact that Robin Hood is in Technicolor and The Mark of Zorro is in black and white is one issue. But there's also the fact that the Zorro fight is confined to one relatively small room while the Robin Hood scene ranges throughout enormous castle halls, and up and down staircases. Both scenes make use of candle slashing and furniture tumbling, but Robin Hood has things like the characters moving off-screen and their shadows cast huge over a column. 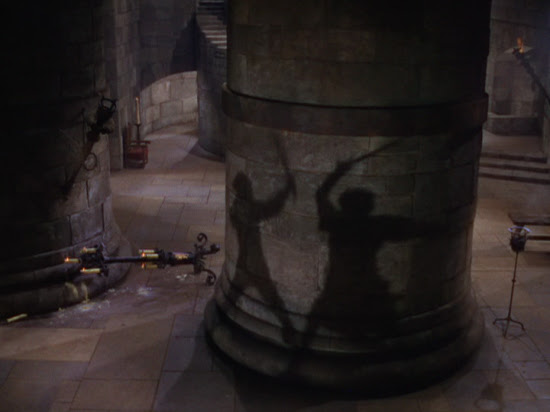 And there's a great use of close-ups in Robin Hood--I agree with Fred Astaire's philosophy that in a good dance musical you want to see the dancers full frame in takes as long as possible. The difference is that Fred Astaire's really dancing, while the swordsmen in these films are only actually pretending to fight. Power and Rathbone is a technically great pantomime of movement, but the important thing is the characters and what the encounter means to them. Robin Hood better communicates this feeling, not just because of how the particular scene was shot but also because the personal conflict between the two men is set up much better. We had seen Robin Hood mocking Sir Guy to his face many times, we'd seen him humiliate him by ambushing him and taking his clothes, and this is followed by Sir Guy smugly cutting off Robin's smart remarks after he'd caught Robin at the archery tournament. There's a high stakes pissing contest between the two throughout the movie.

In The Mark of Zorro, Rathbone's character dies without even knowing for sure Don Diego and Zorro are the same person. As far as Captain Pasquale is concerned, he's never had a real conversation with Zorro.

The 1920 version is shorter on swordfights, and fencing seems to having gotten drastically better in the 1930s. The 1920 film features a lot of guys just sort of smashing their swords against each other at the same angle. More focus is given to Douglas Fairbanks' skills as an acrobat. 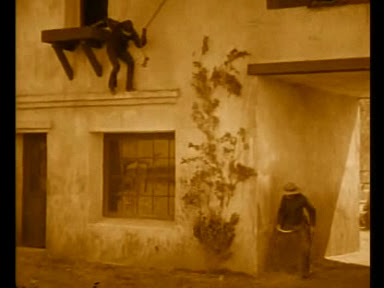 The influence on Batman is quite clear, particularly in a scene of Zorro swinging from a rope to evade and attack his pursuers. Douglas Fairbanks had oddly bad posture for an acrobat, but it is amazing to watch him effortlessly leap over walls, donkeys, and fences. I marvelled as he picked up the female lead, ran with her, leapt over a wall and ducked into a house. The last time I tried to lift a young, skinny woman who'd passed out from drink I could barely move her a few inches*. Fairbanks didn't even break stride. Yet he looks like such a little guy; 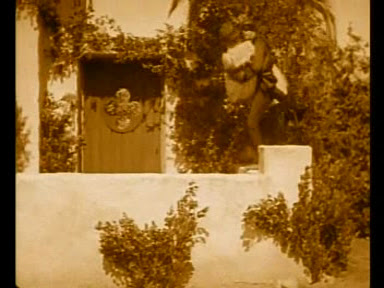 I liked how you see him in the Zorro costume a lot more often than you see it in the 1940 version. Though Fairbanks had a far less masculine figure than Tyrone Power. In the final analysis, I'd have to say the Fairbanks Zorro is more effective than the Power Zorro simply by being much odder. Fairbanks' odd posture, his manic grin, and cigarette smoke make Zorro seem more like a creature. 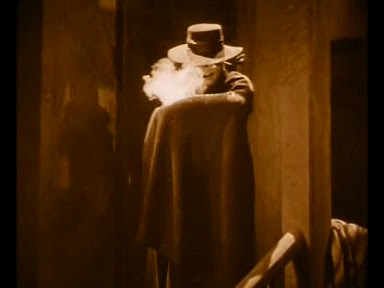