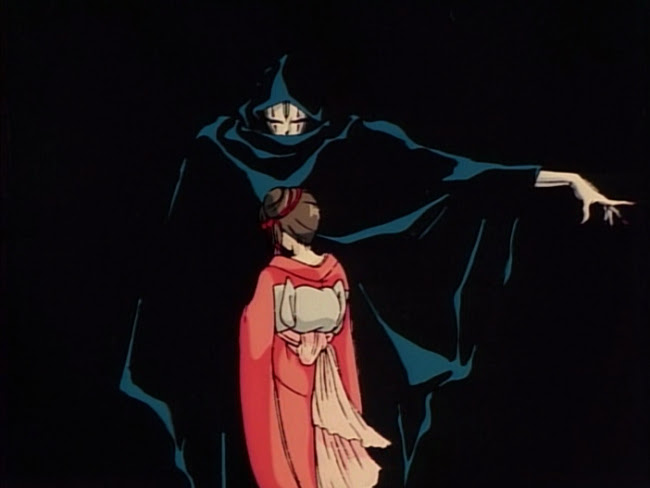 We all know by now vampires are our friends, right? Well, it used to be a new idea and one of my favourite examples of vampire hero fiction is the four episode, 1988 OVA series Vampire Princess Miyu about a little vampire girl and her companion, Larva, a big voiceless man in a mask and black robe. The understated S&M quality to their relationship being part of the low key eeriness that makes this show so effective.

Mind you, I'm not talking about the 1997 anime series which was made by a different studio, with a different voice cast, and is little more than a formulaic shojo series. The 1988 OVA was pretty low budget, the characters don't seem to move that much, but it more than makes up for this in atmosphere. 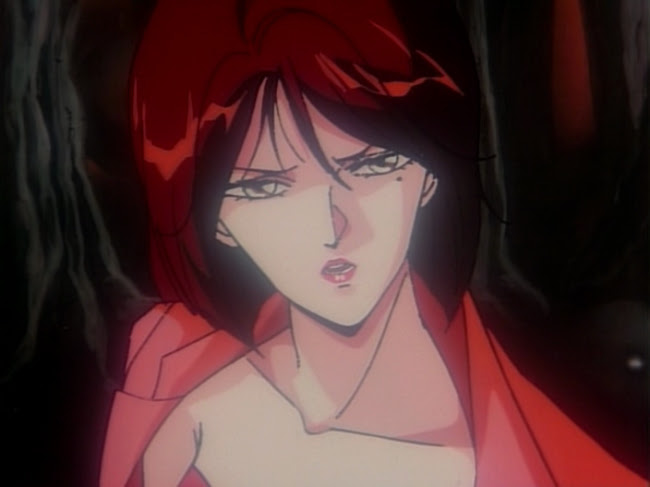 The story's almost more like a renegade cop story than any kind of vampire story. Himiko Se (Mami Koyama) is a sort of psychic detective through whose point of view most of the OVAs are told. She's a not a terribly interesting character; she's there mainly to be shocked by Miyu (Naoko Watanabe), who turns up giggling mysteriously when Himiko is investigating the supernatural forces surrounding a dying child. We soon learn that Miyu is also focused on protecting humanity but Himiko won't accept the fact that the girl does it while being a vampire and looking wicked. 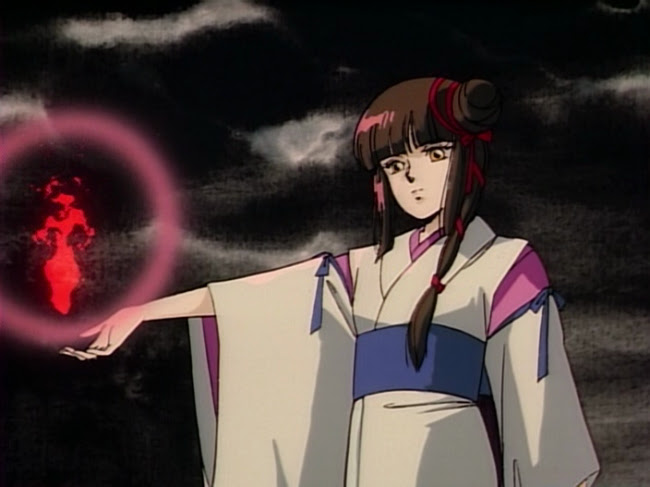 Attending university classes now where people seem fascinated by the post-modern transition where previously villainous character types were becoming heroes is a slightly strange experience. For kids like me growing up in the 80s, it was just normal. Already a plot like the one in Vampire Princess Miyu might have seemed unremarkable and safe, a very long time before Twilight. But the OVA successfully creates a disturbing atmosphere from its use of weird, echoing, squishing sound effects, its lingering pacing, and the icy soundtrack by Kenji Kawai. 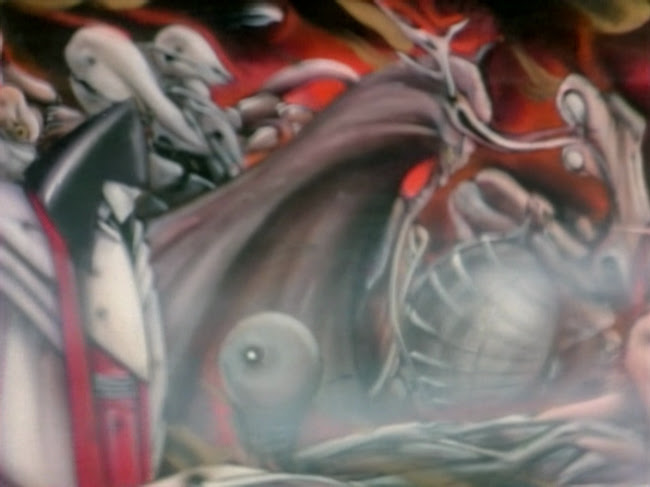 The first episode has some visually boring moments in the "real" world of buildings painted with pastel primary and secondary colours. But otherwise the OVA has some really nice, strange imagery, from the forest of body parts and dead trees that seems to fade in and out of existence to the art nouveau elegance of Larva and Miyu. 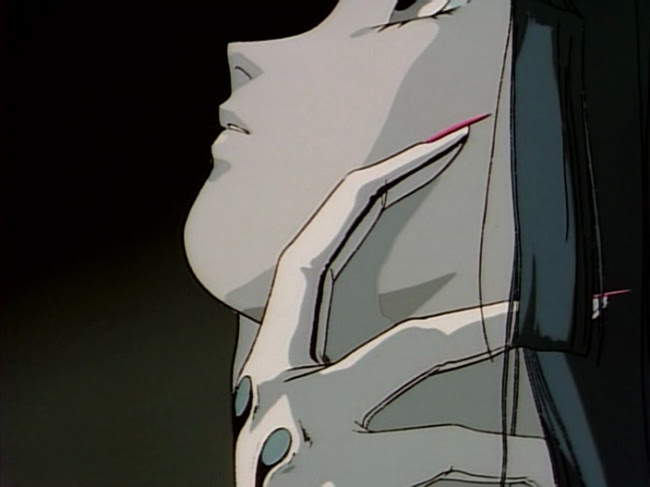 With plots that focus on characters voluntarily and involuntarily losing their souls there's a real sense of menace in the mystery surrounding Miyu's motives and the demons around her.