The Killings of Every Day 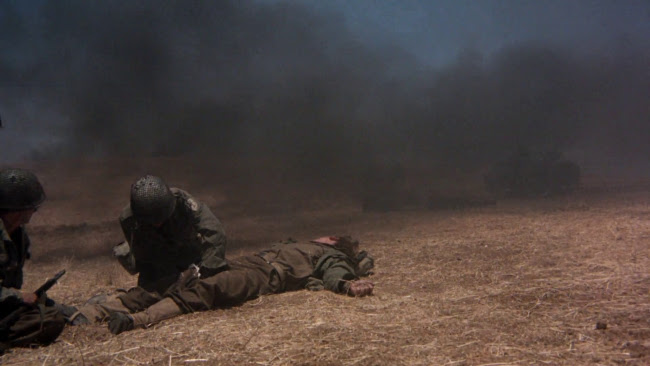 Many filmmakers have endeavoured with varying degrees of success to convey the visceral feelings evoked by the experience of war from the point of view of a soldier. Director Samuel Fuller had an advantage over most in that he was actually a World War II veteran and his experiences inspired much of his 1980 film The Big Red One. Less a movie about war than it is about being a soldier, this fascinating and beautifully shot film avoids heroic speeches of 40s and 50s war films or the complex psychological trauma of modern war films and instead depicts the humdrum and strange reality of being a killer every day. 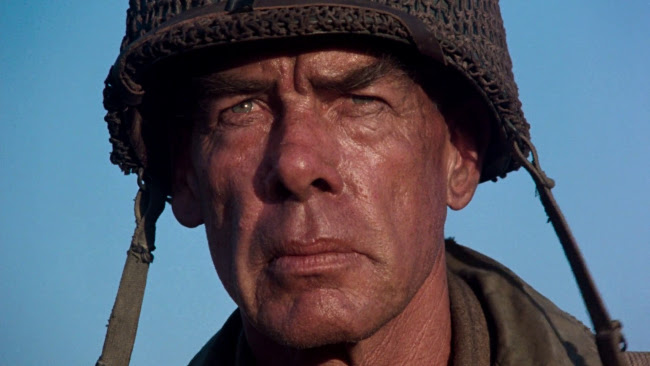 At the centre of the film is a sergeant played by Lee Marvin. We don't learn his name or much about him that isn't part of his identity as leader of a squad in the Big Red One, the U.S. army's first infantry division. In a brief prologue, we meet him as a younger man serving in World War I when he accidentally killed a German soldier hours after the end of the war had been declared. When we catch up with him in charge of the World War II squad he's explaining to the men that they're killers but not murderers. This scene is immediately followed by a scene of a German officer telling his men the same thing. 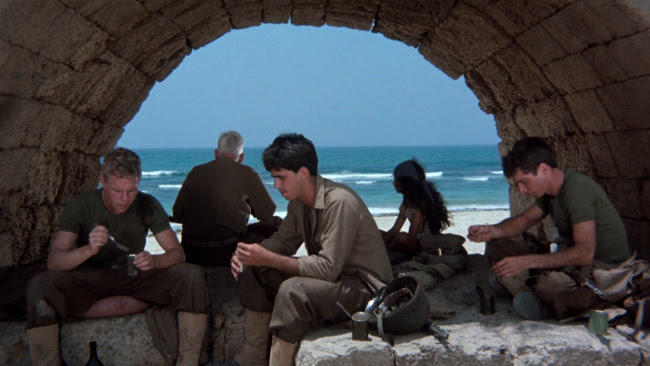 Although there's a sense of wanting the sergeant's squad to succeed, there's never quite a feeling of good guys versus bad guys but one team against the other--until the end of the film, that is. The film ends with a recreation of something Fuller experienced as a soldier, the capture and liberation of a concentration camp. As Roger Ebert notes in his review, here we see the contrast between killer and murderer. 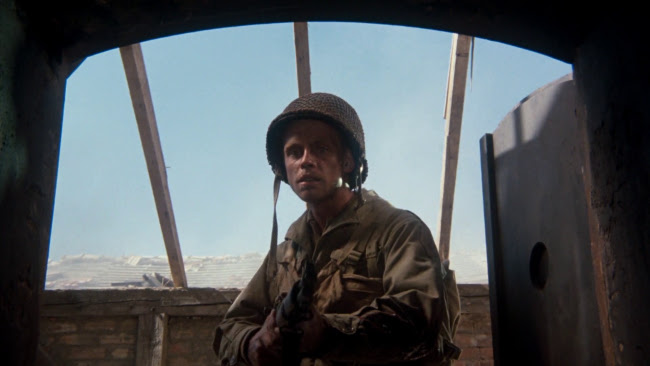 Mark Hamill plays Griff, one of the soldiers, and he gets second billing but the film doesn't focus on him more than any other member of the squad. Robert Carradine plays Private Zab, the narrator and apparently fictionalised version of Fuller. Early in the film he does seem to construct Griff as a protagonist in a story, focusing on his brief impulse in one scene to desert. But the film is comprised of small stories strung together with generally no real single protagonist except maybe the sergeant. There's a surreal quality to them--a scene where the German officer hides behind the same crucifix that was in the opening the movie, where Marvin's character accidentally killed a man in World War I, is one of several that seems to suggest a simultaneous meaninglessness and poignancy of traditional morality. 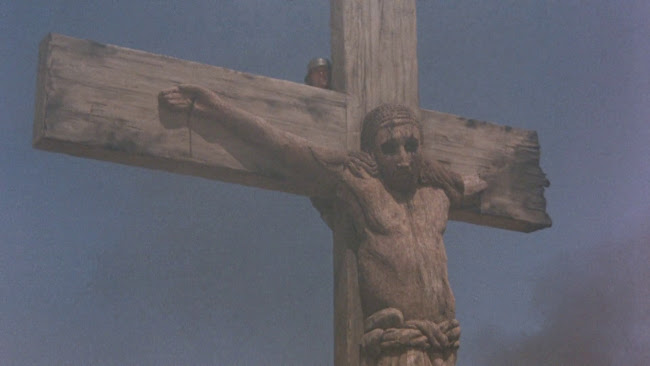 Eventually everyone needs to go back to respecting all fellow human beings but not now. They're required to hold a peculiar double view of reality. Another scene in a mental asylum that seems to echo one in Luis Bunuel's Viridiana plays off The Last Supper when the squad attacks the place because German soldiers are hiding there. One of the inmates picks up a gun and, in an inspired, insightful piece of dark humour, starts shooting people as he's seen the soldiers doing yelling, "I'm sane!" 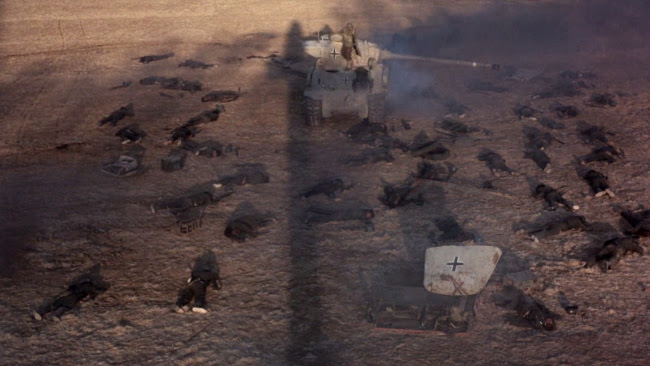 There are a lot of great images in the film. In one of my favourites, a little girl gives the sergeant his helmet which she's decorated with flowers. When one of his men points out the flowers will make him stick out like a sore thumb, he puts it on saying simply, "I like the smell." 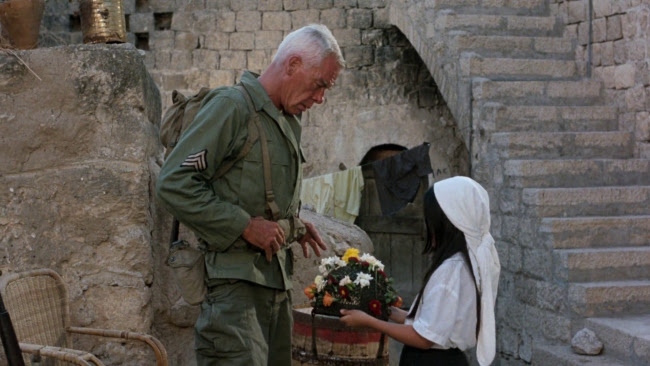