The Dawn of the Mart 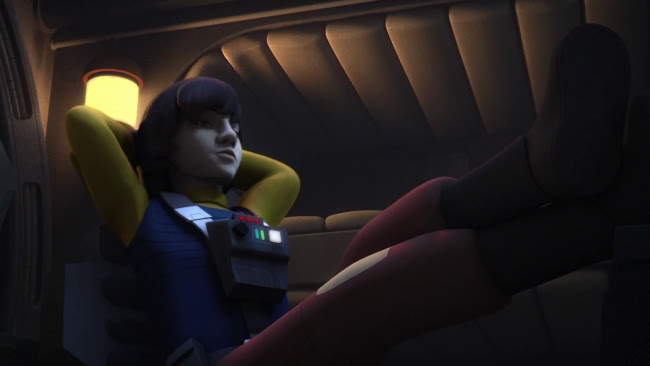 Here's a face I bet you didn't expect to see on the new Star Wars: Rebels! That dashing young rogue in his trademark vest, piloting his lopsided freighter directly at overwhelming Imperial forces--never tell him the odds! Yes, that's right, it's . . . Mart! Mart Sato, whose carefully rendered wavy black hair in no way indicates this was a model the production team spent a lot of time on before being told by the higher ups at Disney that they could not make use of a certain character from the movies. No, clearly the producers were just excited about introducing us to . . . Mart! 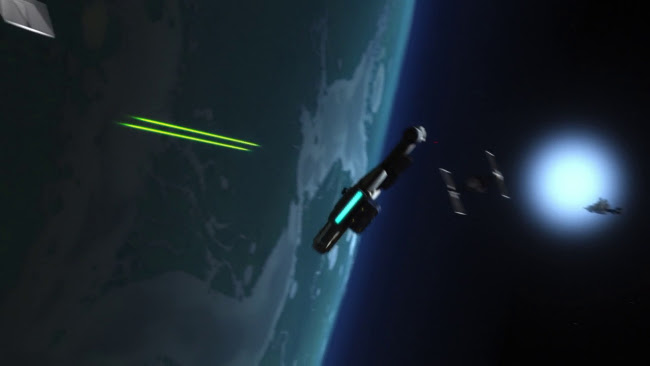 Well, it's been pointed out that Mart's ship is a dead ringer for the Outrider, the ship belonging to Dash Rendar, the roguish smuggler who filled in for Han Solo in the Expanded Universe novel Shadows of the Empire, set between The Empire Strikes Back and Return of the Jedi. If Mart is Dash, either they've recast him as Asian or this Asian kid is going to dye his hair blonde at some point and maybe get plastic surgery. Or is Dash a ginger? I don't quite remember. Anyway, those of us who might've thought Mart was a Han Solo clone might now take solace in the possibility that he's a Dash Rendar clone . . . who was himself a Han Solo surrogate, so a copy of a copy. Unless it is Dash Rendar in which case it's the genuine reproduction.

It was hard to focus on much else as I puzzled over what they're trying to do with Mart. Egad, I really won't blame him if he plans on changing his name. 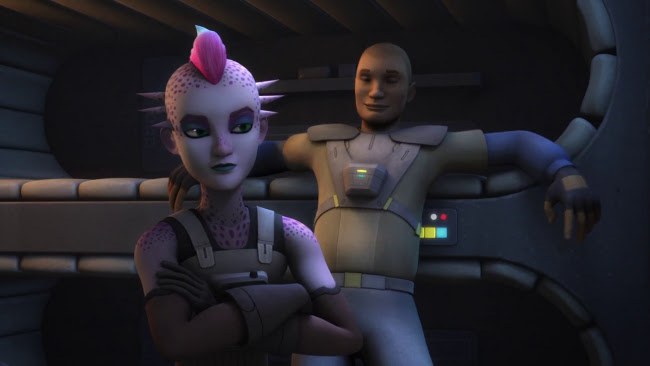 He's head of the "Iron Squadron", a group of kids who, aside from Mart, oddly resemble members of the Ghost crew; a wilder version of Sabine and a human version of Zeb and a version of Chopper with a pointy head. The Iron Squadron is single handedly fighting against the Empire to frustrate their attempts to dominate their green and pretty world. 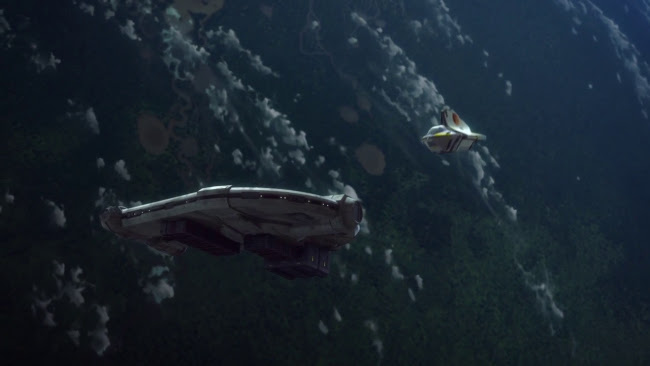 This was a pretty nice looking episode, and I like the lighting in the new shuttle the Ghost crew has: 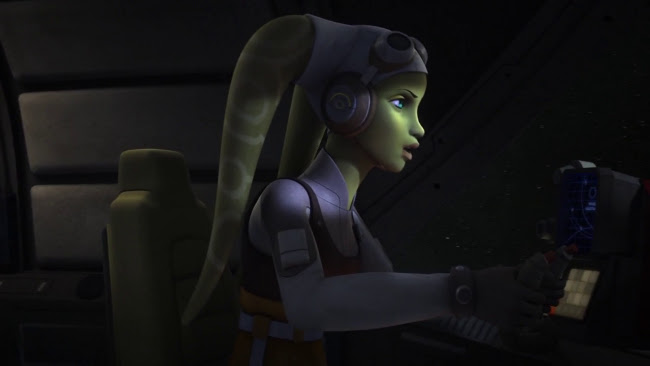 Another old Expanded Universe character is in the episode, Grand Admiral Thrawn, who craftily sends his admiral with only one light cruiser to deal with the Iron Squadron and the Rebels despite the admiral's request for twelve ships. Clearly, Thrawn has something up his sleeve. I have no idea what since the episode ends with Commander Sato, Mart's uncle, coming in with a Corellian Corvette. The theory I had was that Thrawn was sending in a light enough force to draw the Rebels into attacking when they might have simply ran from twelve Star Destroyers. The only satisfaction Thrawn seems to end up getting is getting the answer to his question as to what would make Commander Sato come back to this system. Well, maybe Thrawn's strategy would become clearer later. 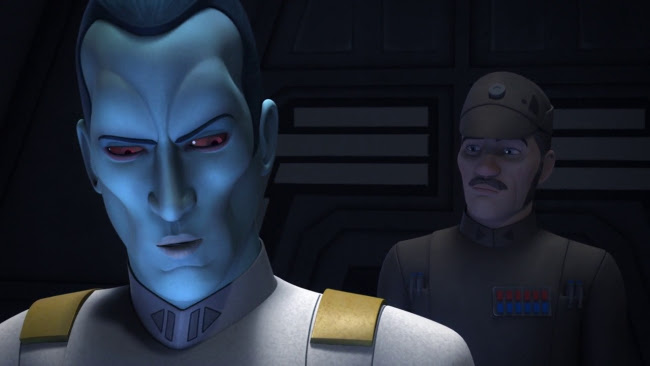 A golden needle changed to feathered pain.
In symbols wrought of moons and vines they speak.
Through windows old and sharp the point remained.
Among the cases sold the dagger's weak.
A myst'ry turns the starry wheel to drive.
The shifting shapes collect behind the trees.
On dishes, stumps, and bogs, they'll always thrive.
A march of halberd guards recursed to keys.
Atop the pudding cake, there's mistletoe.
Misplaced vacation plans adrift indulge.
From in volcanic crashes greet the foe.
From out the whale the ashes us divulge.
Upturned the coffee cup exposed a sludge.
In rocky matters blocks'll never budge.

Posted by Setsuled at 2:23 PM
Email ThisBlogThis!Share to TwitterShare to FacebookShare to Pinterest