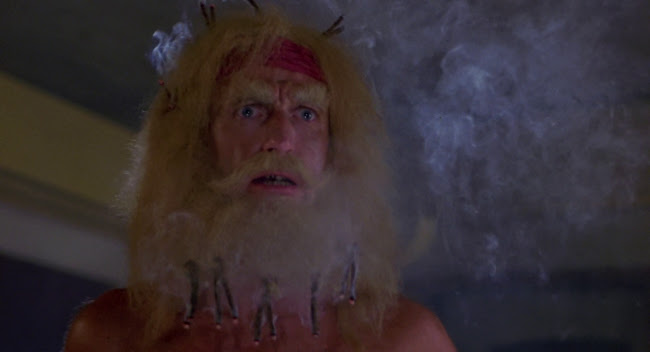 Sometimes a movie is a great deal less than the some of its parts. One of the most infamous examples being 1983's Yellowbeard, a film that's been good-naturedly derided by its own writers and stars ever since its release. Yet this peculiar combination of British and American comedic talent couldn't fail to have some virtues, among them a keen awareness of historical detail and, yes, even one or two moments that are genuinely very funny.

To start with something not funny, the film has an extraordinary number of brilliant dead people--Graham Chapman wrote the film and also stars as Yellowbeard the pirate; Peter Boyle plays Moon, his duplicitous compatriot; Peter Cook stars as Lord Lambourn and co-wrote the film; Marty Feldman plays another confederate of Yellowbeard's and actually died during the film's production; Madeline Khan plays Betty, Yellowbeard's lover; James Mason plays it beautifully straight as a captain in the Royal Navy named Hughes; and David Bowie has a cameo as The Shark. 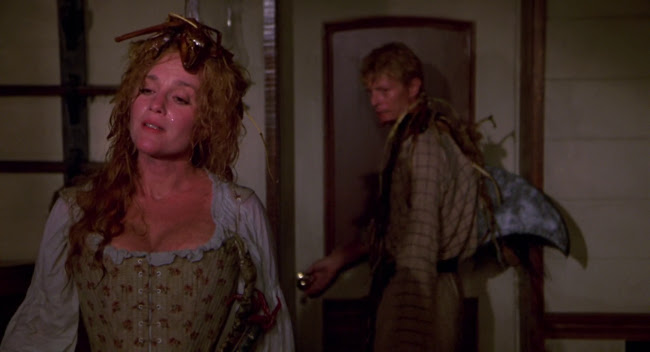 This is one of the funny moments, a throwaway absurdity that teeters dangerously close to making sense--Betty having just been dunked in the water in the effort to make her reveal the location of the treasure is brought in to the captain's cabin by the shark. It's a very Monty Python-ish joke and in addition to Chapman the film features two other Pythons, Eric Idle and John Cleese. 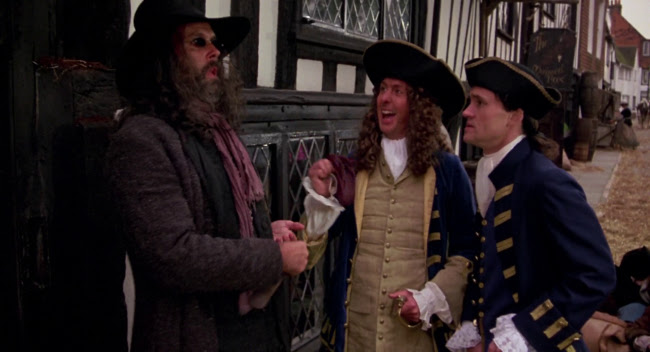 Cleese looks improbably badass in his black hat and glasses as a blind informer whose sense of smell and hearing allows him to identify Yellowbeard the moment he steps into the room. 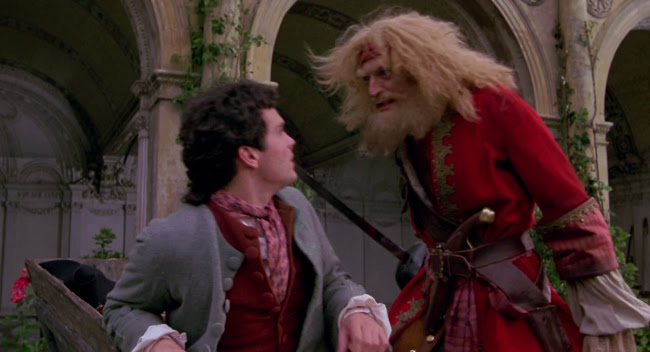 Yellowbeard, played with unabashed, growling ferocity by Chapman, is a parody of Blackbeard; not Blackbeard as portrayed in film so much as Blackbeard as he exists in historical accounts of him. Like the first two Monty Python films, there's a lot of humour here that presumes education in its audience is it directly makes fun of history. 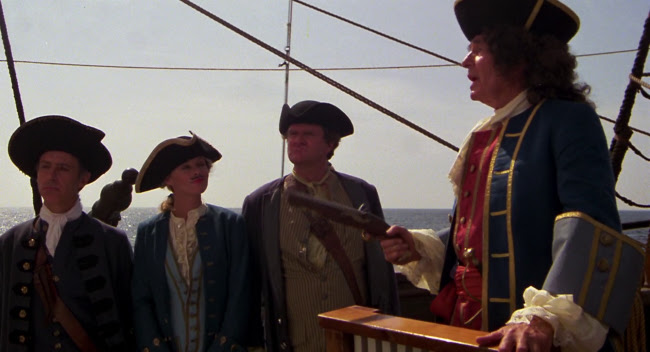 My favourite line in the film is spoken by James Mason who detains three of the main characters on deck and announces to the crew, "These three people posing as pressees are in fact foul stowaways!" The idea that pressed men--men randomly taken off the streets by force to serve on ship--are stowaways is a subtly hilarious paradox and a nice manifestation of comfortable hypocrisy always at ready in aristocratic rhetoric. 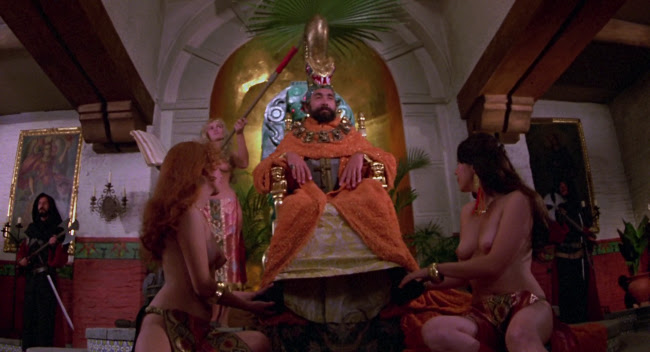 And the movie has Cheech and Chong as a pair of pirates who find themselves suddenly worshipped on an island where the treasure is located. I liked the doorway that was modified for Tommy Chong's hat: 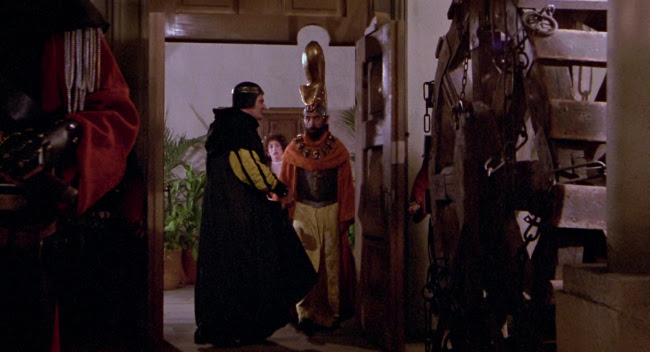 Posted by Setsuled at 12:55 PM
Email ThisBlogThis!Share to TwitterShare to FacebookShare to Pinterest