Pictures Made Without Intent 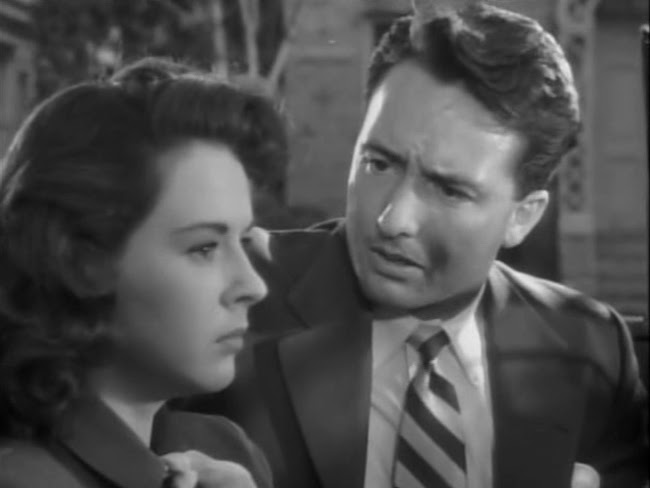 Under the Hays Code, movies couldn't directly reference sex, so of course the topic of rape wasn't dealt with directly, either. As the Hays Code lost potency before it was abolished altogether, a couple films were made that finally addressed the topic, the second being 1950's Outrage. The first was 1948's Johnny Belinda which is a better film but Outrage was one of the very few Hollywood films directed by a woman, Ida Lupino. While not as good as her later films The Hitch-hiker and The Bigamist, Outrage effectively portrays some aspects of what a woman went through after becoming the victim of sexual assault in the mid-twentieth century U.S.

Ann (Mala Powers) and her fiancé finally decide to get married as the film opens. It takes some doing for Ann to convince her boyfriend to ask her parents' permission but, in a slightly awkward dinner scene, Ann's father finally agrees and the two young people are excited to announce their engagement the next day. 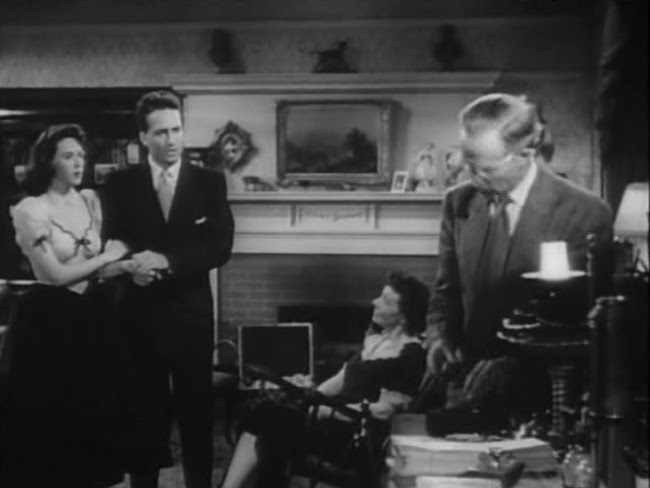 The sequence in which Ann is raped is oddly stylised compared to the rest of the film's relative realism. She finds herself running through peculiarly quiet and empty streets filled with long Expressionist shadows. The rapist is the owner of a food cart Ann goes to for lunch by her work but she doesn't recognise him. He stalks her wearing a hat and leather coat. 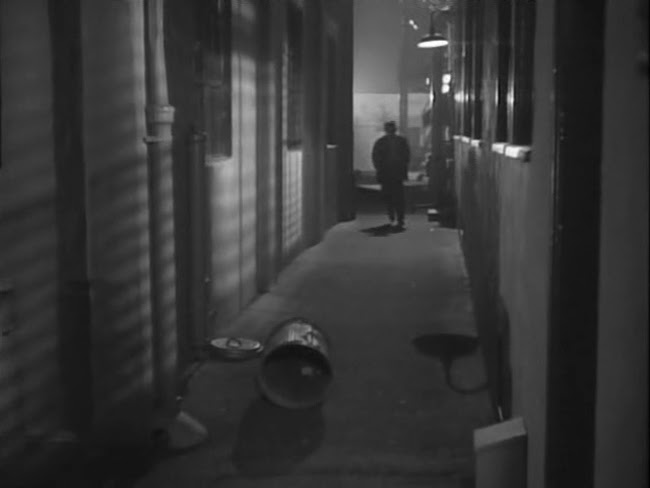 The soundstages and lighting give it a dreamlike quality. But more realistic is the portrayal of the aftermath in Ann's social groups. It's easy to see why Lupino began the film by showing Ann as part of a traditional and normal relationship and engagement with all the undercurrents of male possession--her father transferring the rights to Ann to her fiancé. As Ann suffers from the trauma of her experience, she's acutely aware that whatever the two men say they'll never be able to look at her the same way again. So she runs away from home and, despite the fact that she's an adult, it's treated as criminal with police pursuing her at her parents' request. One might think they're searching for her under the belief that she's been kidnapped but there's still the impression of Ann being pursued and oppressed by an identity for her existing in the minds of everyone around her. 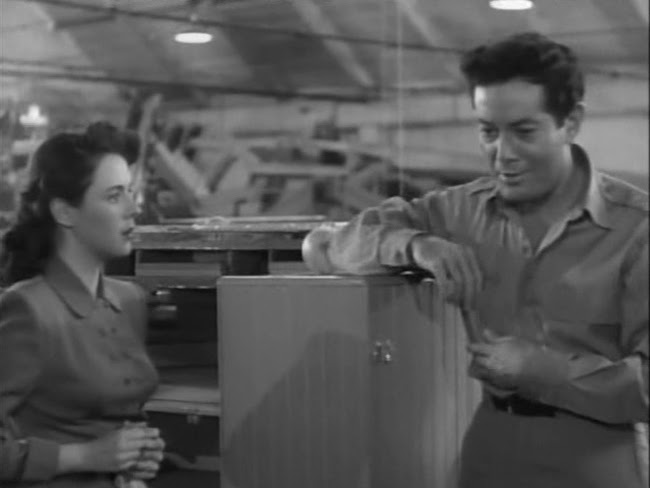 She starts a new life under a new name in another town after Reverend Bruce Ferguson (Tod Andrews) discovers her unconscious on a roadside. She'd twisted her ankle and had passed out from exhaustion. Most of the film takes place in this new town where Bruce slowly starts to fall in love with her and she gets a job packing fruit. The narrative is pointedly similar to a noir like Out of the Past--Ann, like a criminal, has something about herself she feels necessary to conceal and is fearful of the inevitable reactions when people find out. The climax of the film may both be over the top but it also makes clear the fundamental presumptions even the most well-meaning characters have about the submission women owe to men.

Posted by Setsuled at 4:58 PM
Email ThisBlogThis!Share to TwitterShare to FacebookShare to Pinterest