Picking Up the Ruler's Toys 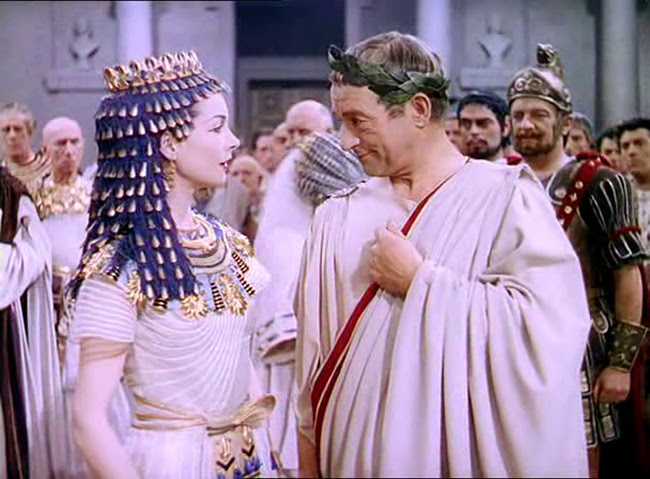 How often did conquest involved the gentle, paternal instruction from one side to the petulant and mischievous little girl on the other? My guess would be just about never except in the world of George Bernard Shaw's play brought to screens in 1945 called Caesar and Cleopatra. This impossibly gentle and almost domestic patriarchal tale is at turns sweet and too ridiculous to be insulting, even if it was meant in earnest which I doubt. The gender politics may be a little murkier than at first glance due to some fascinating characterisation of Caesar and it's beautifully shot, featuring good performances from Claude Rains and Vivian Leigh in the title roles.

Strolling about the desert as his army marches through Egypt, Caesar sees a Sphinx and starts talking to it, comparing himself to it in several ways including, surprisingly, womanhood: "I am he of whose genius you are the symbol: part brute, part woman, and part god." 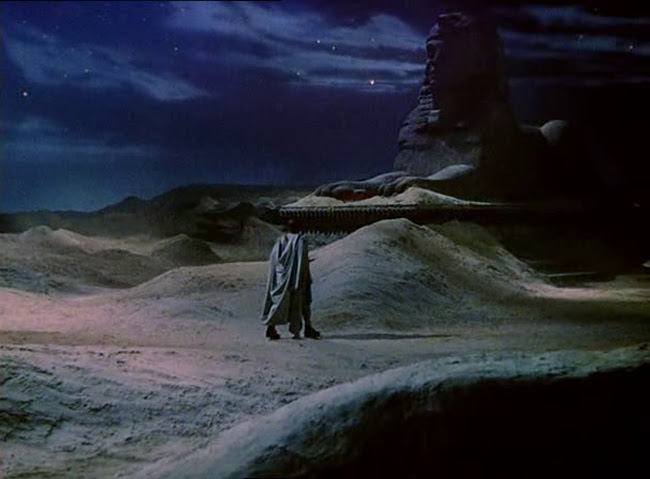 Before he can elaborate on this, a voice speaks from the Sphinx who turns out to be little Cleopatra, hidden among some poppies. Caesar is able to simply wander with her to her throne room and he begins instructing this child who's charmed him in how to act like a queen. The movie, the screenplay to which was adapted by Bernard Shaw himself, suggests there was never a sexual relationship between the two with Caesar acting as an impossibly benevolent and indulgent father figure. He takes over Egypt with a kind smile, ending up in a temple defended by fifty men against thousands. He has a reputation for not killing anyone, for letting all prisoners go. At one point when it looks like he and his officers are about to be overwhelmed, he's tickled by the need to jump into the sea and swim away. 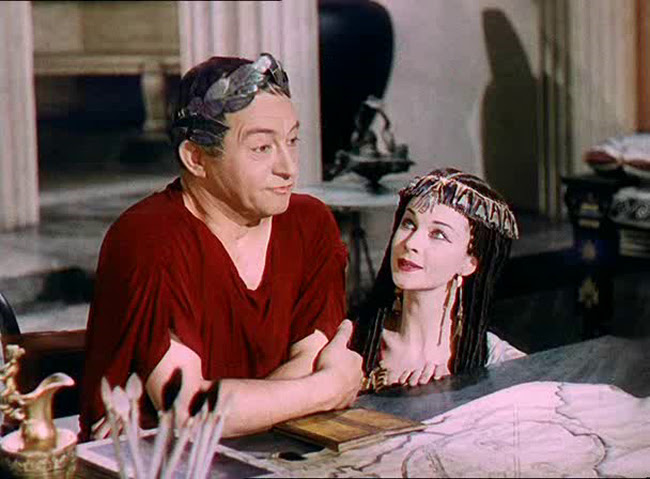 He gets the idea from an artist and merchant named Apollodorus (Stewart Granger) who brought Cleopatra to him rolled up in a rug. This famous episode in Cleopatra's life is here put down to childish playfulness with papa Caesar. Anyone looking for the strong, politically savvy Cleopatra won't find her in this film. Leigh is here more petulant and kittenish than her character in Gone with the Wind. 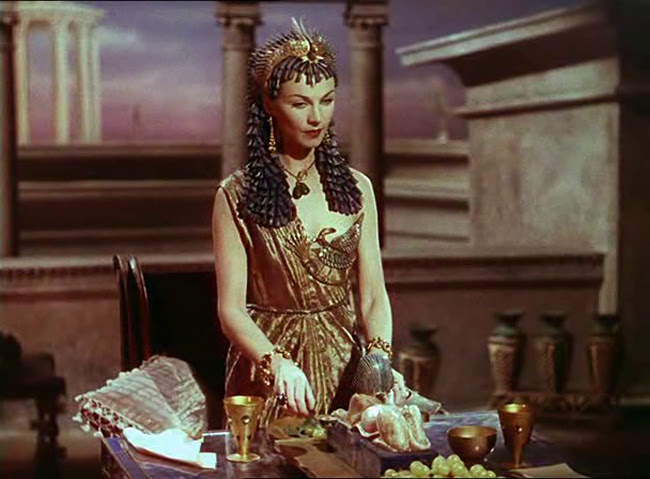 But her and Caesar's relationship is so extreme, is such the fever dream of a zealously Victorian mind, it's very hard not to take as satire, whether it was intended as such or not.

The costumes in this movie are pretty amazing, particularly Cleopatra's. 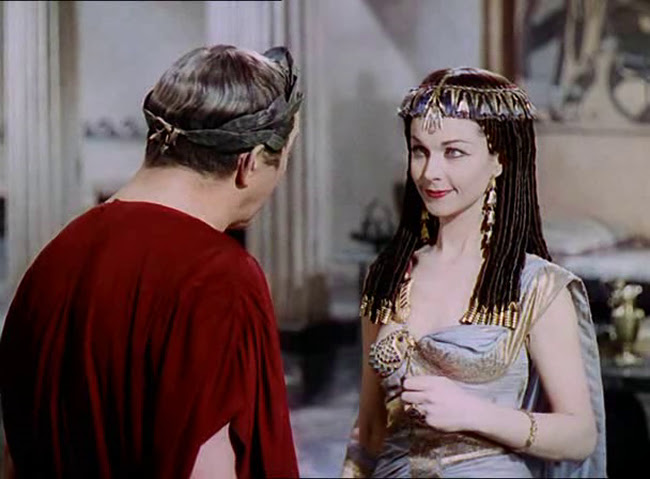 Posted by Setsuled at 8:17 PM
Email ThisBlogThis!Share to TwitterShare to FacebookShare to Pinterest