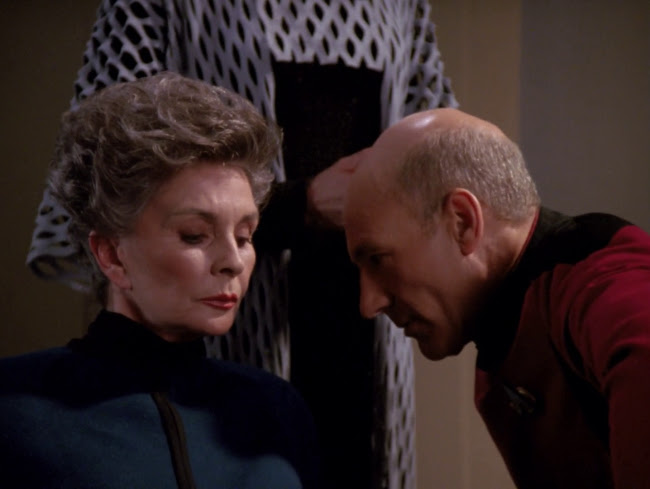 In his Thanksgiving message to-day, Donald Trump concluded by saying, "Let us boldly face the exciting new frontiers that lie ahead." It seems like it's an allusion to the opening of Star Trek, perhaps unintentional, perhaps as a nod to his redirecting NASA funding away from climate change research and into space exploration. Republican presidents generally do seem to put more emphasis on funding space exploration, at his point I figure it's due at least in part to the fact they've given up on Earth. They're getting ready to exhaust the resources and destroy the ecosystems of other worlds.

As it happens, I was watching Star Trek last night, a timely episode of Star Trek: The Next Generation called "The Drumhead". 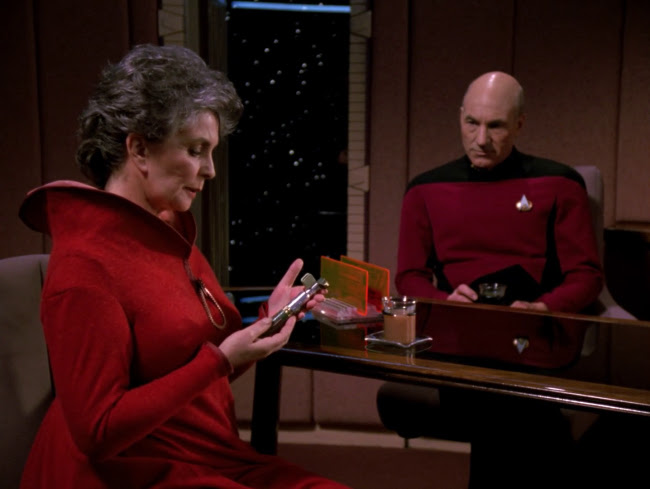 I was looking forward to watching it because of Jean Simmons who guest stars as Admiral Satie. I hadn't seen the episode since I was kid, when I wouldn't have appreciated Simmons, but now I've seen her in innumerable 50s sand and sandal films as well as the great film noir Angel Face and Powell and Pressburger's Black Narcissus. It turns out she's an integral part of what makes the episode work so well. Satie is sent to the Enterprise to conduct an investigation and interrogations related to a Klingon who confesses to being a spy for the Romulans. 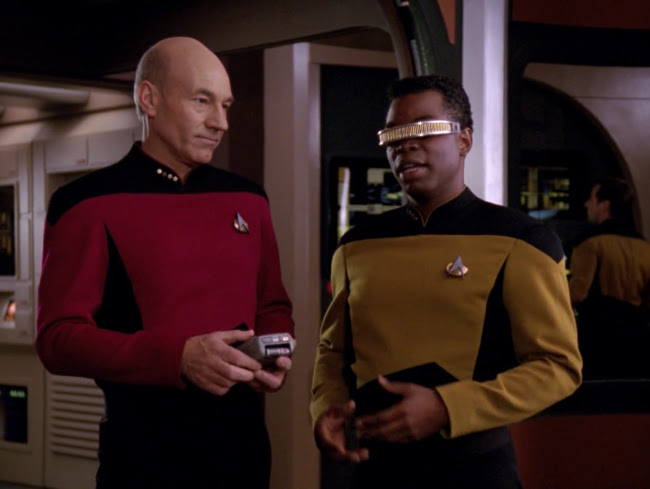 After his guilt is established, the investigation starts looking for accomplices as they figure there must be since, in addition to the information the spy was caught with, there was also an explosion in engineering that damaged the warp core. Satie, Picard, and her advisers interrogate one officer who at first claims his grandfather was Vulcan before admitting under emotional strain that his grandfather was actually Romulan. 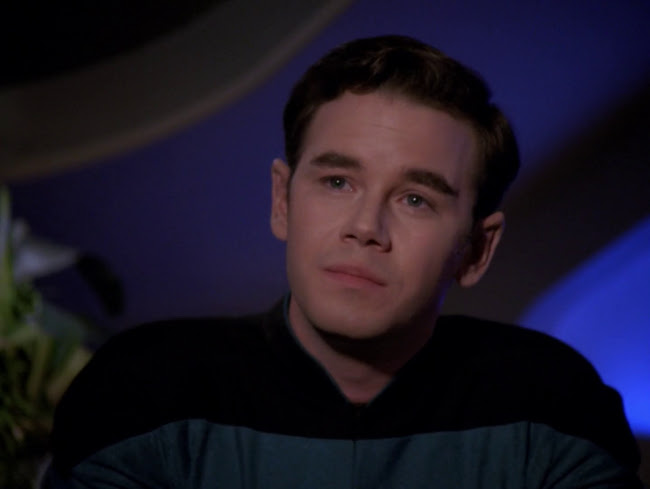 Satie's Betazoid assistant detects that the young officer is lying though it's not clear what about. They assume it has to do with the explosion in engineering but instead he was lying about his heritage. The young officer is ashamed of having hid it but it seems he had good reason to do so when this becomes a clear motivating factor in Satie's focus on him. Not unlike a presidential candidate who recently claimed a judge's Mexican heritage disqualified him presiding over a case. 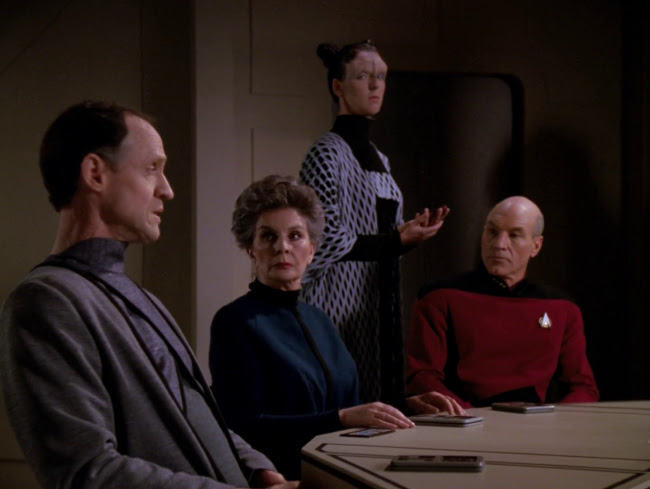 Simmons portrays Satie not as a two dimensional villain but invests in her a sense of genuinely believing what she's doing is right. The episode nicely puts events from past episodes into a context where you can see how important it is to avoid drawing conclusions based on emotion and circumstantial evidence, as when Satie brings up the Romulan spy the Enterprise unknowingly aided in the episode "Data's Day". We know Picard and the crew were perfectly innocent in the matter, but it's easy to see how someone looking from the outside might not see it that way. The episode ends with a timely observation by Picard:

Posted by Setsuled at 12:10 PM
Email ThisBlogThis!Share to TwitterShare to FacebookShare to Pinterest