Walking with His Face 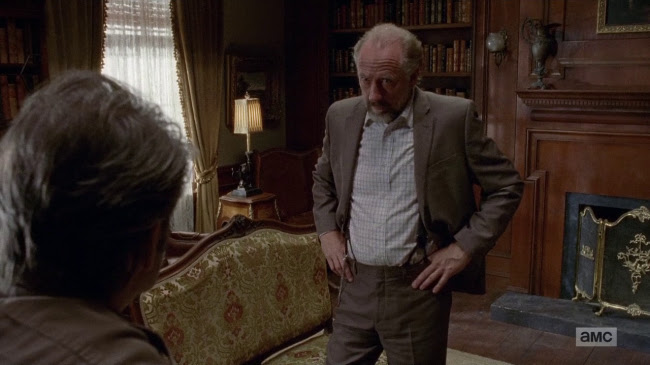 For me, the highlight of last night's new episode of The Walking Dead was Xander Berkeley as Gregory, the leader of Hilltop. But overall, it was a relatively decent episode and puts some more irons in the fire of people who really, really want to kill Negan. 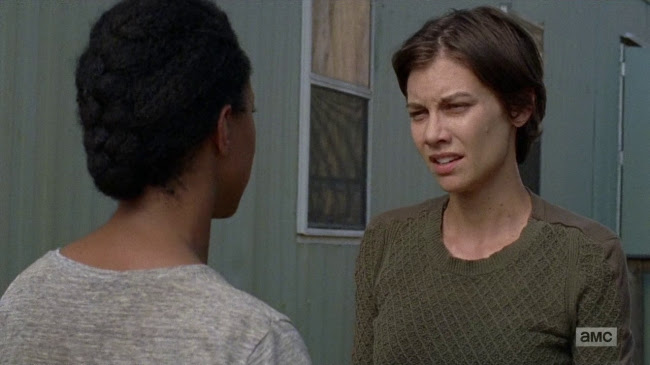 Maggie is more or less at the centre of the episode and it was nice to see what looked like actress Lauren Cohan's actual hair after the bad wig she'd been wearing in her previous couple of appearances. Though, honestly, I think she looks better with long hair. But she certainly looks leaner and meaner now. 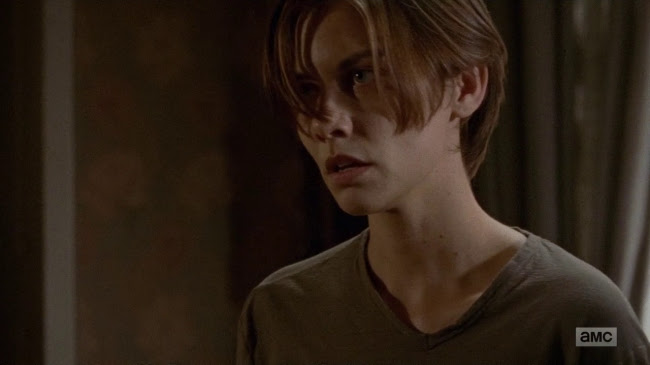 Once again, she jumps into the fray despite having been told to take it easy for her baby's sake. It's getting kind of weird at this point, you'd think her and Glenn's baby would be even more important to her now. But being pregnant certainly hasn't slowed her down; she get that tractor up and running before anyone knows what she's doing.

I like the exchanges between her, Sasha (Sonequa Martin-Green), and Jesus (Tom Payne). The really obvious hinting at Maggie becoming leader of Hilltop makes me look forward to that happening. Less enjoyable was the Carl (Chandler Riggs) and Enid (Katelyn Nacon) subplot. 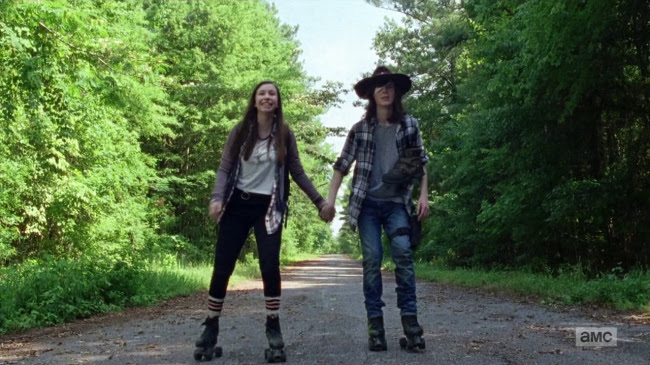 Just a couple of kids having a good time. What a wasted opportunity to show them roller skating away from zombies. Well, maybe that's yet to come. I suppose Carl's probably not going to get killed on his assassination mission though he sure seems stupid for trying it alone.

This is definitely not a show you can just start watching in the middle of a season, having never seen it before. I have seen all the previous episodes but it still took me a long time to figure out what Carl and Enid were talking about where she finds out he thought he saved her. That's even with the "Previously on The Walking Dead" clips showing him locking her in that room. We are in the age of television designed for binge watching. 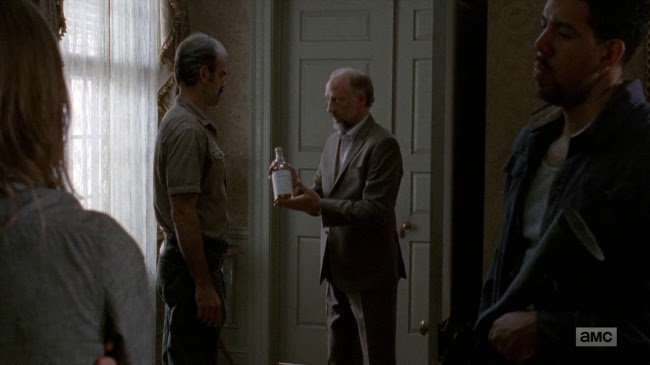 But as I said, Xander Berkeley was my favourite part. I love how straight he plays Gregory--when he's pretending not to know people's names, he doesn't put any hint in his performance, no wink, that Gregory is bullshitting, relying on the absurdity of the idea to say it for him, that he can never remember anyone's names. In his scenes with Simon (Steven Ogg) he strikes a perfect balance between wanting to keep his habitual air of authority, wanting to seem completely subservient to the Saviours, and being intensely uncomfortable. The discomfort in his body language is so credible even at the same time you can see he's an expert at controlling his body language. 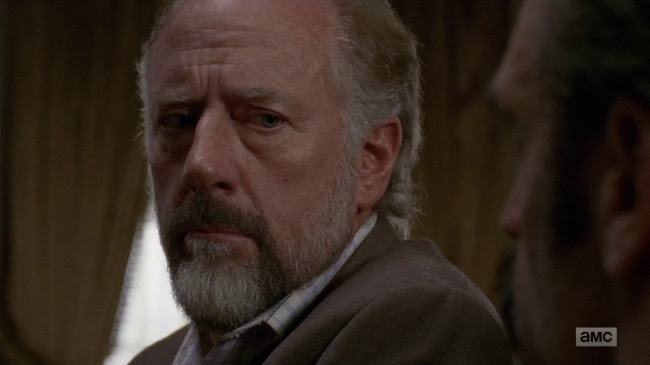 My favourite bit was when Simon asks him if there's anything else he has to tell him and you can see Gregory deciding whether or not to give up Maggie and Sashia while being conscious that he shouldn't look like he's deciding anything. He's clearly aware of the hints of guilt and fear that show up on his face and you can see it forces him to realise Simon can see it. Really well done.