Broken Brakes and the Hell Downhill 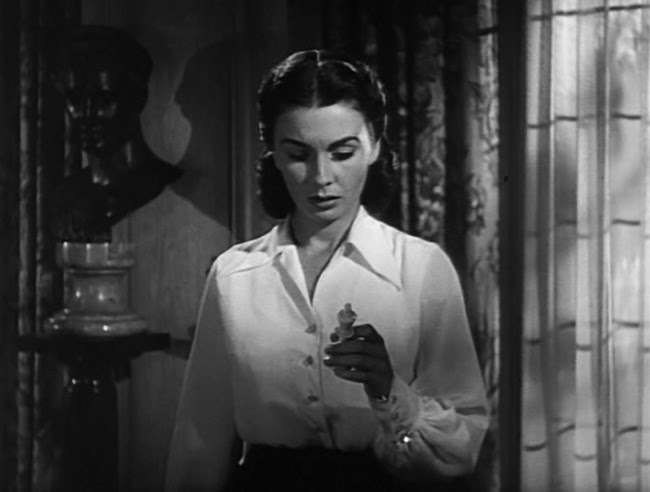 What happens to the femme fatale who knows she's a femme fatale? Otto Preminger's extraordinary 1953 film Angel Face is a film noir that, with fascinating brilliance, weaves a moral knot to challenge the cultural conscience in large part by subverting or extending expectations of the typical noir story. 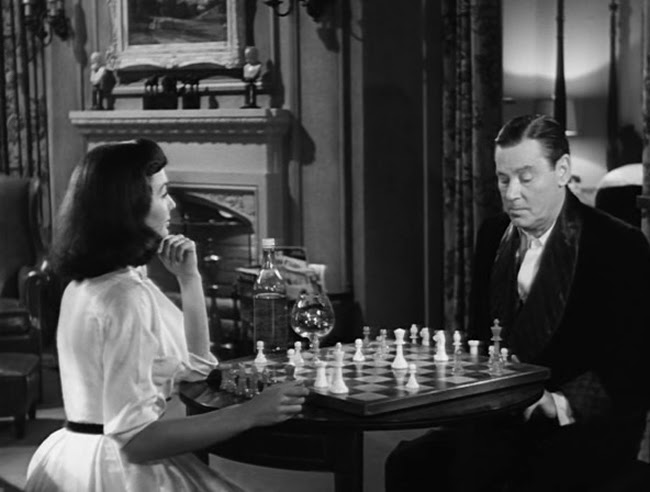 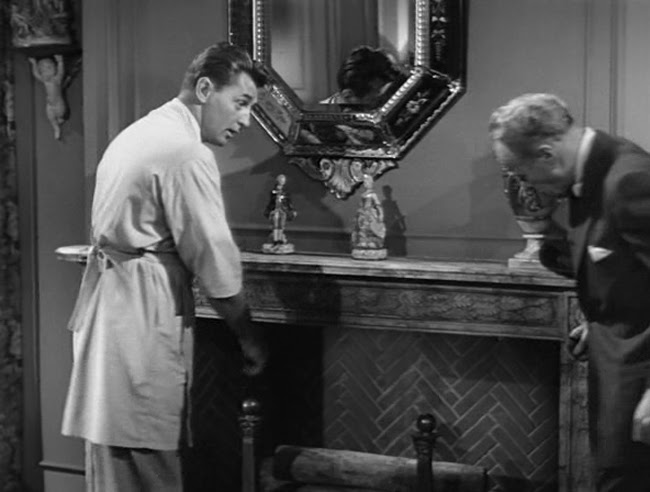 We learn later that, after the death of Diane's mother, Diane had become devoted to her father and became fiercely jealous of her stepmother. Since Catherine's wealth would go to Diane's father if she died, it's not hard to see right through Diane to her motives. It's not hard for us and it's not hard for the other characters, particularly Frank, played by the film's top billed actor, Robert Mitchum. 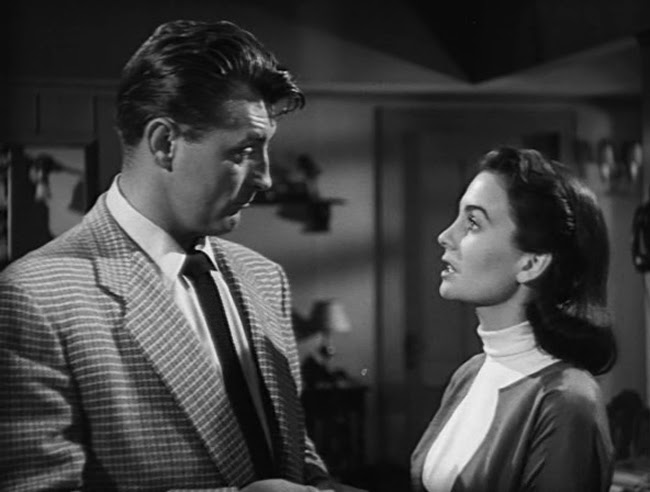 The biggest star in the film at the time of its release, Mitchum's character is fascinatingly sidelined at first. He's just one of the paramedics, he's not even framed in shot like the protagonist, the story doesn't seem to be from his perspective. If he weren't Robert Mitchum, the first viewing audience would have no idea he's important until after he comes downstairs from Catherine's room and spots Diane hysterically crying. 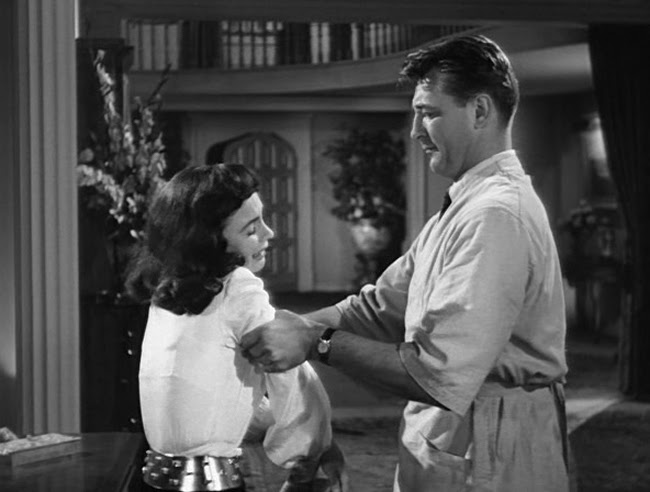 He coolly slaps her, explaining that's what it says to do in the manual for a case of hysteria. On the one hand, this was actually the conventional wisdom at the time for responding to someone who seems to violently be losing emotional control. On the other, the fascination Diane seems to feel for Frank after he slaps her seems far from innocent. Does she see someone whom she could manipulate into killing a woman like her stepmother? Maybe. 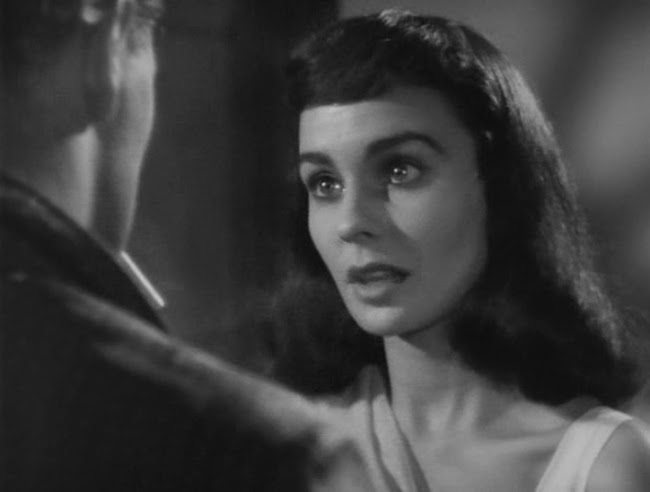 Except no-one falls for any of Diane's attempts at manipulation. Not Frank, not Frank's girlfriend Mary (Mona Freeman) whom Diane arranges a meeting with to apologise to for keeping Frank the night before, telling her how innocent it was. Of course Diane's real purpose is to inform Mary as to what Frank was doing and whom he was seeing, which Mary immediately calls her on. Mary and Frank have a pretty casual relationship and much more adult than young Diane, who's never even had alcohol, can know anything about. This doesn't stop Frank from sleeping with Diane--something that's implied as much as a movie can imply in 1953. 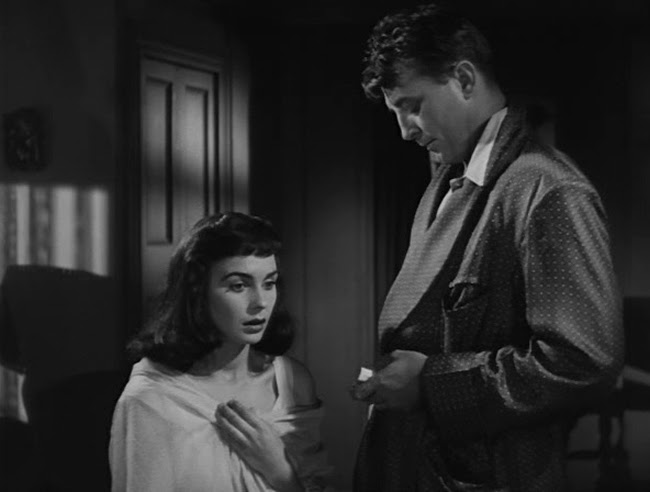 Frank is clearly older but Diane is past the age of consent and, anyway, it would have looked pretty normal for a man Frank's age to be with a girl Diane's age. But the film does present a clear issue of disparity in maturity. Diane's obsessive manipulations and even her desire to murder her stepmother look like dramatic behaviour of a teenager while few people come off as more adult than cool, worldly Robert Mitchum. Beyond some casual sex, he's not very interested in her but, he adds gently when she asks if he loves her, "I guess it's a kind of love." 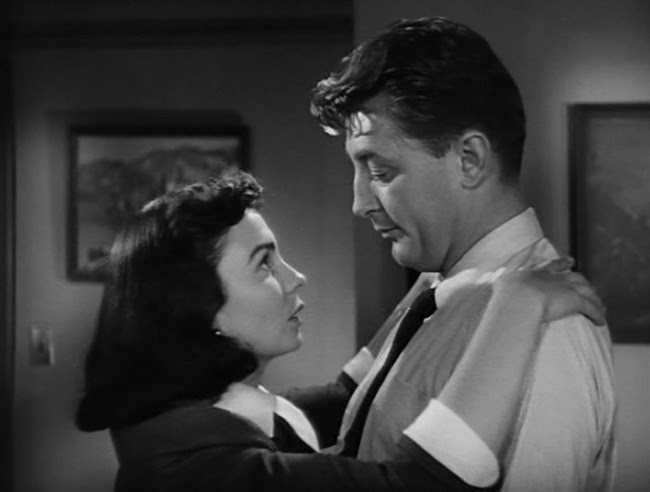 But the really amazing thing that happens halfway through the film is that Diane does mature a bit. Unfortunately it comes after an impressively convincing murder sequence. Diane's lawyer, who's more focused on clearing her of all charges, is less interested in whether or not she's guilty.

In the last act of the film, which is told almost entirely from Diane's point of view, the audience is given the task of wondering if she deserves to live or not--as she wonders the same thing. Is she really the same person who committed murder? Does that matter, especially since the law, which in movies at this point was supposed to stand in for true moral authority, apparently says she doesn't deserve to be punished? And even if she's not the person she was, she has to live with what she did. Simmons gives a very good performance and even better is Preminger's direction. He follows her ruminating alone in the mansion with noir shadows and uses a restrained touch as evidence for one thing or another is presented. 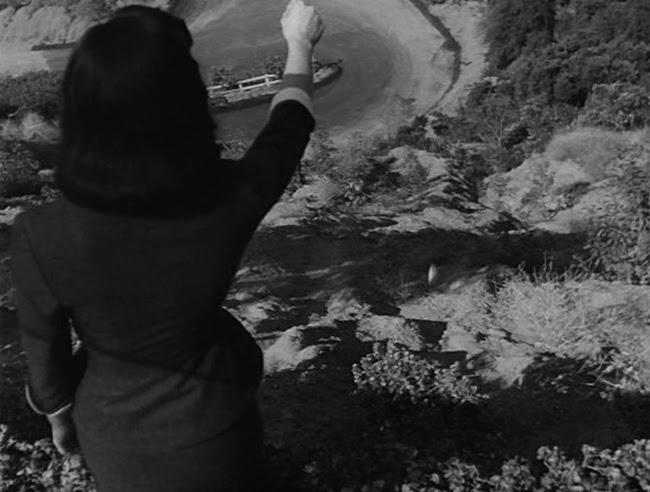