Trump and the Self-Destructive 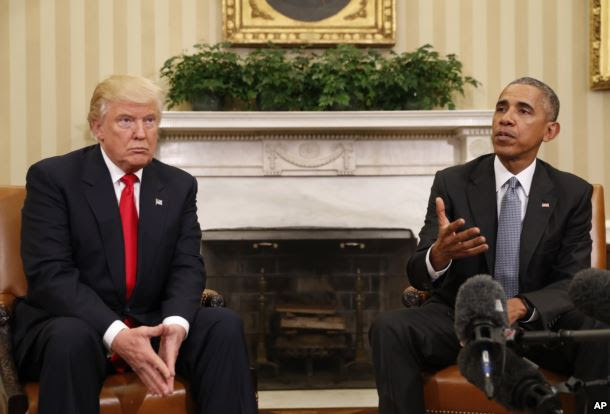 Well, it's been a week now since Donald Trump became president elect despite losing the popular vote by over a million votes. Everyone still seems a bit disoriented, especially Trump. I waver between thinking Trump's ego would've never suffered the loss--he did say he wouldn't consider the election legitimate if he lost--and the feeling that he never actually expected to win. He did run before and didn't even make it through the primary, maybe he figured it would just be good publicity.

I listened to The Howard Stern Show last week after the election. I've never seen The Apprentice so before he became the Republican candidate the only times I'd heard Trump speak at any length were when he appeared on the Stern Show and then during the campaign those appearances finally became in issue, seemingly rather late in the election season. Stern himself remarked how surprised he was quotes from Trump on his show took so long to make it into the news media. As I recall, and it's been a long time since I've heard those Stern Shows, Trump was mostly, relatively reserved--I mean, he answered questions about women he thought attractive, and etcetera, but this is normal fodder for an interview by Howard Stern. I remember Stern trying to coax Trump into admitting that he didn't really believe Obama was born in another country but Trump was never willing to give ground on that. Now Trump is talking about keeping aspects of Obamacare out of respect for President Obama, an example of his particularly worrying rhetoric of feelings influencing his policy decisions. Worrying and ironic since so many people voted for him based on his promise to "drain the swamp" in Washington of cronyism and special interests.

Howard Stern was in a strange position throughout the election because he's a friend of Donald Trump and he was a Hillary Clinton supporter. Stern liked Hillary Clinton so much he even favoured her over Obama when she was running against him. But Stern clearly didn't want to alienate Trump at the same time which, for all we know, may work out to everyone's advantage if Stern's in a position to influence Trump. That sounds crazy, right? Well, as Stern mentioned on his radio show after the election, at one time he, Howard Stern, had run for governor of New York. He had done it as a stunt but dropped out when it started to become clear he was probably going to win. Stern's an entertainer but he knew better than to put himself in such a crucial role when he wasn't remotely qualified. Trump didn't have this presence of mind.

Anyway, it seems like right wing media figures are the ones reaping the rewards of loyalty to Trump. Maybe the fact that Stern didn't replay damning interviews wasn't enough to keep him in Trump's graces while he was publicly supporting Clinton. But would Trump have a chance against Stern in an election? Yes, we're at the point where we need to ask questions like that--Michael Moore floated the idea of Oprah Winfrey or Tom Hanks running for president. Tom Hanks replied to Moore's idea in a lovely speech to the Museum of Modern Art. Hanks says the idea is ridiculous because he's unqualified but, of course, the humility in this statement in itself makes him more qualified than Trump.

Inevitably Trump's going to delegate tasks to people who are qualified, or he thinks are qualified--people no-one voted for, like his kids. The new normal way of electing a president may become a contest between charismatic figureheads.

There are different theories going around right now about how Trump got elected--I still find Michael Moore's the most convincing, that people in Michigan, Wisconsin, and Pennsylvania who are losing their jobs due to globalisation either bought Trump's line or voted for him just to send a "fuck you" to Washington, as Moore put it. The ironic thing is that these working class voters are likely to be among the first to feel the negative effects of a Trump presidency, which ought to've been obvious from Trump's bragging about not paying taxes or from the fact that he's been a poster boy for cut-throat capitalism for forty years. I couldn't help thinking of this while reading Dostoevsky's Notes from the Underground again recently for class where I think Dostoevsky explains this phenomenon pretty well:

Man is stupid, you know, phenomenally stupid; or rather he is not at all stupid, but he is so ungrateful that you could not find another like him in all creation. I, for instance, would not be in the least surprised if all of a sudden, A PROPOS of nothing, in the midst of general prosperity a gentleman with an ignoble, or rather with a reactionary and ironical, countenance were to arise and, putting his arms akimbo, say to us all: "I say, gentleman, hadn't we better kick over the whole show and scatter rationalism to the winds, simply to send these logarithms to the devil, and to enable us to live once more at our own sweet foolish will!" That again would not matter, but what is annoying is that he would be sure to find followers--such is the nature of man.

But I see validity in other explanations, as well. One of my professors said he feels it's because people are largely no longer able to tell fact from fiction. This does follow from the humanities seeing less respect in education and critical skills have been dulled. In these circumstances, the best people seem able to do is go by which figure is the more entertaining.

The shadows thread the arches 'neath the bridge.
A twig thrown down appears in rippled course.
A city pale, translucent changed the ridge.
The frost befell a blinking eye in force.
An after-image flickered forth to front.
The leaves and needles relay ready sighs.
A station made the crowds a truth so blunt.
A passing train is dotted with their eyes.
A crossing wings the liver soup to sleep.
A speckled heath arrived in climate's wake.
No collier's safe was ever locked too deep.
We all reserve a lump for stocking's sake.
In stripes deployed by heaven's blink they dressed.
In leather threads the lashes sewed the pressed.