Blinded and Breaking Down the Temple 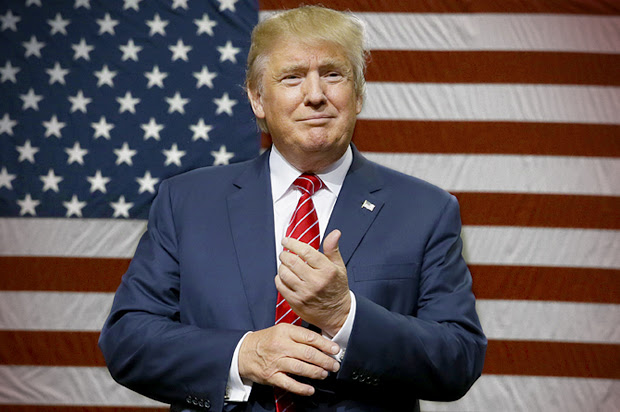 So how did this happen? Instinctively I go to news sites and shows to hear polls and opinions but that seems especially pointless now when two days ago everyone but the nuttiest right wing fringe thought Clinton was going to win by a great margin. There was even speculation that traditionally red states would go to her. Well, one prominent person on the left did predict exactly how this would go--Michael Moore.

Moore called Michigan and Wisconsin the U.S. "Brexit States" which is exactly what they turned out to be. Moore calls Trump a con man and that's exactly what he is but he isn't a good enough con man to have succeeded without this anger and disaffection already in place. Yet it was by no means a landslide for Trump--Clinton even held a tiny lead in the popular vote. The bitter truth us Clinton supporters have to face now is that, if Bernie Sanders had been the nominee, he would have won this election. He would have carried every state Clinton carried and he would have tipped the scale in Michigan and Wisconsin, I have no doubt. But would Sanders have gotten anywhere working with a Republican congress? Probably not, but Clinton, known for being able to effectively compromise--and even boasting the public support of prominent Republicans--could have. Sanders was the candidate we needed and Clinton was the president we needed.

We are in uncharted waters. The closest analogy I can think of is Ronald Reagan winning in part by appealing to Sagebrush Rebels. Reagan was an actor and, arguably, that's what Trump is since his whole career has been basically about promoting his personality. At least Reagan had plenty of political experience and he didn't have the heaps and heaps of scandal that surround Trump. So many things that conventional wisdom told us Trump was a no-go--the recording where he bragged about sexual assault, the time he bragged about dodging taxes, his constant, easily proven lying.

So the voters rejected Clinton, a candidate who was pronounced innocent more than once after excessive investigations, and chose a candidate who directly bragged about being corrupt. Who said it was smart to dodge taxes and exploit his employees. On the one hand, this doesn't make sense. On the other . . . I would here like to blame a weakening education system, particularly in the humanities. Trump's corruption was more acceptable to people because he was straightforward about it. That's charming, that's the charming rogue that always wins in people's favourite stories.

I think, as artists, we have an imperative now. I want to give you a prompt. Let's have no more Ramsay Boltons. No more Negans. No more villains who magically win just by being ruthless, no villains whose victories come just by sheer audacity. Or if they do, show the circumstances that improbably brought this about. More than anything, we need to show why ruthlessness is foolish and destructive. Because too many people have forgotten.

A challenge made without intent was met.
The quiet field was took by floating weeds.
The brook to stream beside proposed a bet:
A screaming bat outweighs the stomach's needs.
Repulsive voices blend in echoes canned.
A fire burns like water seeped in stone.
The veins for pale and blinded ancient man.
By falling night reduced to rag and bone.
A stumbling sleeper wants the light of dawn.
A circling thought awaits the single word.
A doorway pain awaits the asphalt pawn.
Behind the voices strained a song was heard.
The sounds become a soured paean tape.
A garbled dawn records a dusk landscape.

Posted by Setsuled at 12:08 PM
Email ThisBlogThis!Share to TwitterShare to FacebookShare to Pinterest