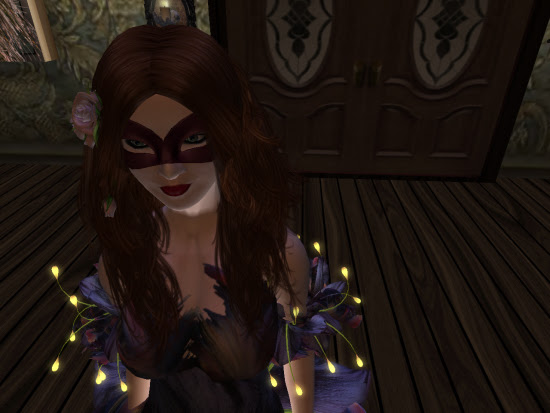 This is the outfit my avatar wore to the chess tournament on Saturday. It's called Dream Thief by Caverne Obscura, though the mask, as usual, is by Siyu Suen. How someone can make an outfit called Dream Thief that doesn't include a mask is beyond me. 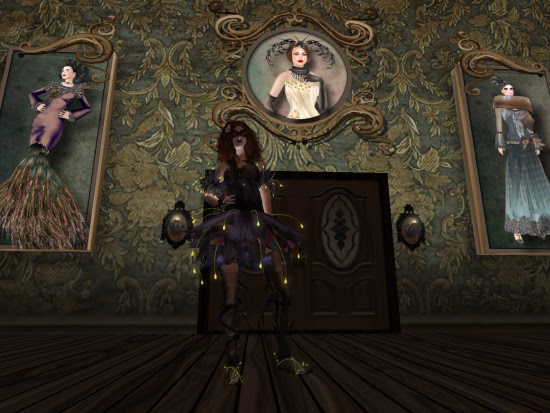 The pictures were taken at Donna Flora's new winter collection site, outfits from said collection visible on the wall in the background.