I dreamt last night I was travelling with Rory, Amy, and the fifth Doctor, for some reason, not the eleventh. Our current adventure involved Amy and Rory accidentally blowing up an office building with a bomb made out of a Pepsi can and an investigation into the filming of the first Christopher Reeve Superman movie which for some reason required the Doctor to wear a black sweater and a denim micro-miniskirt.

That video took a lot more effort than I thought it would. I started out trying to make a new world space in Oblivion, but when I realised how long it was going to take placing individual rocks to get a decent landscape, I just modified an existing cell, changing the weather to constant thunderstorm. I got an idea of how tedious it was to make decent landscape--it's no wonder modern video game developers are notorious for slacking off.

Tim told me a couple weeks ago how flagrantly critics are being paid off by video game developers--the most extreme example apparently is Dragon Age II which, on Metacritic has an average score from critics of 82 while the average user score 4.2.

Anyway, once I got the A.I. working on the Spartans and Persians/ninjas, I was actually able to get quite a lot of footage. I could've gone on all day. I love the radiant A.I. of the NPCs in Oblivion, it's just so weird. I have no idea why that guy decided to touch his chin thoughtfully at the end. Early on I had a couple ogres among the Persians and all the Spartans ganged up on one ogre who for some reason decided not to fight back. They all pushed him into the water, not unlike the scene from 300, except all the Spartans followed the ogre right into the water. Maybe I should post a video of outtakes. I could use the last take of my reading where I was trying to get louder and make my Scottish accent sound less Jamaican but my voice gave out halfway through. Maybe I shouldn't have been recording while drinking my morning coffee.

Incidentally, I wasn't controlling any of the men in the video. My character was a safe distance away from the nonsense. 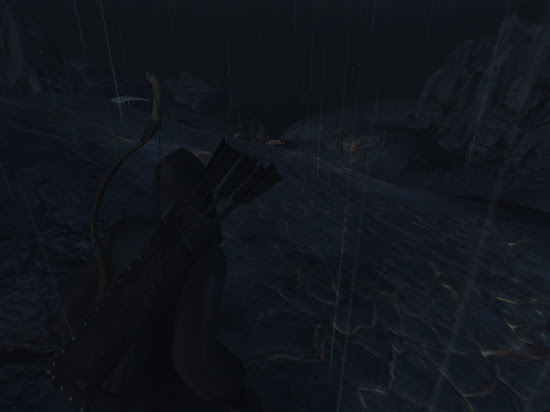 Posted by Setsuled at 4:04 PM
Email ThisBlogThis!Share to TwitterShare to FacebookShare to Pinterest