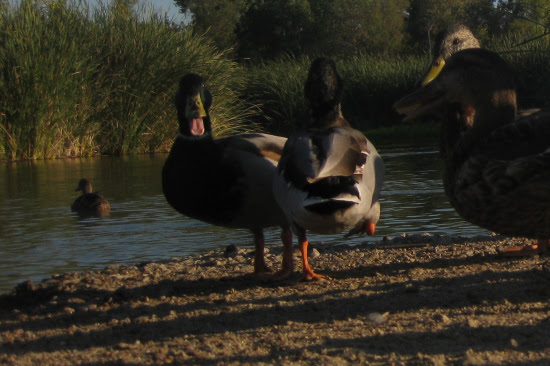 I was pleased to see yesterday the ducks had gotten back some of their courage.

It seems like there are an awful lot of episodes of Star Trek about teenagers getting godlike powers or otherwise decent people being corrupted by the sudden gift of godlike powers. I watched the first season episode "Charlie X" last night, which was a fairly accurate if somewhat broad portrayal of teenage fascism.

See, I can watch old American Sci-Fi television, too.

I found on my English essay rough draft the teacher had marked the places where he noticed I'd used British spellings. This is actually the first time a teacher has raised the issue with me since third grade, when it was an actual spelling assignment. I remember taking my paper to the teacher and asking her why it was marked wrong and her telling me, "We don't spell it like that in this country." I hadn't actually thought there could be a reason the way words were spelled in my C.S. Lewis books wouldn't be considered legitimate. But once my natural priggish instincts were aroused, I decided to use British spelling from then on. Though, of course, only that particular teacher cared. Soon I just used British spelling because I thought it looked better. It never occurred to me another teacher would care.

I meant to bring it up with the teacher at the end of class, but I was too busy flirting with a girl who wears a hat that looks almost exactly like Sylvester McCoy's. Is there a reason I only seem to be interested in girls with hats? Maybe it's a narcissistic thing, since I wear a hat.

Anyway, "Charlie X" was decent, except for an extraordinary number of those shots where there's extra illumination on people's eyes. I bet there's a technical term for those shots. The Morticia Addams shot. They didn't even care about continuity, we'd seen Kirk from the side fully lit and then there's a cut to this close-up. So for gods' sakes, look at his eyes, people, they insist.

I was in the mood for Star Trek because George Takei was talking about it on The Howard Stern Show last week. He revealed that Shatner improvised a lot of his lines, but that apparently wasn't as bad as what he saw John Wayne doing on the set of The Green Berets. According to Takei, Wayne basically took over the movie from Mervyn LeRoy. Which is pretty amazing--LeRoy had been a prominent director since the 1930s. But Wayne would show up to set not only with new lines for himself but lines for other actors. I see IMDb credits Wayne as one of the directors--I wonder if this was arranged after the fact. 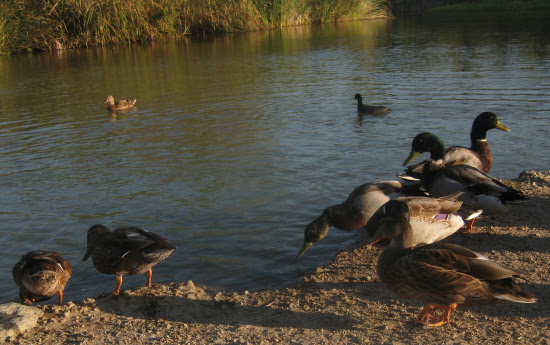 T-shirts serve a vulnerable master.
The eyebrow curve measures every owl.
English disintegrates in Math Blaster.
A frood reclines nude on glowing towel.
Imitation grapes reform the city.
A lurking seed reveals the big bag lie.
Cube cardboard's a harbinger for kitty.
Now even canvas hats are worth a try.
The watchful shadow tumbles off the couch.
Identity spins a crazy mobile.
Pockets of rice and beans look like brain pouch.
I think mustard juice might just go global.
Plastic traps fold under clouds of sugar.
The milkless dew drenched the bone dry cougar.
Posted by Setsuled at 4:11 PM
Email ThisBlogThis!Share to TwitterShare to FacebookShare to Pinterest