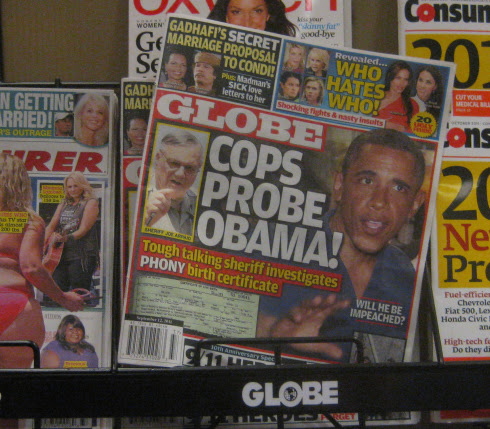 How racist is the cover of the Globe to-day? On so many levels. I can't believe even the most foaming at the mouth nutjob would still be going after the citizenship angle, but that's just one part of the Easter basket of bad, cartoonish manipulations going on in this cover. First of all, "Cops probe Obama"? And the picture makes it look like reporters tracked Obama to a Florida safe house.

I saw this at the grocery store and I wasn't the one who pulled it out of the rack, suggesting someone waiting in line perused it. Hopefully it was in amused disbelief. 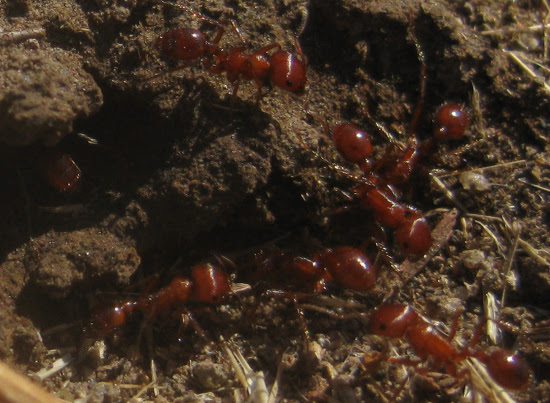 I walked to the grocery store despite the fact that it started raining to-day--spurts of big drops accompanied by distant thunder. Maybe it would feel like summer had abruptly ended with August except it was still incredibly hot to-day, stifling under the overcast sky. It was Miig'Jaiach weather. 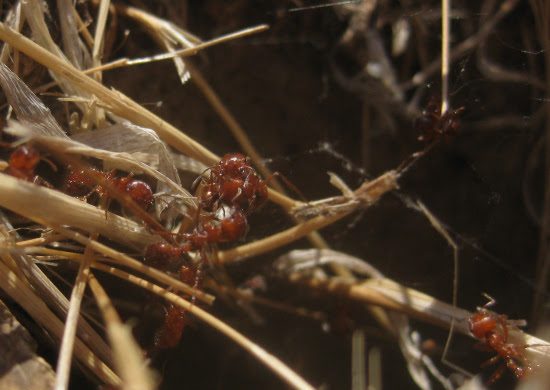 Last night I had a dream that started out bad but then just got strange. I was eating at a restaurant that doesn't exist in Parkway Plaza shopping mall, which does exist. I was eating with three friends who don't exist, two men and one woman. The men didn't look familiar, but the woman looked like Sarah Silverman in a blonde wig. When we finished eating, we went to the mall parking garage and could not find the car we came in, which was a big car with hard angles, like something from the 1970s, painted a pale, bright, pinkish purple. We searched all four floors of the parking garage before we realised we had to search a nearby office building. We asked a five year old boy who lived in there, in a bedroom covered with bright green astroturf, if he knew where our car was, but he only sniffed, shook his head, and curled up in a ball. Finally, I came across a tall man dressed as an Oompa Loompa. I asked him if he, by any chance, repainted random cars in the parking garage while their owners were away. He said he did, and the reason we hadn't found our car was that it was now red and on a different level of the garage. 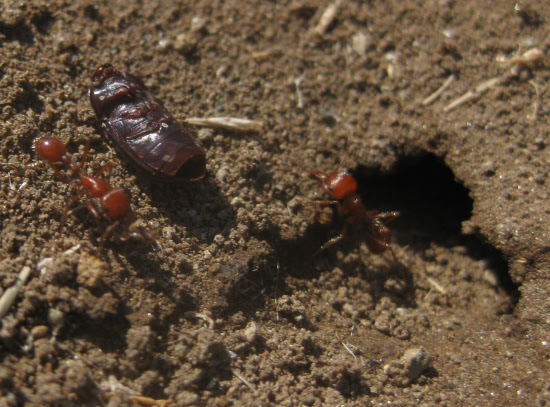