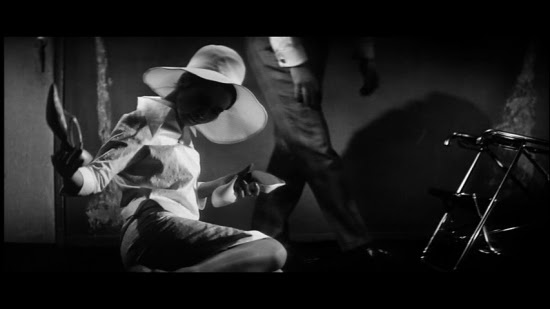 Muraki's a high ranking yakuza who's just gotten out of prison. Played by Ryo Ikebe with unbreakable poise, he drifts back into the yakuza lifestyle of gambling and drinking pausing only to have wordless, rough sex with the woman who's waited for him. She's not the woman around whom the movie revolves--that's Saeko, pronounced like "psycho", which I don't know whether it was intentional or not but it's certainly fitting. Muraki first sees her looking very out of place playing a Hanafuda game with a bunch of yakuza. His subordinate teases him about his interest in her, and Muraki dismisses it as ridiculous that's he's attracted to her, though, played by Mariko Kaga, she is one of the most beautiful women I've ever seen. 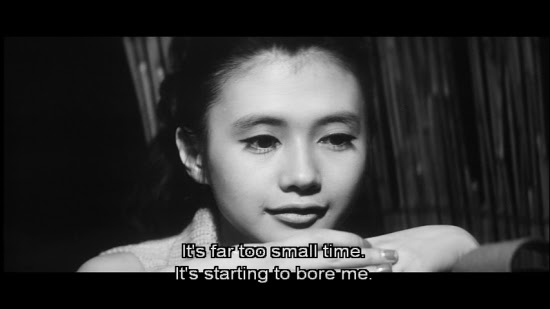 We soon see that Saeko can only access her emotions through dangerous thrills--she wants Muraki to take her to a game with higher stakes even though she loses constantly. It's hinted that she belongs to a wealthy, established family--why the worldly Muraki would gradually become so obsessed with a foolhardy heiress is the centre of the movie.

I first heard about the film through Roger Ebert's review of it, and he's pretty spot on about it, I don't think there's a lot I can really add. Though for some reason he doesn't mention the young man who attempts to kill Muraki, only to later severe his own finger and present it as a gift to Muraki as an apology. 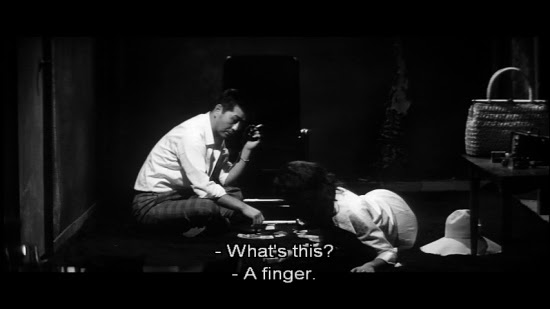 After this, Muraki takes the young man under his wing as a sort of brother. It's the warmest, the most gentle we ever see Muraki, he appears to bear the kid absolutely no animosity for trying to kill him. Perhaps because he feels more connected to the act of killing than the feeling of being threatened--so he identifies with him. 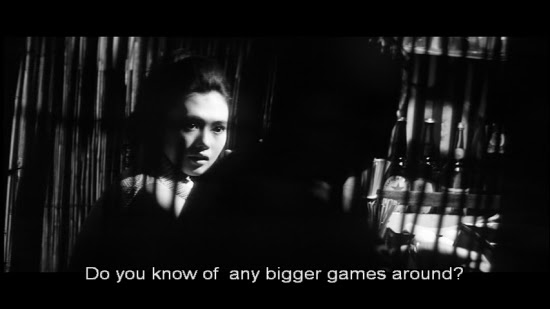 So what may only be a childish phase of psychosis in Saeko meets an ingrained way of life in the older Muraki. She's never killed anyone, and he seems eager to introduce her to the excitement of committing murder, knowing she's equipped to respond to it. It's taking a virginity from her more satisfying than having sex with her, which he clearly seems to sense when he backs off from making out with her in one scene. As a point of connexion, though, it ends up being a unique Hell--the human need continues after the flame's exhausted. It's like a small machine being overloaded by a huge battery, killing it. 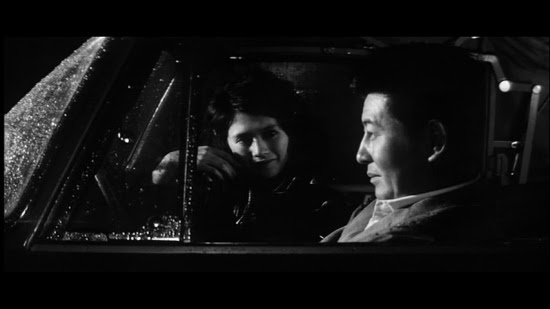 Posted by Setsuled at 4:00 PM
Email ThisBlogThis!Share to TwitterShare to FacebookShare to Pinterest