How Green were My Teeth 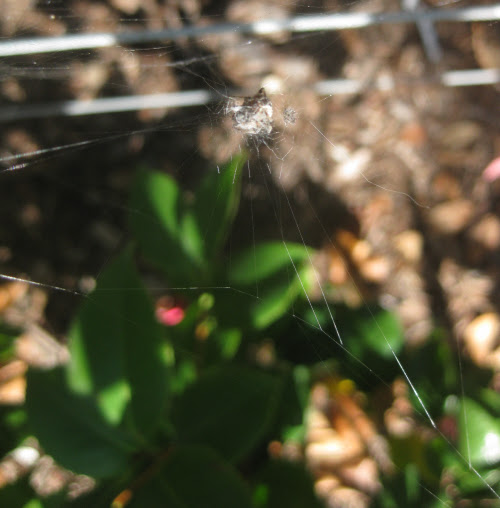 I didn't have my camera with me a few mornings ago when I saw around a hundred people sitting at a bus stop singing "Tumbling Tumbleweeds" led by a man on electric guitar. It seemed a good enough reason to watch The Big Lebowski again last night.

Anyone who dismisses the capacity for comedy to paint nuanced and insightful portraits of humanity should have a good look at this movie. I've known so many guys like Walter, guys who have to be the voice of authority, even if they don't know shit. And then, every now and then, they do know something, and you're sort of taken aback as they give you the actual facts in the same manner they come up with bullshit. And the greatest thing about the movie is that you love Walter. He's just one of a rather large cast of characters, all of whom are well drawn, none of whom are shown to be better fundamentally than any of the others. And there we can see the wisdom of The Dude's passive philosophy.

I'm feeling pretty passive to-day myself--I only just now finished my morning coffee, which I put off for a few hours because of my dentist's appointment. Though of course my teeth were hopelessly stained once again. The dentist, trying to figure out what could have stained them, asked me what mouthwash I use. "Listerine Advanced," I said.

"I drink coffee. Could that be it?"

"Could it be alcohol?"

I thought. After she'd been scraping my teeth a bit I said, "Most days, all I drink is coffee, water, and green tea."

Rather surprising, at least to me. Green tea has such a subtle colour. Usually. During Comic-Con, Amee and I ate at a sushi restaurant I'd never been to before and when I ordered green tea I received this; 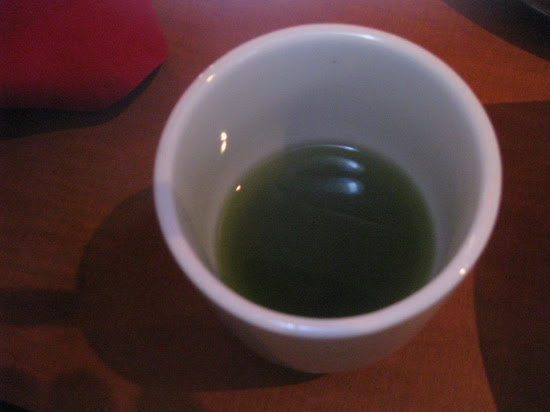 Yesterday was another busy day at school. I had a test in my Interpersonal Communications class which I was in the middle of studying for on a bench at school when I heard a voice above me say, "Look, I'm wearing my bowler to-day!"

It was the hatter girl, walking by quickly. With her boyfriend.