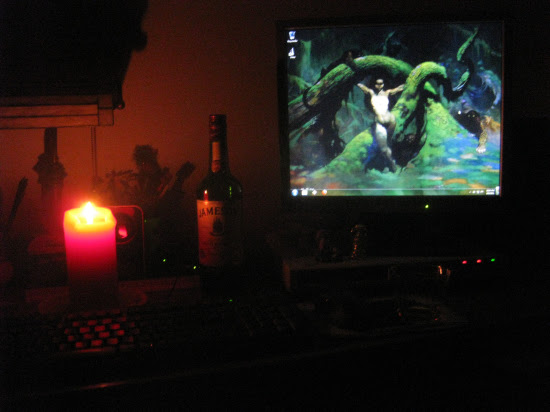 Last night I dreamt about the next Doctor Who episode, apparently inspired by the trailer at the end of the latest episode. I dreamt there were copies of my grandfather in the creepy hotel seen in the episode trailer, from different periods in his life, and three copies of the Doctor, as well, one of whom was from just before the eleven hundred year old Doctor in the season premiere. He was going through a hardcore hippy phase, had very long hair, was wearing a floppy green canvas bonnet and a threadbare overcoat and he was travelling with a whole family of hippies.

I must to school again.