What Do They Call You Again? Proctor? Docker? On the Tip of My Tongue, Sorry, Could You Tell Me Again? 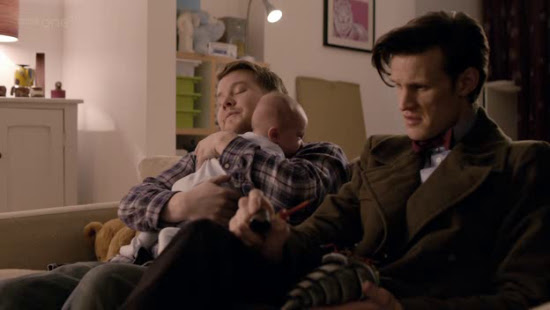 In this new episode, "Closing Time", Roberts seems to have gone out of his way to include things people have been complaining about--children, the Doctor constantly saying, "I'm the Doctor." It also has another bit where the Doctor refers to "the Doctor" as being his name, which always irks me. It even ends up being on his nametag when he goes to work at a store, which is actually sort of charming, and I could see how he might have talked people into letting him use it, but it seems to me like it would be more likely he'd use John Smith.

But that's small potatoes when there're some real standout moments of bad writing in "Closing Time". Like when Craig, charged with the simple mission of asking questions of the department store staff about any unusual occurrences recently, decides to deal with his anxiety about asking awkward questions of strangers by getting very close to a salesgirl, leaning into a rack of lingerie, and telling her he'd like to discuss women's wear. Over the top? Just slightly.

There's also the Cybermat which comes back to life when the Doctor underestimates its ability to do so despite the fact that he's quite familiar with the little things. I did sort of like how miniature Cyberman technology hasn't gotten much more convincing than it was in Tomb of the Cybermen and Revenge of the Cybermen. 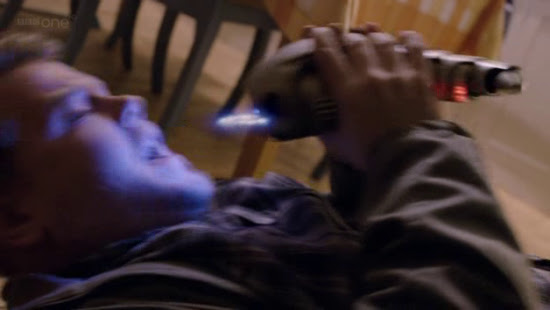 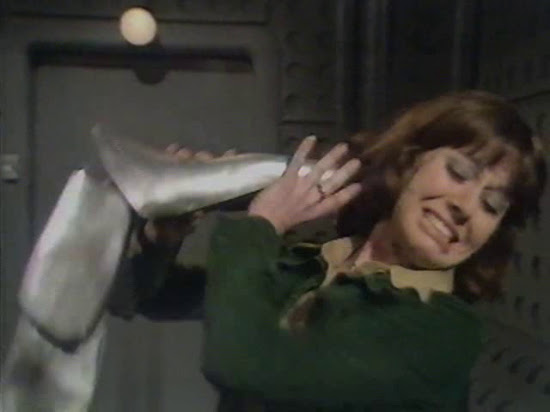 This doesn't come close to making up for the fact that we have another whiney No One Appreciates the Doctor! episode. Haven't we composted this dead horse? And then there's the end where the Doctor quickly tells Craig about his plan in earshot of the Cybermen so the Cybermen could quickly foil it before showing themselves to be considerably less threatening when a transformation into a Cyberman is shown to be a lot less scary than we've been led to believe up to this point.

Matt Smith's performance in the episode was good, though. I am looking forward to next week's, which looks like it'll involve chess. So I'll have that at the very least.