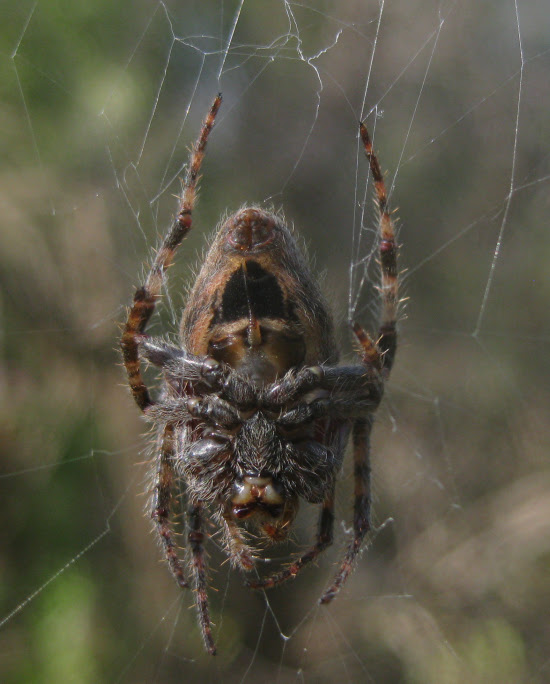 I almost walked face first into this guy when I was walking to the store at around three o'clock to-day. I'm not used to seeing them out this early in the day--I thought he was dead until I blew on him lightly and he wiggled his legs.

Remember that comic I was working on during the summer? I know I said I was going to try to sell it, but I changed my mind and put it online to-day. It's called The Garden of Live Flowers after the chapter in Through the Looking Glass.

I guess I decided whatever little I might gain in the unlikely event of getting a publisher in this oversaturated field wasn't as attractive as people actually reading it because it was online rather than gathering dust on shelves of mostly deserted comic shops with the other one shots not tied into anything that even most hardcore comics fans don't buy. So enjoy.