The Ink is Here for Your Balls 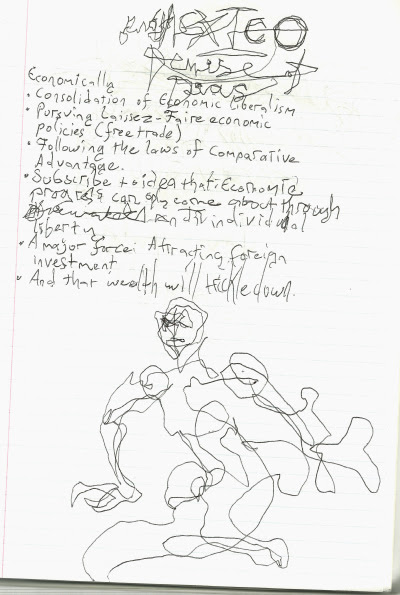 Infection spreading in my History class. It's weird how my most horrific drawings come out of boredom. 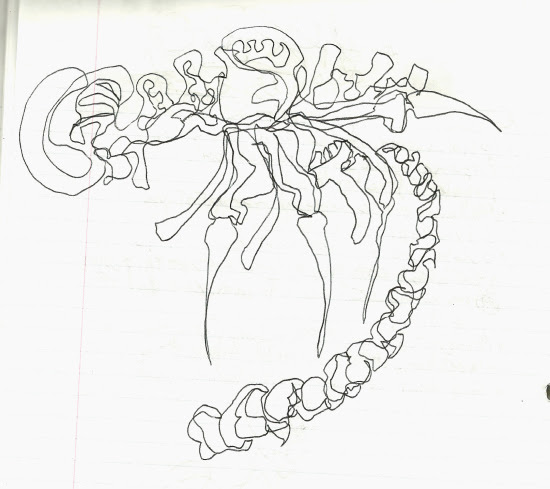 In this case, I was doing an exercise I learned in one of my first high school art classes where you draw without lifting the pen once. It's useful when you're suddenly overcome with the feeling of not wanted to stand up, raise your antennae, or switch on.

We were going over early twentieth century U.S. economy as you can see. I'm surprised I didn't lose my mind in the previous class period when the duration was dedicated entirely to baseball. Is there anything more boring than baseball? It can be interesting when I hear certain people talking about it, people enthusiastic about it who have a gift for making something interesting--Keith Olbermann, Artie Lange. But just listening to statistics and dry facts about this arbitrary arrangement of ball hitting and running is cartoonishly mind numbing. It's like someone standing in front of an audience just repeating the words, "Brick wall," over and over. Actually, that would be more interesting. In any case, I think perhaps we ought to have spent at least as much time on the Spanish-American War. 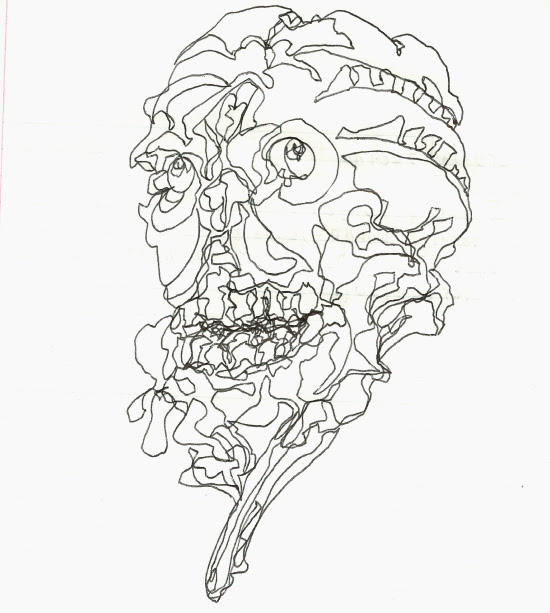 Posted by Setsuled at 3:33 PM
Email ThisBlogThis!Share to TwitterShare to FacebookShare to Pinterest