So Long as They Still Make Labyrinths . . . 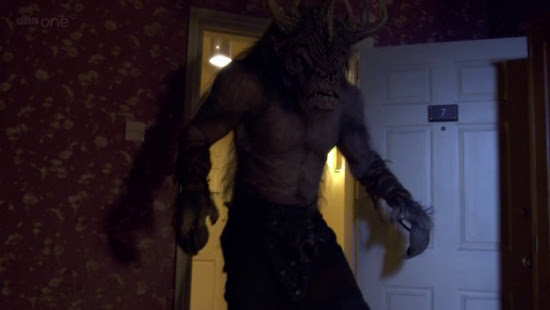 That's three minotaurs now for Doctor Who. Four, I guess, if you count the beast from Battlefield; 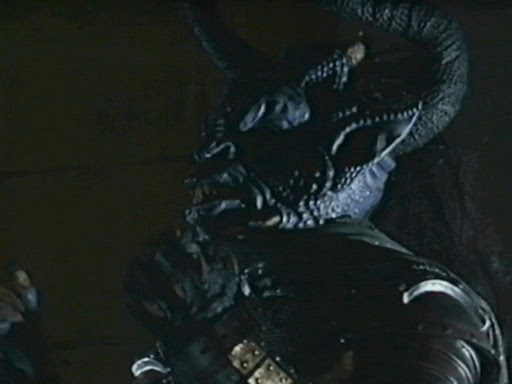 Which I think the new one actually resembles more than he does the Nimon from The Horns of Nimon, which the Doctor says it's related to. I was also reminded of The Curse of Fenric for the use of the characters' faiths relating to the monster, though this new episode, which is called "The God Complex", has a very nice twist on The Curse of Fenric's idea. I also loved the diminishment of the idea that the Doctor is a hero (even though he is one).

Anyway, I love minotaurs and labyrinths, and I love stories set in hotels where you never or rarely get a hint of the outside, so this was a very good episode for me. I couldn't help feeling the character of Howard is based on Howard Stern; 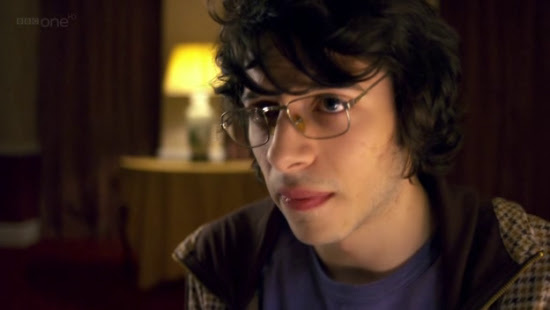 He kind of looks like him, right? Maybe it's just a coincidence. I know Stern likes Being Human, the series created by Toby Whithouse, who wrote this episode of Doctor Who, but I think Stern watches the American version. Speaking of Howard Stern, it was kind of nice hearing him stick up for transgenders at length in an argument with a psychiatrist who thinks Chaz Bono is a bad influence on children. Among other things, upon being challenged on it by the psychiatrist, Stern said he'd be concerned about his kid if he or she came to him and said he or she was a gender different than their biological sex, but Stern said he'd support their decision once they were sure and he'd be happy for him. I hadn't actually thought much about Chaz Bono being on Dancing with the Stars, but maybe it is a good opportunity for dialogue.

It was a good Doctor Who episode--I think the only thing I didn't like was a moment when a beeping noise was used in the musical score. That's really not something you should use for background music when there could actually be an electronic device making that noise in the show. 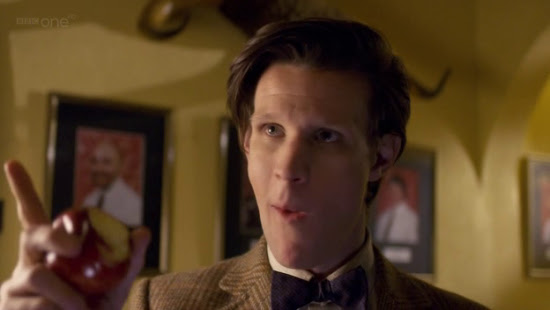