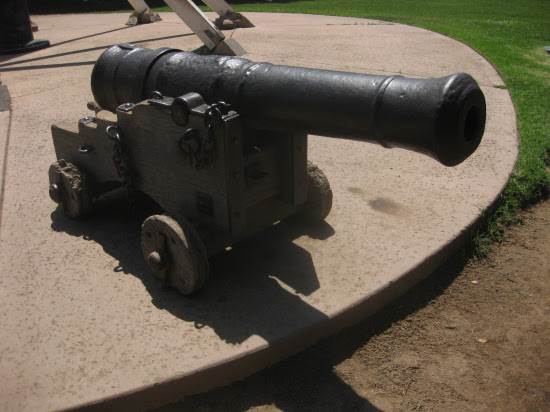 I'm definitely not a professional photographer. I find myself irritated lately at my lack of knowledge about photography and the uncertainty of where to begin looking for information. I suppose I could actually go to a library, huh? I was looking through books on photography at Barnes and Noble a few weeks ago and even the slimmest volume is well outside my price range.

It seems to me that we live in an economic system that functions almost entirely through robbery. There's this basic idea supposedly behind capitalism that money represents the value of a certain amount of hard work, that you earn a certain amount. I'm not sure anyone ever really thought, "What work or contribution can I make to the human race to justify me and my family continuing to live?" People quite naturally think in terms of what they can do to survive, and beyond that, what they can do to secure a future. I'm not even saying there's anything wrong with that--I don't think we should expect everyone to be heroes. But it's a system of theft--there's no real, objective way to measure whether people receive precisely the amount of money they "deserve". Maybe it's partly because of this we sense basically everyone makes more or makes less than the amount of money reflecting their contribution to society and/or reflecting what they need to survive.

Anyway, one bit of the essentially free pieces of knowledge about photography I picked up was from Peter Bogdanovich's DVD commentary on my copy of The Searchers where he recounted a story of a young Steven Spielberg meeting John Ford. The photographer who writes this blog recalls seeing the same story told in a documentary made by Bogdanovich;

Told by Ford to look at a series of Western paintings on the wall and tell him what he saw, the young Spielberg saw only narrative — an Indian on a horse, etc. Ford told him to look at the composition, look at the horizon line — it was low in one picture, high in another picture.

"When you can decide that putting the horizon at the top of the frame or the bottom of the frame is better than putting it in the middle of the frame, you may, someday, make a good picture maker. Now get outta here."

So this is one rule I generally adhere to when taking pictures. It's very easy to see that Ford's right when I see pictures taken by photographers who frequently put the horizon in the centre of the frame--in addition to the plainness of the horizon being in a sort of default position, it creates a disconnect from subject and often, particularly in pictures taken on a clear day, leaves a lot of dead space. Not enough sky to create an impression of an overhead, overwhelming emptiness, too much sky to not seem like it's part of the picture. It works out to be noise.

Here are some pictures I took at San Diego's Old Town on Friday; 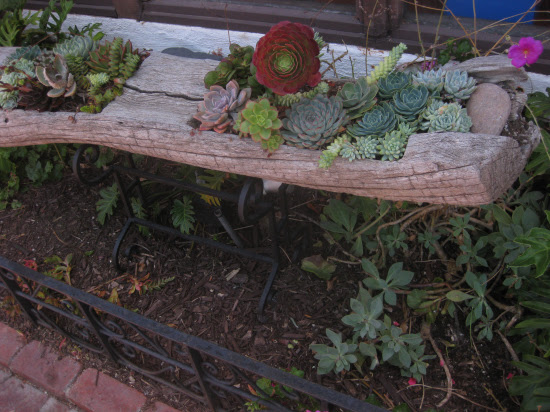 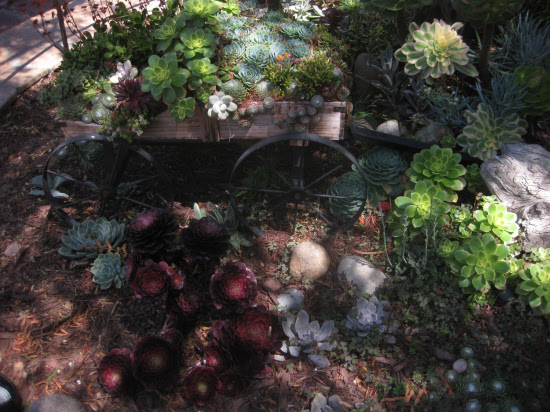 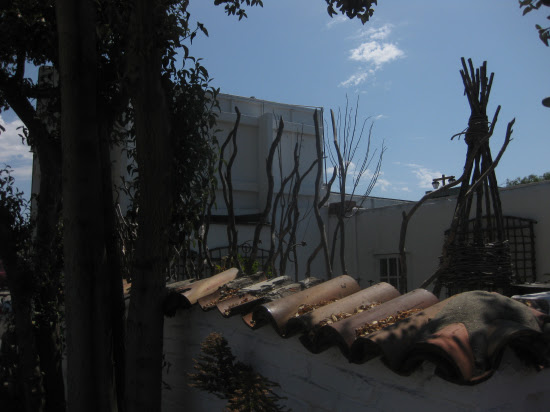 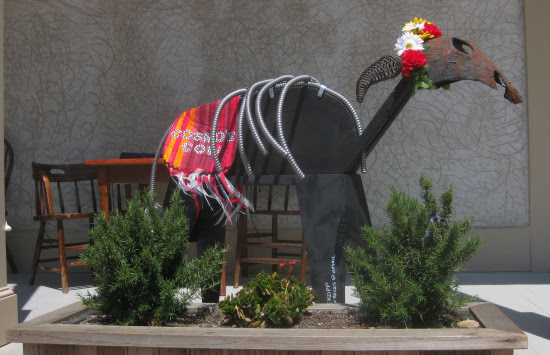 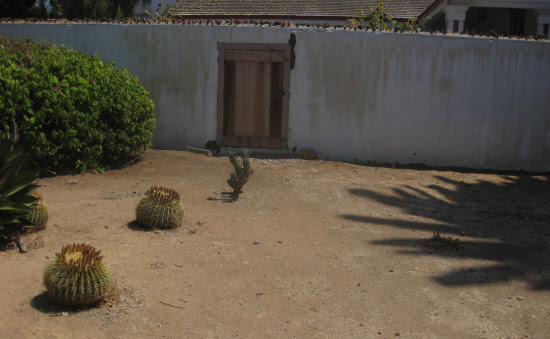 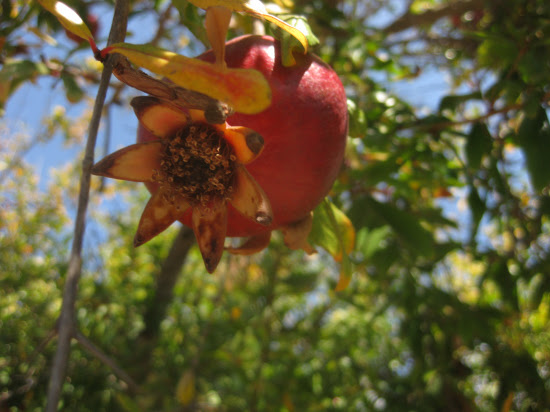 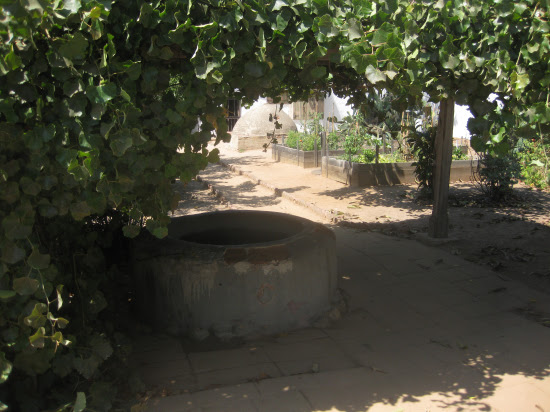 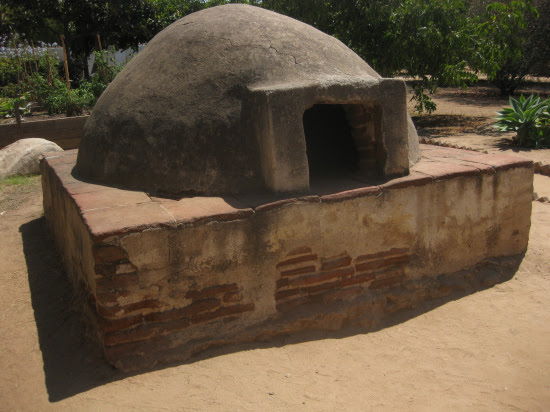 An oven. It was really hard to get pictures of the inside of the oven--I wish I'd set the exposure lower, but it's hard to tell sometimes when the sun's blazing on the camera's viewer. 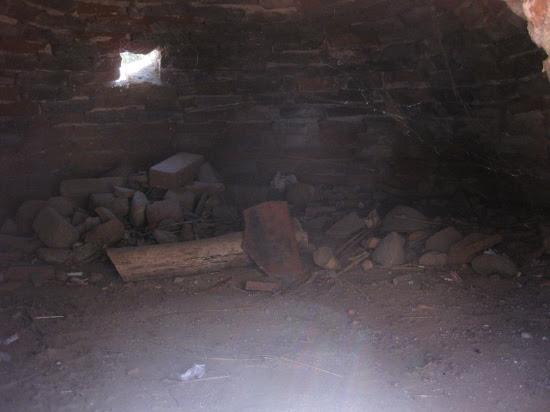 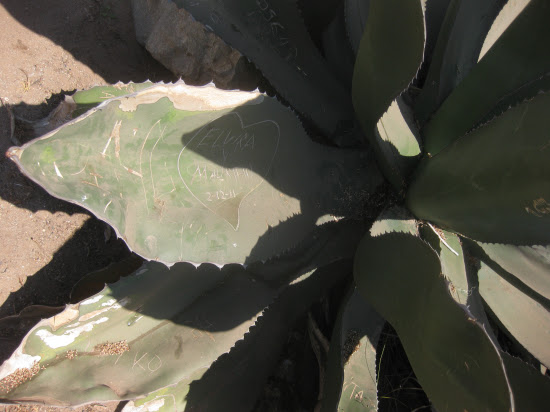 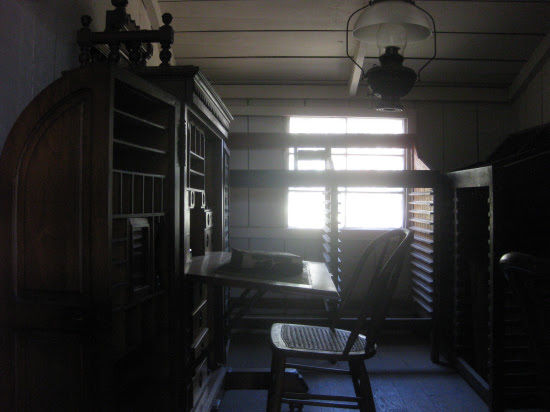 An office inside the old print shop. I didn't have much flexibility for angles in these rooms--I was poking my camera through little slits under glass windows that created a hopeless amount of glare. 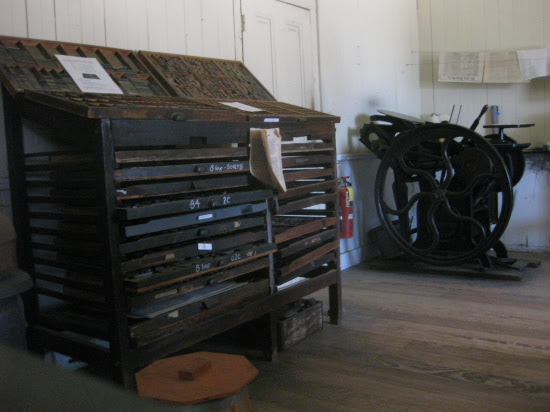 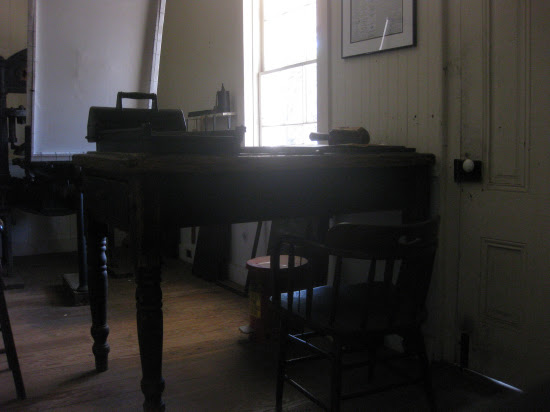 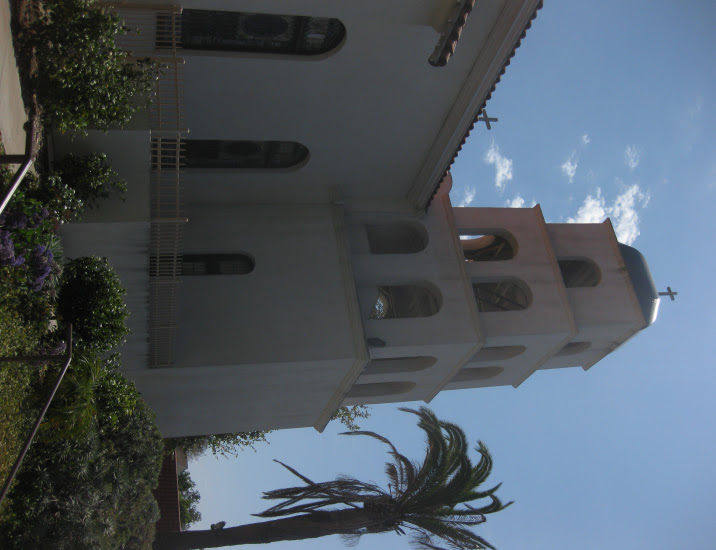 Of course, I couldn't help thinking of Vertigo. 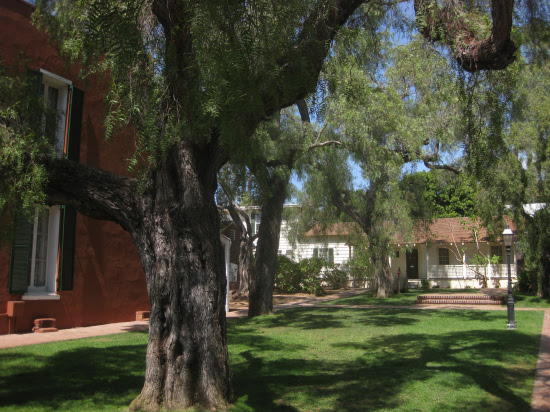 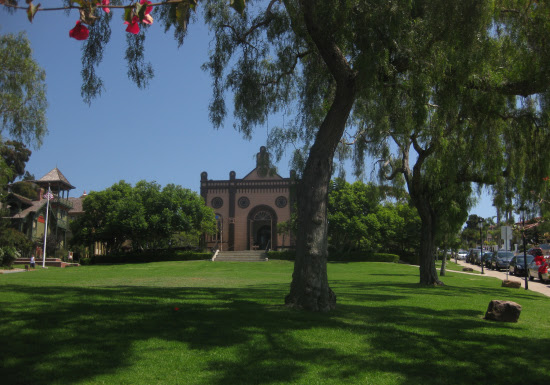 This was the last picture I took before my new battery ran out. Maybe I should've charged it before using it. 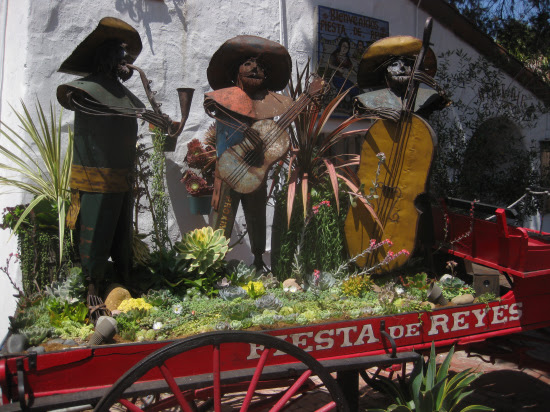