The Right Fake Object to Trust 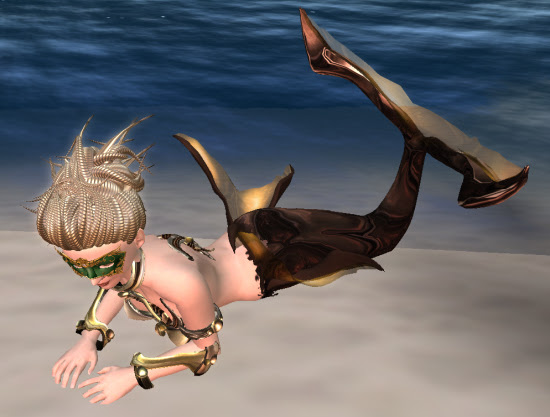 This freebie mermaid tail from Curious Kitties is the first mesh item in Second Life I actually wanted. Mind you, it's only the tail--the rest of the outfit is bits from Bare Rose's Droi outfit, mask is by Illusions.

Mesh is a form of 3D, cg object most people are quite accustomed to seeing in most video games, but Second Life has always instead worked with prims. I'm not entirely sure what the pros and cons are of the two systems, but mesh seems to be much bendier, while I've noticed prim flexi hair generally looks a lot better than any hair I've seen in any video game, which almost always, unless it's very short, looks like a wad of clay.

But it's in things like mermaid tails I can see meshes might really shine--old mermaid tails had to be made of solid segments. Meshes will also be an improvement for those who want thigh high boots, as meshes can bend at the knee, and maybe people will finally be able to make decent regency style gowns--gowns where the skirt portion begins at the chest. Prim gowns of the sort tended to look bad once your avatar started walking as the whole lower portion of the body went right through the material.

The main drawback of meshes right now is that only Viewer 2 based viewers support them. Second Life's Viewer 2 is notoriously buggy, bloated, and hampered by an awkward interface. This led a lot of people, like me, to use Viewer 1 based third party viewers like Phoenix which accommodate a lot of Viewer 2's system upgrades without a lot of the Viewer 2 mucky GUI. Unfortunately, not even Phoenix can handle meshes at this point. The same people who made Phoenix have made a Viewer 2 based viewer called Firestorm, which I'm using now. Which is better than a vanilla Viewer 2, but still features a lot of the pointless changes from Viewer 1.

Even as I am getting used to Firestorm, I'm still reluctant to put mesh items on my avatar as I know half the people I come across will see in place of my av enormous walking spheres and boxes, which is how meshes appear in viewers that don't support them. I guess it's a contest to see whether Viewer 1 viewers or meshes will become obsolete. I guess I'm betting the viewers will. 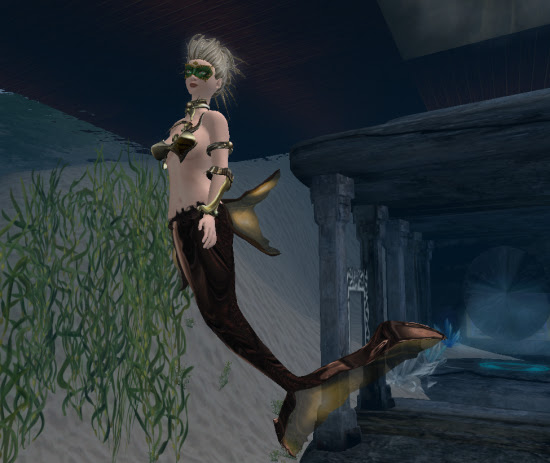