Straining Against a Skull Cell 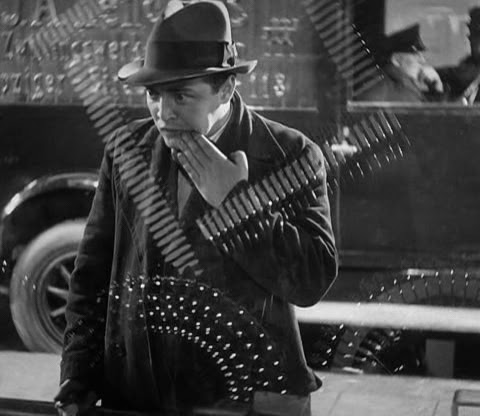 What a strange face Peter Lorre had. Sensual bug eyes, soft flesh and dark lips. But it wasn't just his face, it was that tired, plaintive, grasping manner of his. And the voice, of course. Hearing him in Fritz Lang's 1931 German film M demonstrates it's not merely the accent that accounts for the strangeness of Lorre's voice. No-one sounds like him. 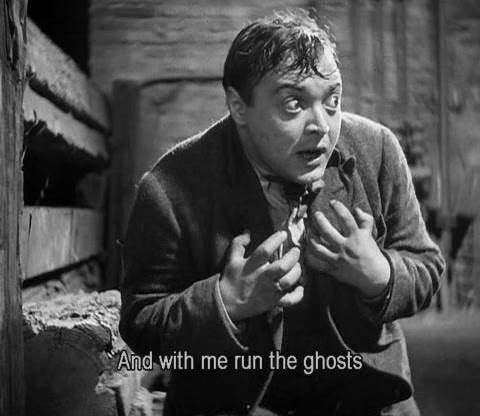 He captivates in his long monologue at the end, and you compulsively try to decode it despite the fact that it's a rather simplistic take on the criminally insane mind. The movie seems to, ultimately, be an anti-death penalty argument, but it's constructed of so many fantastic elements and relies on so much fairy tale logic, it feels more like a strange dream than a coherent argument about justice.

Made in the early days of talkies, there are a few eerily silent sequences. Like a police raid on a thieves' basement pub--the revellers revel silently, police cars pull up outside in total silence.

When police lean on the common criminal harder because of the child killer played by Lorre, the organised criminals decide to catch the killer themselves. They have beggars who follow the man once he's identified, one of them surreptitiously slapping a chalk letter "M" on Lorre's coat to make him easier to spot. Then, sort of like a marathon runner who figures a flying machine would involve running somehow, the film decides the thieves would trap the killer by cornering him in a building and then breaking in, tying up the night watchmen, and getting the job done without setting off alarms, just like they were pulling a heist. It's like old Dungeons and Dragons rules and the mage has to cast Fireball on a lock to get the chest open.

It then clearly becomes a commentary on a public and system that endorse the death penalty as the thieves put together a mock trial for the killer played by Lorre. The argument is too broad and simplistic to hold water, and I say that as someone who's anti-death penalty. The movie's saved by its maybe accidental strangeness, and one can contemplate the disturbing yet oddly sympathetic portrayal of a child killer in a dream world. 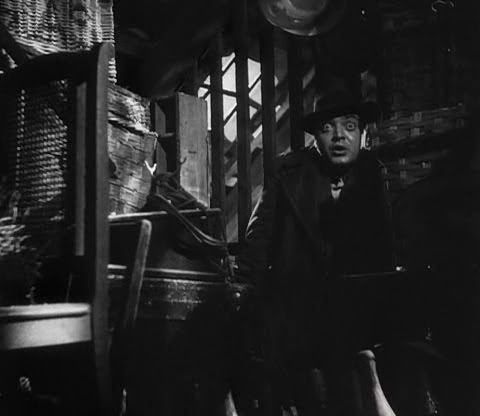 Posted by Setsuled at 4:54 PM
Email ThisBlogThis!Share to TwitterShare to FacebookShare to Pinterest