In the Old Books

I guess it's weird how little my life has changed since September 11, 2001. I live in the same place, go to the same school. I went to Parkway Plaza mall early in the morning that day, a mall I still like to go to, and hung out reading William S. Burroughs until they decided the mall, like everything else, would need to be closed for the day. The world, meanwhile, seems to have changed a bit. It seems less innocent, or maybe I'm just less innocent.

Of course, malls in those days had bookstores. To-day I watched Friday's episode of Dantalian no Shoka, a show that has had persistently good writing but has rarely been as visually interesting as it is in the new episode. 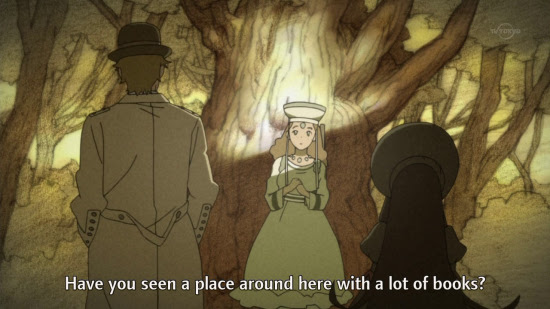 The whole episode features fluid animation that looks like it was done in pencil on sketchbook paper as an indication that the characters have entered the world of a certain book. 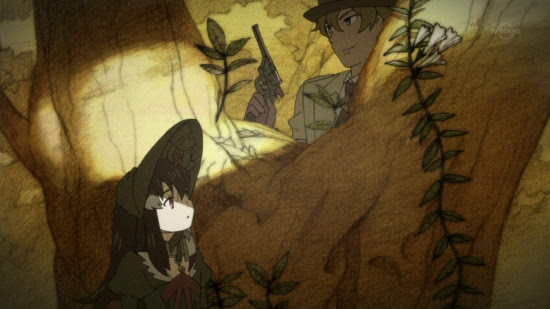 I strongly suspect the episode had a guest director, maybe even Kazuya Tsurumaki as the animation and look of the characters reminds of FLCL and Top O Nerae 2. I'd like to see a whole series like this. This is the first episode of Dantalian no Shoka that really felt like a GAINAX series. 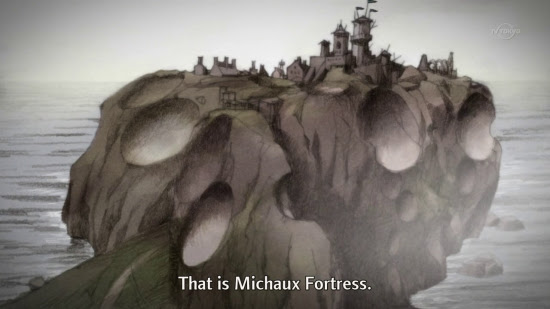