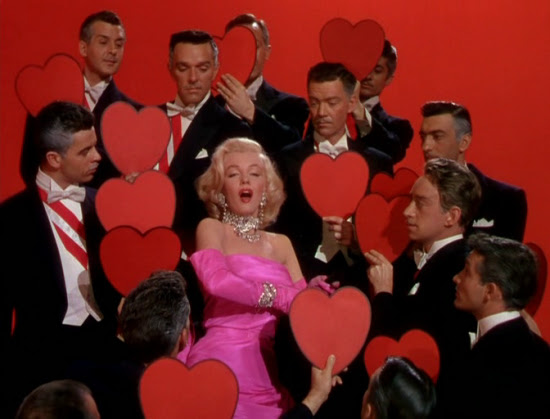 Howard Hawks is famous for being able to direct any kind of movie, from a noir like The Big Sleep, to a Science Fiction film like The Thing from Another World. The 1953 Gentlemen Prefer Blondes is the first comedy musical of his I've seen, and mostly I was reminded of his earlier screwball comedy Bringing Up Baby. There's even a rather explicit nod to the earlier film when Marilyn Monroe and Jane Russell steal a guy's pants and put him in a frilly girl's bathrobe. The movie's not quite as ingenious as Bringing Up Baby, but it's a fine film. It goes down smooth--for most of it, I was just content to keep my eyes on it. It's decently shot and edited, the writing doesn't make me want to claw my brain out.

Some people might find the shameless pursuit of rich men by Monroe's character to be dated and ugly. I'm not entirely convinced it's either--certainly it's not dated in a world that continues to glorify conspicuous materialism.

As for ugly, I don't know if Monroe was capable of ugly. Of course her character's shallow, but as she sort of points out, it's the shallow who survive in this world. Which might be more depressing if the musical number that hammers the idea home at the end weren't so wonderful. 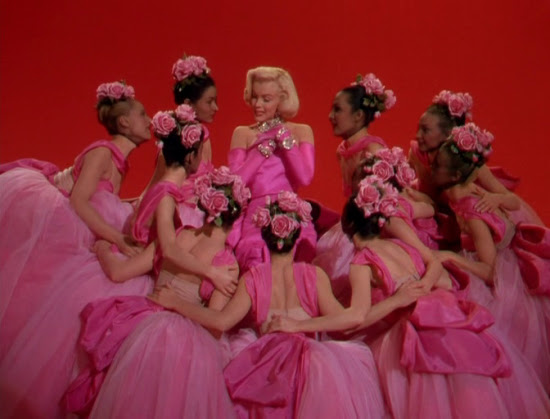 The movie's good, the musical number is great. Monroe seems to come rather brilliantly alive in it, something mirrored by the intense pinks, reds, and blacks. 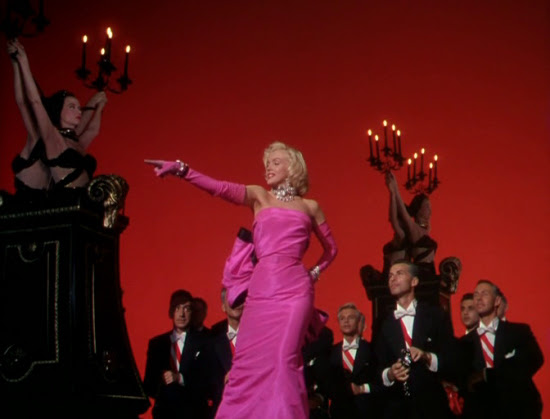 Jane Russell has one by herself earlier in the film which is not half as effective. I don't think the woman in black slacks with a bunch of nearly naked guys dancing has quite the vibe it was meant to have. 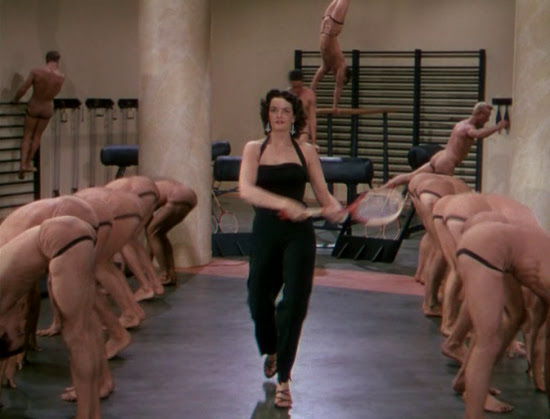 It looks like the lunch lady supervising gym class. Being sexy next to Marilyn Monroe may be a hopeless task--Russell's character provides an interesting counterpoint in that she's sharp and sassy compared to Monroe's sleepy amorality. Which is a change from The Outlaw, the only other movie I've seen Russell in, and which also had Howard Hawks as director until Howard Hughes fired him because he wasn't making the movie salacious enough. One can learn a lot from the fact that The Outlaw comes off as crude and unintentionally silly with its broad eye winking THE CHARACTERS WHO WENT OFF SCREEN ARE GOING TO HAVE SEX NOW while Gentlemen Prefer Blondes is effortlessly sexy by comparison. The latter film benefits from not having the tone of a thirteen year old boy giggling at a mannequin in a lingerie store window. 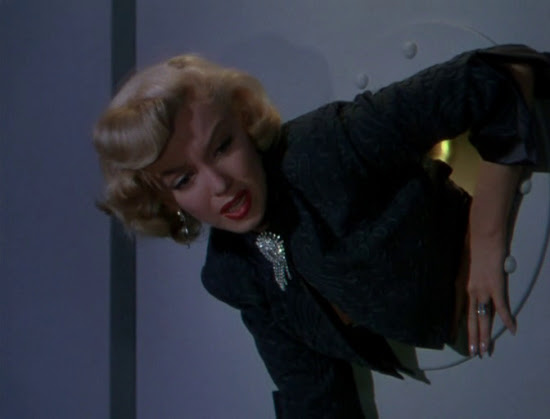 This bit where Monroe is stuck in a porthole is surprisingly sexy. I bet a lot of guys wished they could've been the porthole.

For some reason Charles Coburn gets third billing. That's this guy; 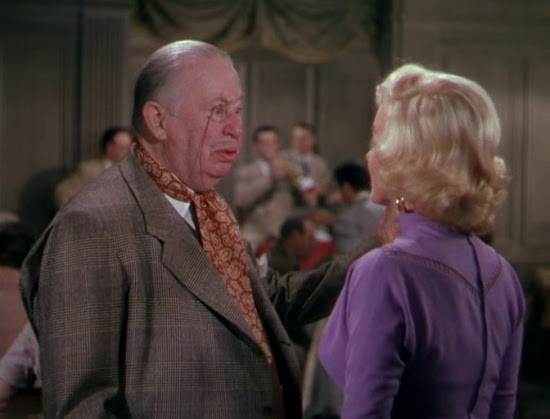 Probably not the first, or even third, face that comes to mind when people think of this movie, but hey, he was a great character actor who'd been around a while. And he got to cuddle with Marilyn Monroe, so good on him.
Posted by Setsuled at 5:34 PM
Email ThisBlogThis!Share to TwitterShare to FacebookShare to Pinterest