The Only Water in the Forest is the Flash Thunderstorm 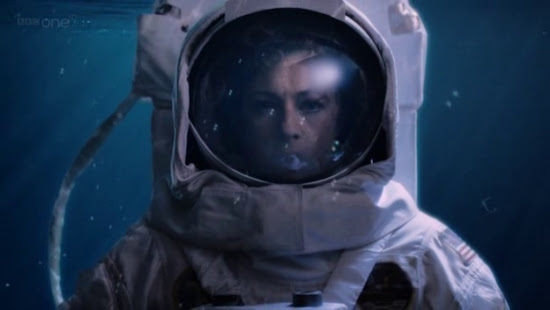 I guess I forgot to comment yesterday on how it was revealed in the new Doctor Who episode that the person in the space suit who killed the Doctor was indeed River Song. Was it really a revelation? Had anyone not figured that out yet?

I like River Song, but I still wish we could've seen her and the Doctor getting to know each other better before it was decided she was the great love of his life. Or a great love, I guess it's fair to say they haven't explicitly said she was the only one. Why does it seem that way? I suppose because they give it all the cosmic meaning and only show the relationship in loudly high or low points--all which actually makes the relationship seem curiously adolescent. Which, considering the show is made for kids, might be appropriate. I don't know. This is why I still think River doesn't come close to Romana--they never actually say Romana and the Doctor are in a romantic relationship, and one could argue that despite things like them affectionately calling each other marvellous in State of Decay, they even weren't in a romantic relationship. Even then they seemed closer than River and the Doctor. More symbiotic.

I didn't put that video together--I wouldn't have put in the text and I would've uploaded the clips in their proper aspect ratio. But I don't have time for that to-day as I just realised I have a lot of school work to. I need to read a lot of my text book for my Interpersonal Communications class, which so far is really astounding me with how much time it can spend stating the obvious. Did you know most people have more intimate relationships with their children than their cab drivers? Four pages from this book have made absolutely certain I understand this fact. Maybe as much time spent on Doctor/Companion relationships would be more worthwhile.

I wonder if there's going to be an explanation for the fact that River needed to be in a space suit when she shot the Doctor. Maybe he gets out of it by dressing as a cosmonaut. I guess that would take us back to their left wing/right wing dichotomy.
Posted by Setsuled at 5:27 PM
Email ThisBlogThis!Share to TwitterShare to FacebookShare to Pinterest