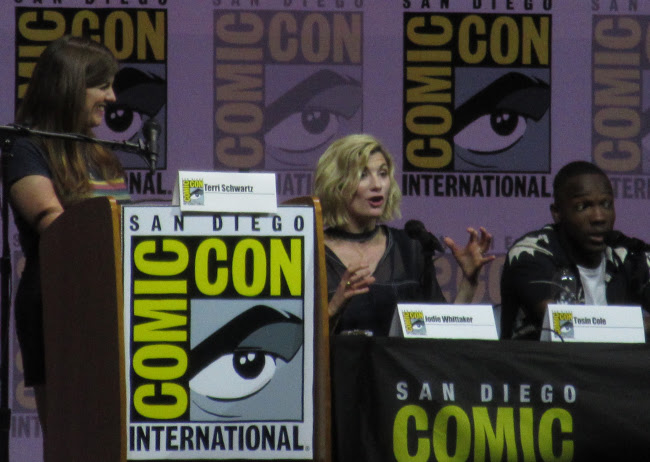 I got up really early to get into Hall H this morning but I needn't have bothered. Hall H never filled up. I had almost a whole row of seats to myself during the Doctor Who panel. There's a moment in the panel where the panelists asked all the cosplayers to raise their hands and I think four hands went up in the crowd--I saw four people dressed as the Thirteenth Doctor, two people dressed as the Eleventh, and one as the Fourth. It was the most lacklustre vibe I've ever seen for a Doctor Who panel. There were definitely a few very enthusiastic fans but generally the feeling I had is few people are feeling Doctor Who-ish right now. I certainly don't blame Jodie Whittaker, she seemed wonderful and I think I might enjoy her take on the Doctor. As for her companions--she seemed to have a good rapport with Tosin Cole, who exhibited some quick wit, but Mandip Gil came off as a complete drip.

I think giving Thirteen three companions to start with will prove a mistake. Whenever the Doctor has more than one companion, it usually cancels out any subtle sexual chemistry--that's why Five is usually thought of as the "Older Brother" Doctor and of course Eleven only had chemistry with his companions before Rory joined him and after Rory left when Eleven had chemistry with Clara (I know it's controversial to say this but I don't think he ever had chemistry with River Song). I think the show risks putting off both old and new fans--old fans who don't like the idea of a female Doctor and new fans who watched for the heat between Doctor and companion. Mind you, I don't think either one is a bad thing myself--I enjoyed the Fifth Doctor's diluted sexuality and I love the idea of a female Doctor. But I think it's going to be a hard sell for audiences. Whittaker's rapport with Cole was good enough they could've gotten something going--but who knows? Maybe they will. Not that you'd know from the not-so-exclusive Comic Con trailer which even the milquetoast moderator joked gave away an extraordinarily scanty amount of information.

I'll be posting more detailed posts on the Con when I have time. For now, here are the bees that terrorised the Hall H queue this morning. 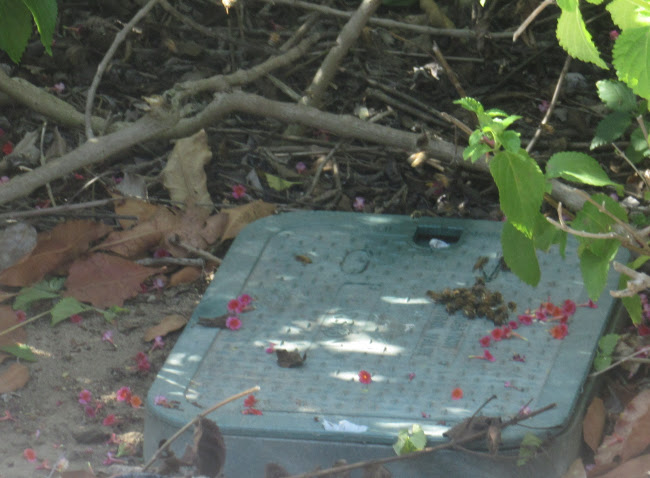 Someone came by in a beekeeper suit, presumably not a cosplayer. I hope he didn't gas them. 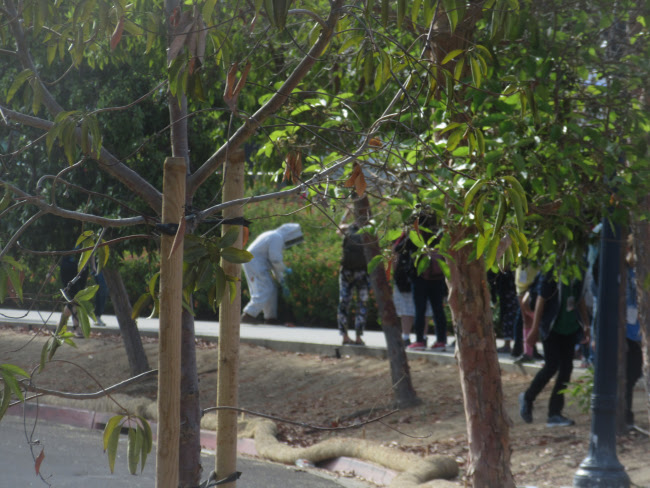