The Face of the Comic Con 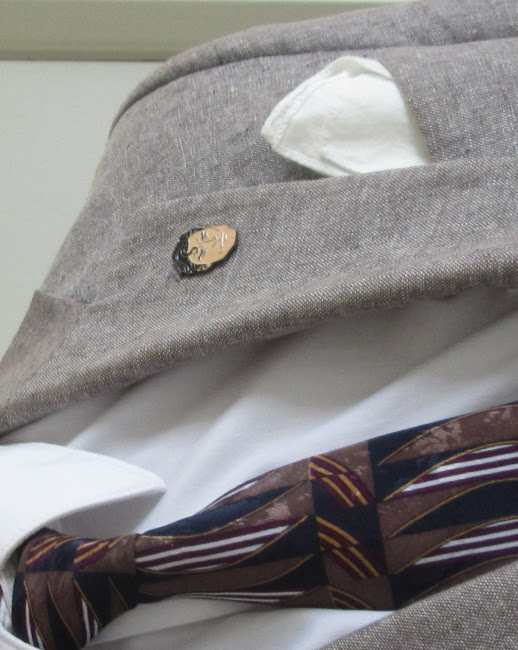 Dig my new exclusive Comic Con lapel pin! Yeah, that's right, it's . . . a guy. I guess it's Superman from the cowlick. It comes with the ever useful Comic Con bag which is also covered with Warner Brothers/DC advertising. I love those bags, don't get me wrong, I've accumulated a good pile of them and they're real handy when you're moving house. There are twelve exclusive pins, each with a different DC here, it was my good fortune to get one of the least identifiable. 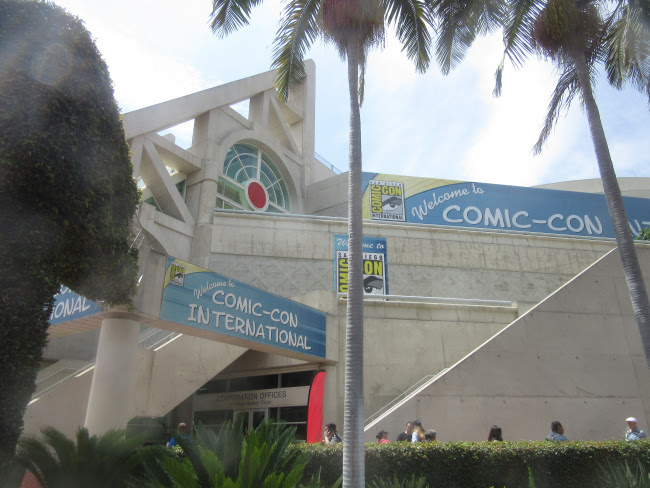 To-night's Preview Night and, as usual, I didn't feel like watching any of the TV episodes being shown to-day so I just availed myself of the opportunity to pick up the printed schedule, souvenir book, and printed schedule. There aren't very many panels I want to see this year. I might try getting into the Doctor Who panel to-morrow but my heart won't be broken if I don't make it in--the whole thing will probably be on YouTube before I get home anyway.

I'll offer some advice now to anyone reading who's attending Comic Con this year. I'm a San Diego resident and I've been going to the Con for over twenty years. One of the things that's changed in the past couple years is Horton Plaza, the shopping mall in the middle of downtown. Its owners, Westfield, have been deliberately letting it die, letting leases expire--the rumour is they want to turn it into apartments. This is relevant to Con goers who, in past years, always had the option of forgoing the ten hour wait for a hundred dollar slice of rubber and instead going to a normal mall food court and getting an average priced slice of pizza. That food court is gone, even the Taco Bell closed. It's just a bunch of sad empty stores up there now. There is an overpriced supermarket on the bottom floor, though, called Jimbo's, which is sort of like Whole Foods with less of a selection. The Ralph's across the street is still there, too.

For my money, the best place to get lunch, if you have time and energy to walk ten blocks, is Pokez on 10th and E. But I've found the best option for years is to simply pack a lunch. The key to waiting in the queues is to accept the reality of Being In the Queue. Don't think about getting to the end of it, just Be In It. And prepare yourself to Be In It. A path is formed by laying one stone at a time, as the giant said on Twin Peaks.

Anyway, I'll be at the Con most of the time from to-morrow morning 'til Sunday night, posts here will probably be short, then I'll write longer Con reports next week. 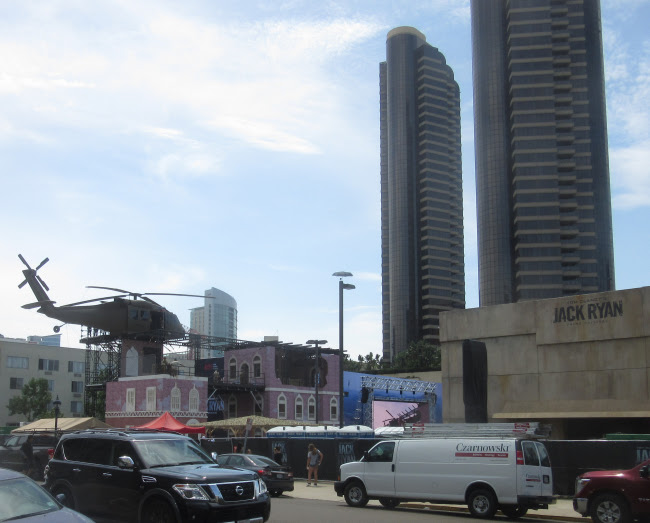 A lifted veil reveals a varied mug.
Toupees of lacquered wrath revoke the skull.
A tapered cloudy sky could sink the tug.
The talent whale replaced the iron hull.
Repeated boulders pushed the 'lectric eye.
A noise ignored became a heap of sand.
The microphone records a buzzing fly.
All sense of tune deserts the only band.
A magic sword conferred appraised the dawn.
The silent roads of hauntings mark the space.
An early soul deduced the ghosts've gone.
The shredded bundle yet could haunt the place.
The numbers back decreed the gen'ral hunch.
The common loaded die determined lunch.