Many Windows with Many Women 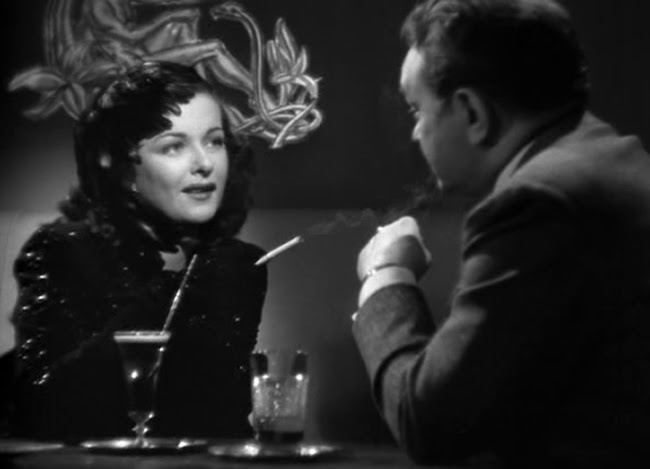 I recently watched 1944's The Woman in the Window again and then I was surprised to see another movie by that name is currently in development starring Amy Adams and directed by Joe Wright. I assume it has some connexion to the 1944 film--the Wright film features a woman who stays in a lot and watches classic movies, I assume one of them being the old film noir. Though the concept of Wright's movie sounds much closer to Rear Window as it features Adams spying on neighbours and eventually witnessing some kind of crime.

The original Woman in the Window seems like it was tailor made for theorists to analyse decades later. It's about a middle aged, mild mannered psychology professor played by Edward G. Robinson who is captivated by a portrait of a woman in a window whom he eventually meets, this meeting having disastrous consequences. 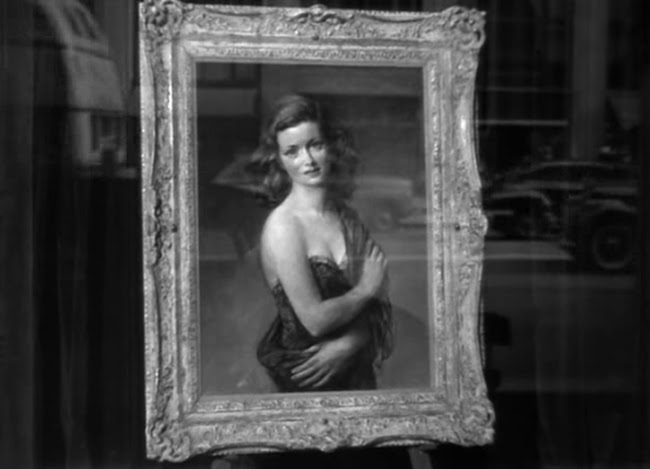 There are many potential routes for discussion on art within art, the difference between fantasy and reality, and the ambiguous levels of responsibility the protagonist bears for what occurs. It's all fertile ground for talking about existentialism, gender, class, all the goodies. 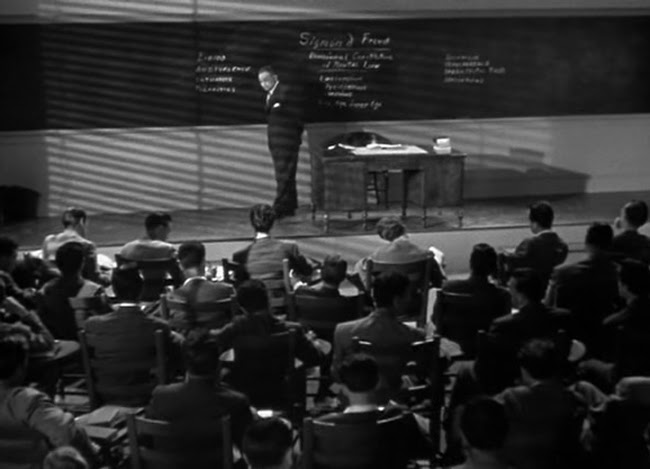 Robinson's Professor Wanley is first introduced lecturing a class on the difference between killing in self-defence and killing out of malice, explaining how the law distinguishes between the two and doesn't punish the former like the latter. But when he actually finds himself in a situation where he's killed someone in self-defence he feels compelled to hide the body. After all, if it comes out that he, a married man, was discovered in the apartment of a beautiful young woman, his reputation and probably his career would be ruined.

The film blends the dichotomy of fantasy and reality--the portrait of Bennett's character and the actual woman--with the dichotomy of theory and practice--what the law says about a situation and how that situation might play out in reality. 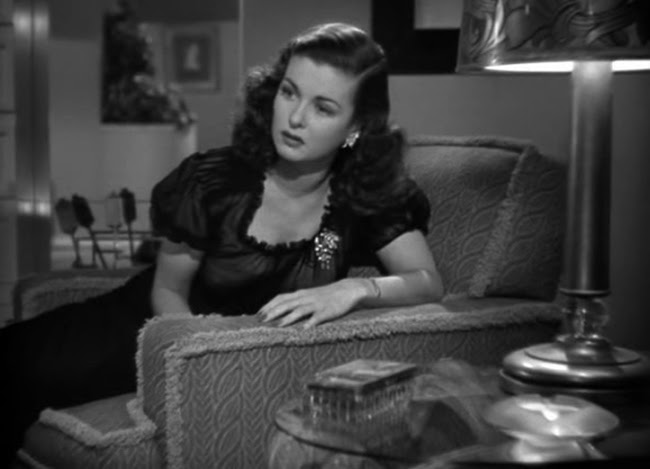 At the same time, though, everything about the "real" situation is dreamlike. Why would Joan Bennett, seeing Edward G. Robinson drooling over her portrait, invite him back to her apartment? Cary Grant he's not. How likely is it that Wanley could've killed the guy attacking him with a little pair of scissors? The film's "it was all a dream" ending was added by director Fritz Lang to conform to the demands of the censors but the film is actually credibly like a dream. Despite Wanley's education, I can kind of believe he's a total klutz when it comes to hiding a body. How many mistakes does he make? Trying to speed past the toll booth, tossing a dime to the guy, but actually stopping to talk when the guy can't find the dime; cutting his arm on barbed wire where he dumped the body; giving constant verbal cues to the police detective investigating the murder, whom Wanley just happens to know. Wanley may be an expert but he's not a field expert--an expert on Vikings isn't necessarily ready to jump in a long boat and raid the coast of England. But he has such bad luck it seems exceedingly improbably and the fact that he doesn't get caught almost immediately is incredibly improbable. Every step seems designed more as a torment for him than anything else. 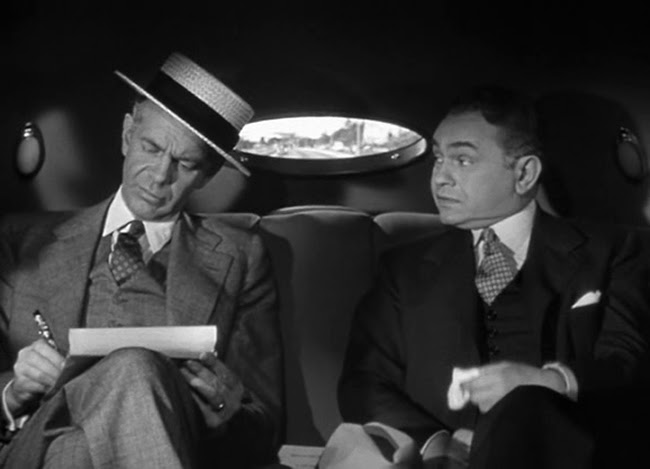 It's a world tailored to his anxieties, to punish him for going home with a pretty woman while his wife and kids are out of town. Part of me actually likes the ending, the movie would almost be over the top without it. But if it's Wanley's dream, how do we account for the sequences where he's not present? The scenes shot from Joan Bennett's perspective when the murder victim's body guard, played by Dan Duryea, tries to extort her, first for cash, then for sex? Not only does she stop being a femme fatale, she becomes the protagonist--it's as though Wanley becomes her. 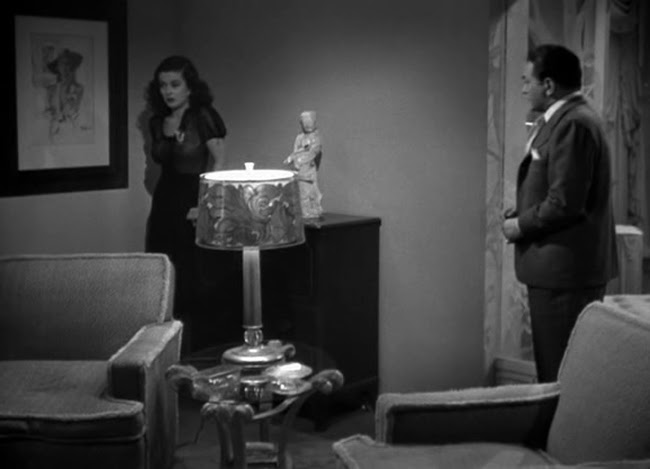 This is emphasised by the fact that every single trick Bennett tries to play on Duryea is immediately seen through by Duryea, no matter how unlikely it is that he could. When she says she only has 2500 dollars, he's absolutely confident she has the full 5000. Every attempt she makes to distract him immediately leads to him going directly for what she was afraid he'd find. Is Wanley transgender? Or is it a comment on the nature of the viewer's relationship with a work of art? The feelings inspired by a great work might be so personal that in a sense we are what we see.

A calling club for diamonds lists a jack.
A knave repaid the bill before the deuce.
A diff'rent card replaced the Hoyle pack.
To cut the deck's to hack an elder spruce.
Surprising empty cards emerged to hand.
Were hearts discerned behind the paper mist?
A flush announced became a triple band.
A royal hides beside a waiting wrist.
A poker game became a Solitaire.
Or Patience--takes the night in ghostly round.
But dreams of player shapes were thinnest air.
The whisper slap of cards the only sound.
The dust recycles digits for the suits.
A sleepy light illumines numbered roots.