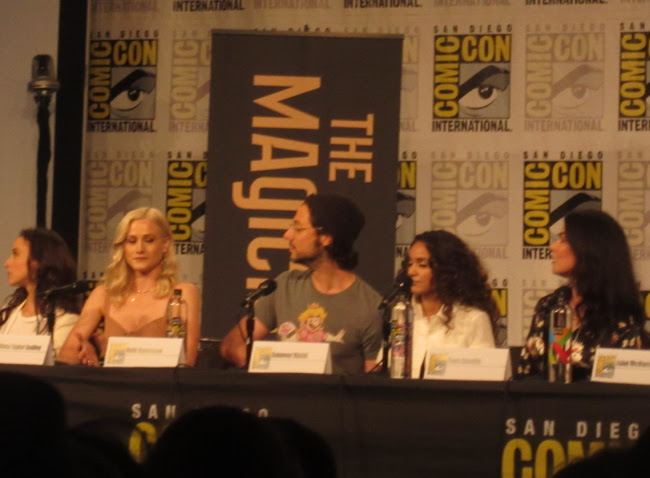 On Saturday at Comic Con I spent most of the day in the Indigo Ballroom. I was there to see panels for Cosmos, The Orville, and Twin Peaks which meant altogether around six hours of other panels I needed to sit through. I packed my dinner instead of lunch that day--I made some cucumber sushi rolls and a hard boiled egg and as always I had an apple. It would've been handy if I could've slept at the Con since I was there so late and had to be up early the next day. Which must be one of the appeals of boarding schools. As it happened, three of the panels I sat through that day were for shows about magical boarding schools--Legacies, Deadly Class, and The Magicians.

Obviously there's the influence of X-Men and Harry Potter but I found myself wondering at the apparently widespread appeal of the concept. I guess the impression I had is that they're generally sort of gated communities of beautiful misfits. It has some of the same appeal as fiction set on ships, like Star Trek, where the characters are part of a family, everyone takes care of each other and everyone has value and individual charms that are validated in working for the common good. In the boarding school concept, the administrative figures aren't the leads and are generally presented as powerful and charismatic but sidelined patriarchs or matriarchs. There's more emphasis on the protagonists being taken care of though the drama often revolves around a threat to that premise--either the headmaster/mistress is undermined or something threatens the school. With these shows, though, the primary appeal seems to be the microcosm of pretty teenagers who are simultaneously discomforted by the strange situation of the boarding school and titillated by the forced intimacy with other pretty teenagers. The added supernatural element gives the teenagers attractive misfit traits that become potential grounds for bonding and therefore also for dramatic betrayal. 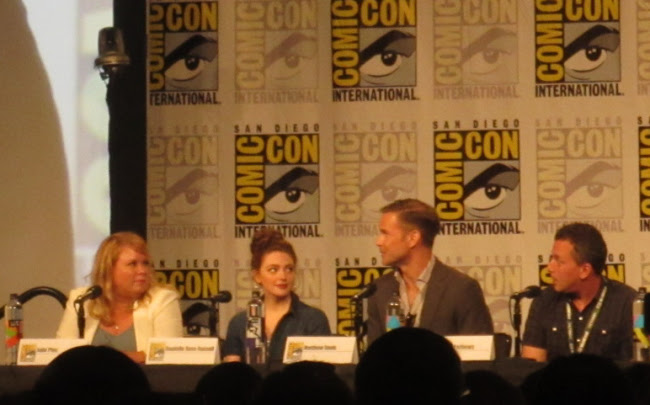 The first of the three boarding school panels I saw was for an upcoming series called Legacies which is a spin-off The Vampire Diaries and The Originals, neither of which I've seen. Legacies centres on the daughter of a werewolf and a vampire from those previous shows, Hope Mikaelson (Danielle Rose Russell). The show will depict her life at the Salvatore School for the Young and Gifted. It seems to blend the aristocratic fantasy appeal inherent in most post-Interview with the Vampire stories with the boarding school concept, which seems a very natural combination to me. You can see the full panel here. 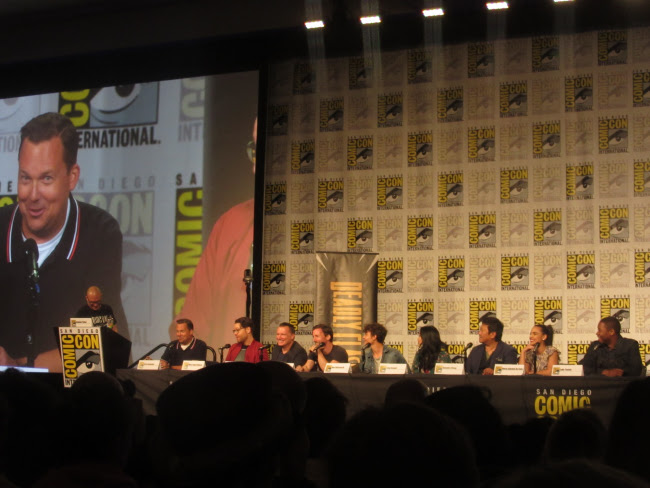 On the other side of the tracks is Deadly Class which centres on a homeless kid who's taken in by a secret school of assassins. Based on a comic published by Image since 2014, it's produced by the Russo Brothers. They weren't present but recorded an amusing special video message for the panel. The show features Benedict Wong as the headmaster. It's set in the late 80s and injects kind of a Warriors vibe into the concept. The moderator praised the homages to punk rock and the comic creator's Spotify list which includes The Ramones and The Cure. The sort of abbreviated pilot that was shown for Comic Con was much better than the trailers on YouTube for the show and I think I might even enjoy it if I ever find time to watch it despite the presence of Henry Rollins as a minor character (I'm not a fan). The lead, Benjamin Wadsorth, seems like a young Peter Weller and is effective as the orphan murderer Marcus. Maria Gabriela de Faria as a student he's attracted to was less impressive--she came off as remarkably phoney. Lana Condor as possibly a rival love interest, though, had some nice enthusiasm. The comic's creator, Rick Remender, was also on the panel and seemed pleased by how his work was translated into a series, which is nice to see for a story that seems to have complicated morality. 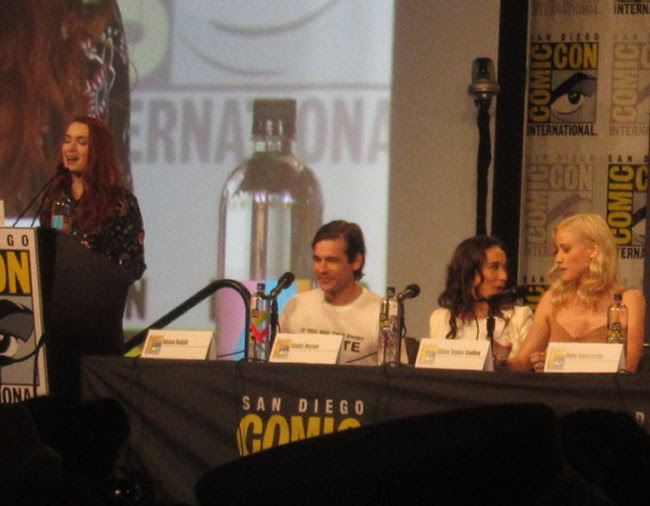 Finally, I saw the panel for The Magicians, the only of the three series I've actually seen. It was at a Comic Con panel that I'd first heard of The Magicians--a year or two ago, a panel hosted by Chris Hardwick who passionately endorsed the show. The cast of the series were charming and had such a good rapport on the panel I was compelled to check out the series. I kind of enjoyed the first couple episodes but I found lead Jason Ralph's whininess too irritating. He seems like a nice enough guy, though.

Since this year allegations from an ex-girlfriend kept Hardwick from Comic Con (a situation having been investigated by AMC with the result that Hardwick has apparently been exonerated) Felicia Day hosted the panel. Day also apparently made a guest appearance on the show and seemed even more in love with it than Hardwick. Once again, I did find myself charmed by the easy rapport and charisma of the pretty cast which was also highlighted in a blooper reel shown to the crowd. Stars Jason Ralph and Stella Maeve were promoting a homeless charity and accepted five dollars from a cosplayer from the crowd--anyone who spends time in San Diego knows the city has a massive homeless problem so it's certainly a worthy cause. Olivia Taylor Dudley, who plays Alice on the show, answered a question from a nervous male fan about what it was like to play a character who adopted a variety of personalities. "My favourite was 'Nympho Alice'," said Taylor Dudley.

"Mine too," said the guy who'd asked the question.

"Aw, you have a picture of her on your phone, don't you?" said Day. When the guy nervously admitted he had a wallpaper of Olivia Taylor Dudley, Day, observing he was tongue-tied after that, said, "He's blushing, that's sweet." The undercurrent of political neuroses was present as always and a ripple of nervousness went through the room when Day called another fan "Shorty." She hastened to add, "It's adorable!" which probably wouldn't help if someone decided to complain about it. But she was a good moderator in my opinion and the cast and writers were fun. They'd all apparently done tequila shots (Day said their bottles were filled with "water", using air quotes) before the panel and the series co-creator John McNamara seemed completely sloshed. He started rambling about his love for Le Mis. I might have to try giving this series another chance.

Escaping bulls design the rivers wide.
A straying crane mislays the varnished beam.
Aggressive blanks are fired ev'ry side.
The tossing foil shines ere morning's gleam.
A borrowed helmet changes back to face.
The castle lord could sally forth to Joan.
Together turning lamps illume Her Grace.
Concordance always trod the field of bone.
A secret knight to Death was yet betrayed.
A stratagem unhorsed the tracking guard.
About the field were garlands now berayed.
Extolling broken blades across the yard.
Between the tricking sheaves a light compels.
A dry and quiet sea for flame impels.