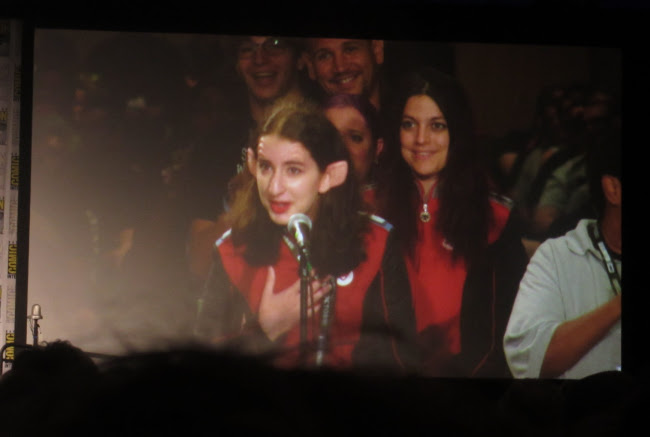 In Sci-Fi/Fantasy fandom, you can often judge a show's popularity by how many people dress as its characters at Comic-Con. It was no surprise to me that I saw a lot more Orville cosplay than Star Trek: Discovery cosplay. In fact, I didn't see any Discovery cosplay whatsoever. That doesn't mean there weren't any though I might add I can't even find any examples when I do a Google image search for "San Diego Comic Con Star Trek Discovery Cosplay". I did see old fashioned hairy Klingons and people in TNG and TOS costumes. I saw the queue for Discovery's Hall H panel was tiny. The impression I generally have is that Star Trek fans would prefer not to acknowledge Discovery's existence. Which I think is fair considering the first season of Discovery often seemed like it preferred not to acknowledge the existence of Star Trek fans. If there's a divorce happening here it's definitely Disco that initiated proceedings. 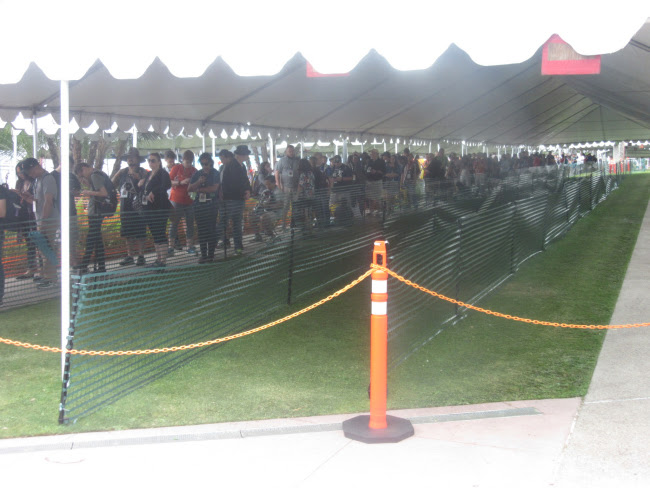 There are some signs that Discovery might not be enjoying its beautiful isolation, though. The trailer for season 2 shows many elements from the original series being introduced and ends with a distinctly Orville-ish turbolift gag.

The Orville panel was held in the Indigo Ballroom at the Hilton across from the Convention Centre. The ballroom definitely filled up but, while it is one of the larger rooms in all the buildings utilised by the Con, it's less than half the size of Hall H. It sort of reminded me of years ago when the Firefly panel was placed in Ballroom 20 and a massive queue stretching out onto the Embarcadero showed how organisers had miscalculated. The disparity between expectation and reality wasn't quite so visible in this case but there definitely was one. 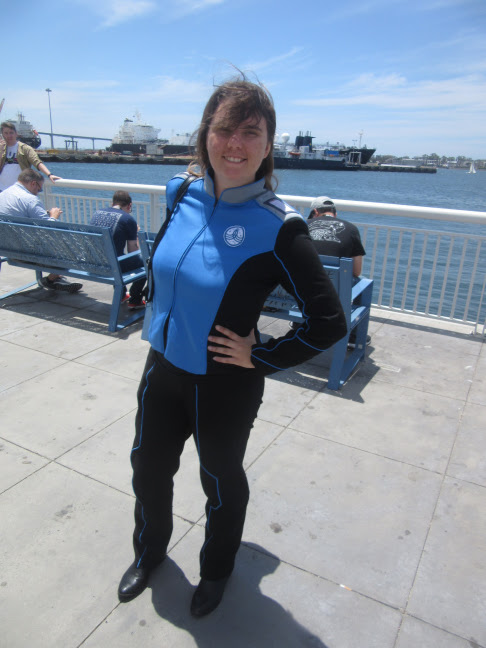 This is the first Orville cosplayer I saw. She told me she'd seen several others that morning. Nearly all Orville cosplayers I saw were women but in general I find cosplayers for any fandom are mostly female. Cosplayers who asked questions of the panel were rewarded with skulls--props from an upcoming episode. 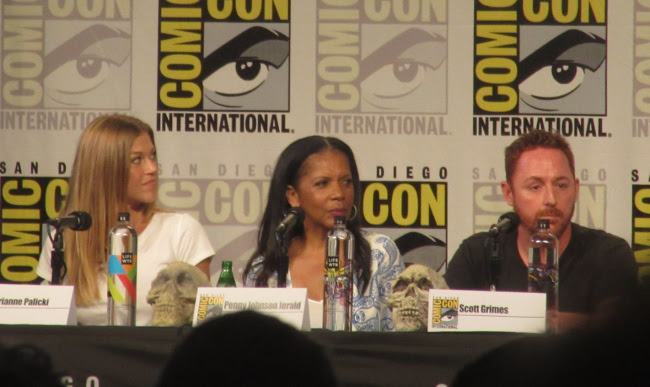 The full panel is online (part one is here and part two is here). If for nothing else, I recommend watching for Penny Johnson Herald's impromptu dance routine. I'll never see her character the same way again.

I think the main reason Orville succeeds where Discovery doesn't is that there's a genuine sense of affection for the characters that comes through in the writing. Instead of the often scattershot feel of Discovery's first season, Orville had characters that seemed to grow organically as the season progressed and established themselves in the mind of the viewer. Seth MacFarlane on the panel, though, seemed to feel the most important difference between the two series is optimism. 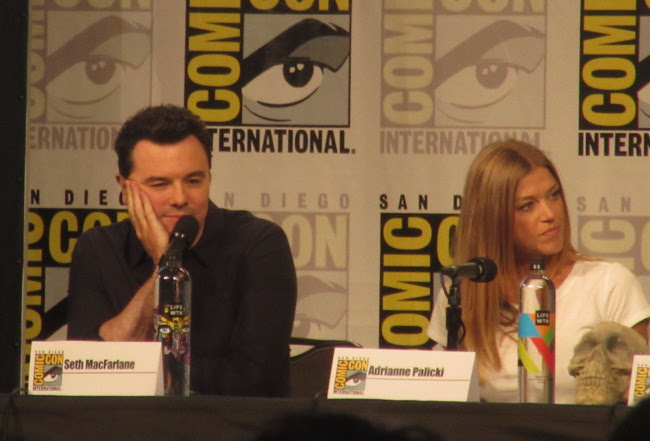 He talked about remembering how engineers and scientists described being inspired by Star Trek to go into their careers. He described feeling concerned that art was no longer inspiring people to be constructive but only to despair. I think he has a point. This is a function religion used to serve--one could talk about how foolish it is to believe in fanciful things that turn out not to be true but very often some kind of hope is necessary just to feel motivated. 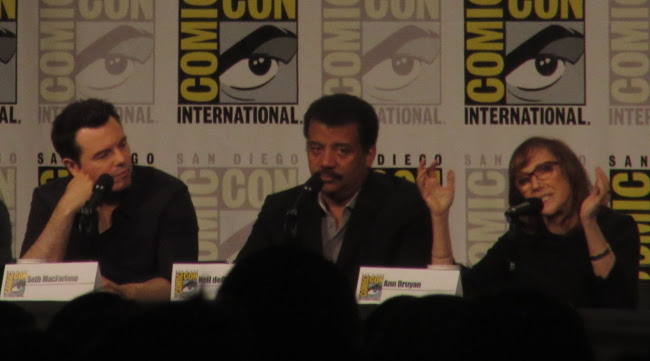 The Orville panel was preceded by the panel for Cosmos and, like the panel for Orville, also had Seth MacFarlane and Brannon Braga who serve as executive producers. Also present were the show's host, Neil deGrasse Tyson, and Carl Sagan's wife, Ann Bruyan (the full panel for this one is also online--part one and part two).

Several of the people who asked questions of the panel identified themselves as teachers who were frustrated by students who seemed to be more and more resistant to learning. One described a growing problem with students who believe the Earth is flat. This is certainly depressing--I remember when the big problem was Creationists, which was bad enough, but the increase in Flat-Earthers seems even worse. DeGrasse Tyson said we have a failed educational system, which I think is true, but I felt he was more astute when he responded to a question about whether he would run for president. He made the point that, as bad as Trump is, just swapping out the president for a better one isn't an adequate solution. The problem is that millions of people voted for Trump, and that's the real problem that needs to be addressed. It is nice to know there are shows making the effort to do so.