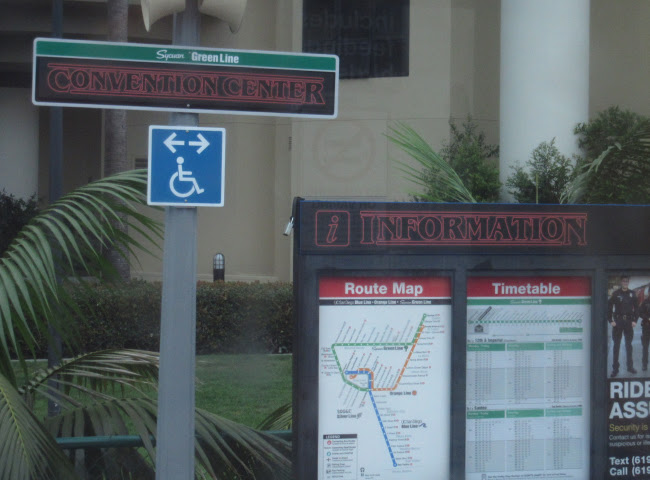 I took the trolley to Comic Con every day this year. The station at the Convention Centre had special Stranger Things themed signage.

One common thread I heard on panels this year was the issue of how much control writers or producers ought to exert over a television series. I sat through a screening of the pilot for an upcoming series called Manifest on Saturday after which the stars, Melissa Roxburgh and Josh Dallas, along with creator Jeff Rake, appeared on the panel to answer questions. Rake explained how, when he pitched the series, he had to give a complete synopsis of exactly where the show would eventually go at the end of its run. This was to avoid, he said, something like what happened with Lost. I've never seen Lost but I will say one of the reasons I didn't like the Manifest pilot I saw on Saturday is that it seemed too attached to a plan. Its premise about a passenger plane flight that jumps five years into the future has a lot of potential for developing characters but every reaction the protagonists had to the situation seemed flat and artificial. When their friends and relatives met them after they'd disappeared five years earlier none of the reactions felt authentic. It all felt sort of like a filmed synopsis.

Two days earlier, on Thursday, I saw the panels for Breaking Bad and Better Call Saul where the creator of the former and co-creator of the latter, Vince Gilligan, spoke several times about how important it was to remain creatively flexible and ready to change plans when inspiration strikes. He cited several examples but the biggest he referred to was the fact that the character Jesse (Aaron Paul) was originally meant to die in season one of Breaking Bad. Gilligan changed course on that as a reaction to Aaron Paul's performance as the character. 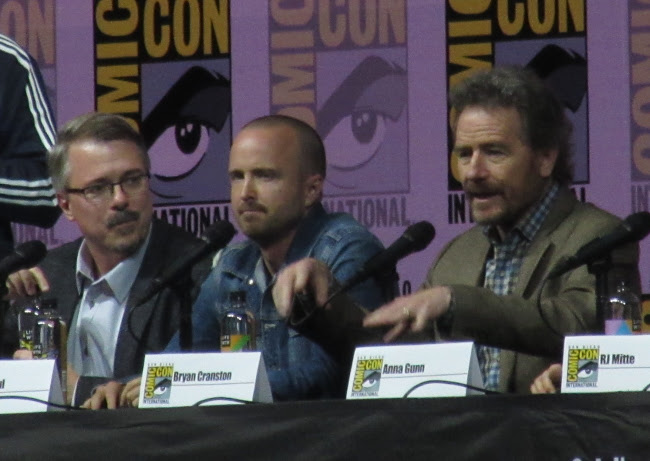 Betsy Brandt, who played Marie Schrader on the show, talked about how creatively involved she was with her character, even down to coming up with her character's job and, to some extent, wardrobe. On the other hand, Bob Odenkirk, who plays Saul/Jimmy McGill on both Breaking Bad and Better Call Saul, was adamant that he was only there to perform what was written for him and he had no desire to contribute to the writing or concept, expressing a complete faith in and admiration for the creators. 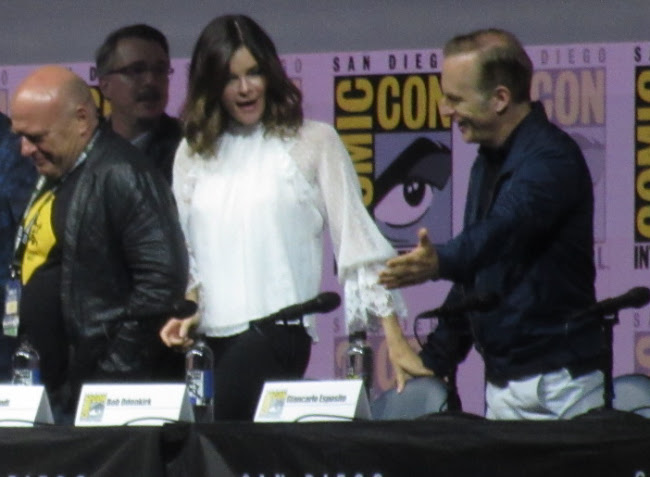 The Better Call Saul panel had footage from the upcoming season which starts on August 6th and the Breaking Bad panel was an anniversary panel--apparently that show's already ten years old somehow. Bryan Cranston and Aaron Paul along with most of the main cast were there. Both panels were hosted by Bill Burr, one of the best moderators I saw this year, largely because he didn't seem like he was trying so hard to prove himself. He also had a small role on Breaking Bad which he lobbied aggressively for. The full panels can be seen here and here.

On Saturday I stayed up for the 8pm Twin Peaks panel which featured several actors from the new series. Much of the conversation revolved around how the show allows the viewer to develop his or her own interpretation. Very little from the panel has been put online so far so I uploaded my own footage. I apologise for the low quality video, I have a good camera but a small memory card.

Twin Peaks: The Return clearly benefited from careful planning before Lynch started shooting but Lynch has talked about his need for "room to dream". It occurred to me one could interpret the season as a contrast between the benefits of allowing oneself to be an instrument of the universe, like Dougie, or someone who tries to assert his own will or plot on the universe, like Agent Cooper or Mr. C.

I think Lynch's work could be described as an artist's art; he deals so often with ideas about dreams and creativity. So maybe it's not surprising that I met two artists in their booths this year who were showing Twin Peaks fan art--Josh Howard and Chaman Vision. Howard has a series of comic book style fan art tributes to the new season of Twin Peaks while Chaman Vision has put together some posters imagining a film starring David Bowie as Phillip Jeffries. 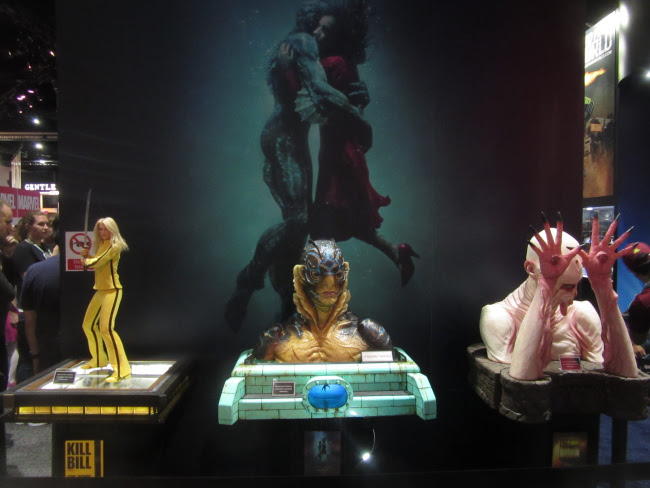