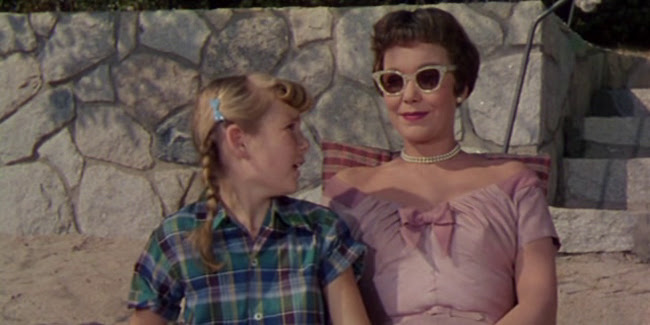 The foundation of morality in 1954's Magnificent Obsession is kind of terrifying if you think about it for more than two seconds. A man whose guilt over inadvertently causing another man's death transforms that into a sexual obsession with the widow, an intensely dull woman otherwise. Weird plot devices are marshalled to make this seem reasonable and it's difficult to take the story seriously, though I imagine for some it's a perfectly innocent, if decadent, indulgence. Contemplating the implications of its absurdities could lead to some interesting conclusions but mainly I kept watching because of the coldly beautiful cinematography. 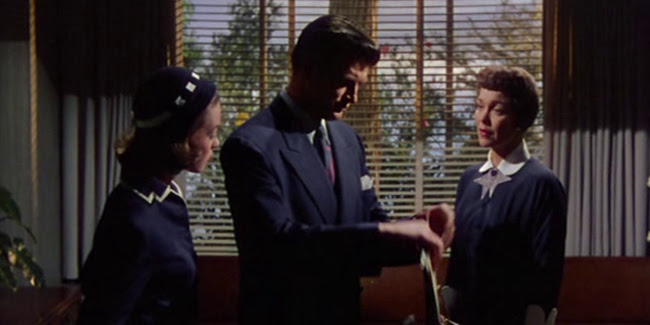 Technicolour, among its detractors, had a reputation at the time for being distractingly lurid. Maybe this is why director Douglas Sirk and cinematographer Russell Metty seemingly chose to import the virtues of black and white photography. 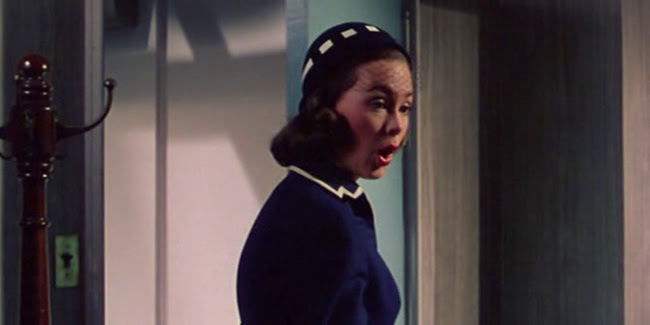 The film is filled with black shadows and sets and costumes are often pale neutral colours. But there are also strikingly bold colour accents, particularly reds, pinks, and magentas. 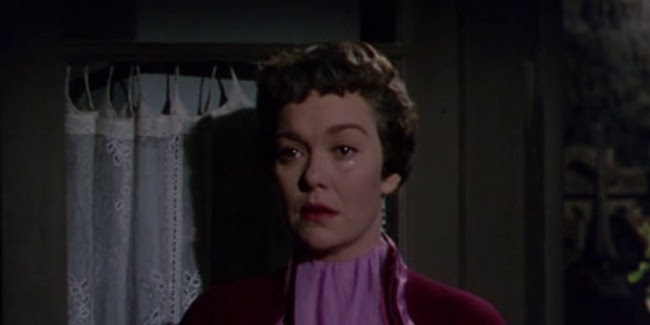 Jane Wyman plays the widow, Helen Phillips, of the saintly Doctor Phillips. We never get to see him--the film opens with daredevil millionaire Bob Merrick (Rock Hudson) having an accident in his experimental speedboat, necessitating the use of a nearby resuscitator belonging to Doctor Phillips. Because it's being used on Bob, it's not available to Phillips who consequently dies of a heart attack. 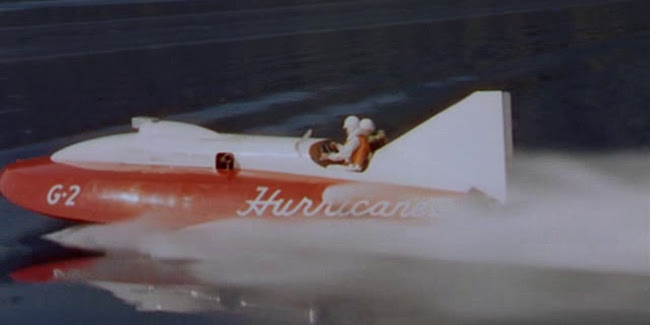 This is bad luck, not fantastic bad luck, I could imagine it happening, it doesn't push the film into melodrama quite yet. But then Bob, deeming himself fit enough to be released despite what his doctors think, sneaks out of the hospital on foot and is picked up on the road by none other than the widow Phillips. 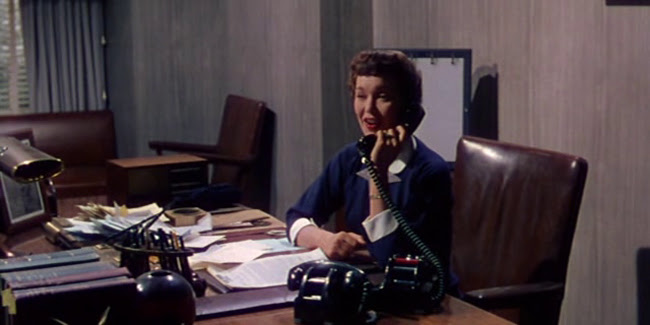 He starts to flirt with her right away, before knowing who she is. When he finds out, he asks to be let out, at which point he immediately collapses and she takes him back to the hospital where she's also now administrator since her husband's death. 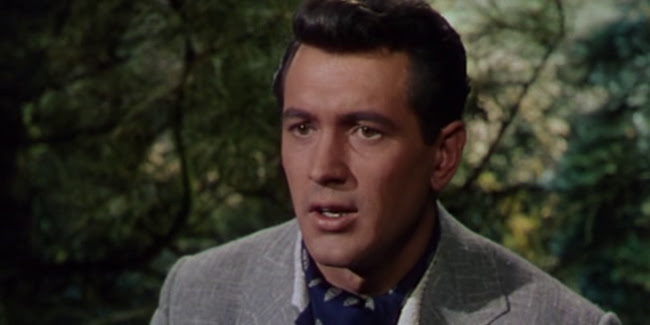 Bob's guilt over his responsibility for Dr. Phillips death could've been worked into a real point of noir-ish tension, not unlike Toshiro Mifune's stolen gun in Stray Dog. But so much weird melodrama is heaped onto the film it becomes more of a conceptual spectacle. The weirdest thing is probably Dr. Phillips' magic powers, which constitute the magnificent obsession the title refers to (certainly it's not Helen). Dr. Phillips gave assistance to anyone who needed it and always kept it a secret--as a consequence, he was blessed with good luck and a fulfilling career. Presumably his good deeds were separate from his normal duties as a doctor in the hospital which weren't carried out in secrecy. 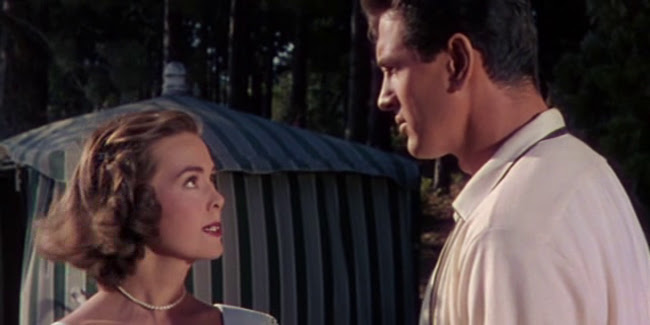 So Bob starts employing this philosophy after hearing about it from Dr. Phillips' equally saintly painter friend (Otto Kruger). But Bob immediately screws it up after spilling the beans on his first good deed to Helen while he chases her into a cab. She exhibits no interest in him whatsoever while his guilt related to her is apparently a big aphrodisiac for him. Either as divine punishment for not keeping his deed a secret or just the machinations of melodrama, Helen ends up blind and Bob starts pretending to be a guy named Rob whom she starts to fall in love with. 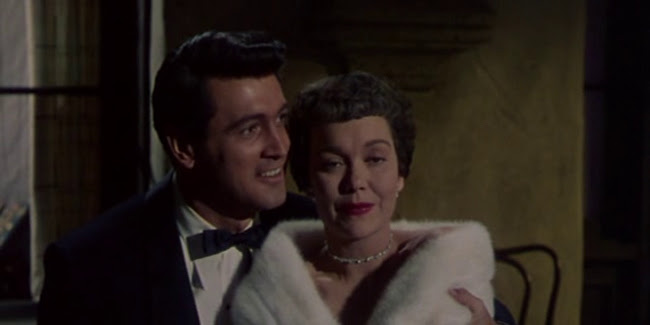 One could ask whether Bob ever actually learns humility in this film or just learns to play a very different, very weird game. There's something about this story that taps into the danger of arrogance in the American myth and the Puritan obsession with virtue based on tangled reasoning. But I found these problems to be teased out much better in Sirk and Metty's later melodrama collaborations, Written on the Wind and All that Heaven Allows.

The cattle lined along the rail to space.
A plot became a sun before the rise.
In nature's ev'ry table hid an ace.
The bulky trees were cracking good disguise.
The cards in columns list for Solitaire.
Forgotten eyes yet view machines enthroned.
The frozen foods usurped the Frigidaire.
The voice of frost a summer curse intoned.
The creaky trees divided walking arms.
In greying space the forks began to hum.
Entire peoples turned from ploughs to farms.
A swaying barque conveys a mouldy sum.
A dusty board retracts the keys to flat.
A foil world contains a metal cat.