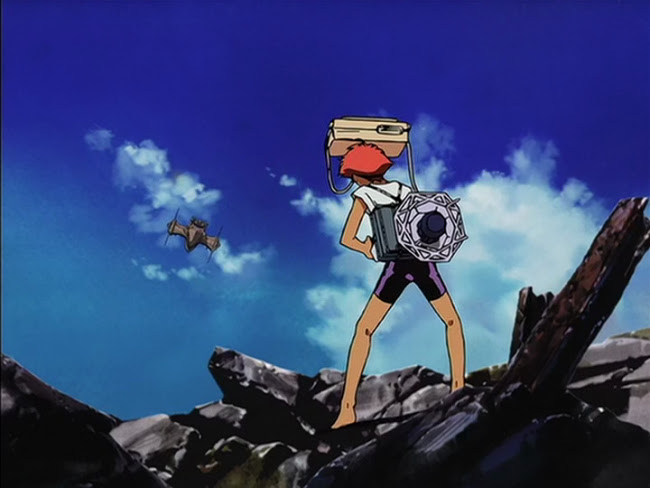 It's not until the ninth episode of Cowboy Bebop we finally meet the last member of the Bebop crew featured in the opening theme. A much broader and more cartoonish character than the others, Edward also represents a personification of the chaotic reconfiguration of landscape, culture, and society that characterises the universe depicted in the series. 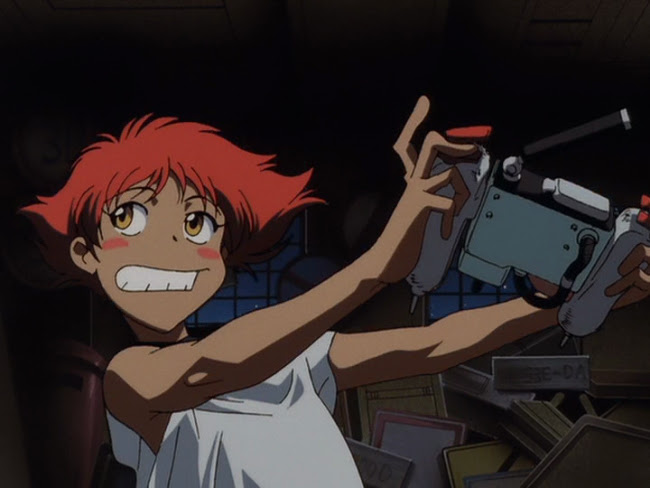 Nearly all anime series in the late 90s, and to a large extent even to-day, were influenced by Neon Genesis Evangelion. It's harder to see on Cowboy Bebop but it's there, too, and it would be fair to compare Edward (Aoi Tada) to Evangelion's Asuka Langley Sohryu: Asuka, when she's introduced, is also a much broader character than the others and she doesn't appear on Evangelion until eight episodes in (compared to Edward's nine). Like Edward, she's a redhead and represents a mixture of cultures, in Asuka's case Japanese and German. 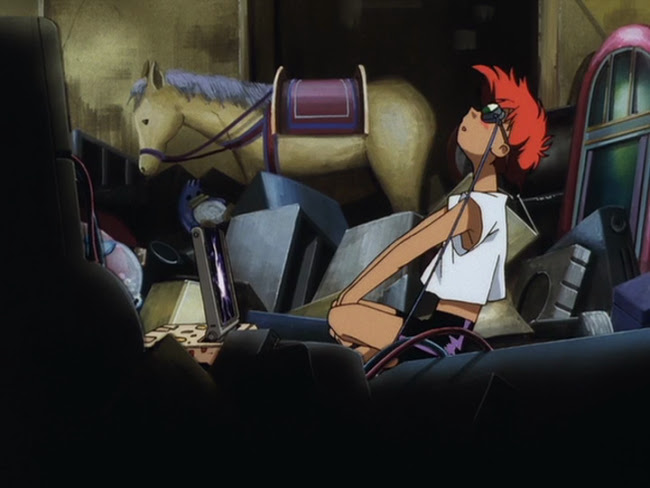 Edward's racial and cultural background, though, remain a mystery throughout the series, a mystery brought no closer to a solution when we learn Ed's full name is Edward Wong Hau Pepelu Tivrusky IV. And, of course, she's a girl with a boy's name so there's not one cultural signifier we can trust about her. When Jet seeks Ed in the episode and talks to a number of people, we get even more significantly jumbled information as one person seems to believe the mysterious Radical Edward is a tall man, another believes she's a beautiful women, another believes she's an alien. 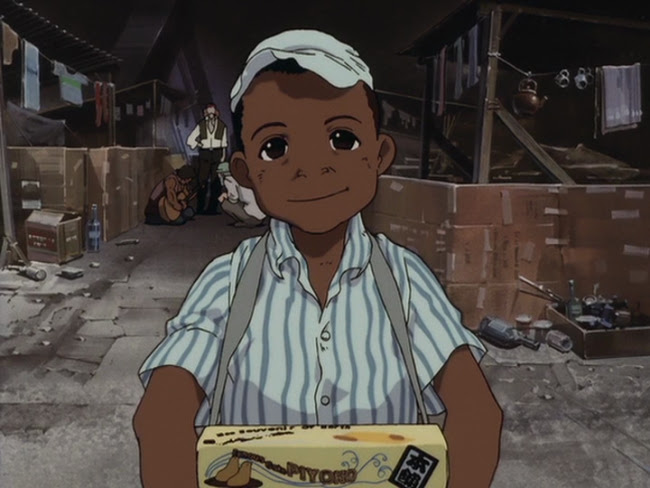 A kid offers Jet a "well-known speciality of Earth" and acts surprised that Jet doesn't recognise it. It's some kind of processed snack food called Piyoko. Is this just part of the kid's sales pitch or is this some tenuous manifestation of a new Earth culture? I love all the background details in the depictions of people Jet interviews. 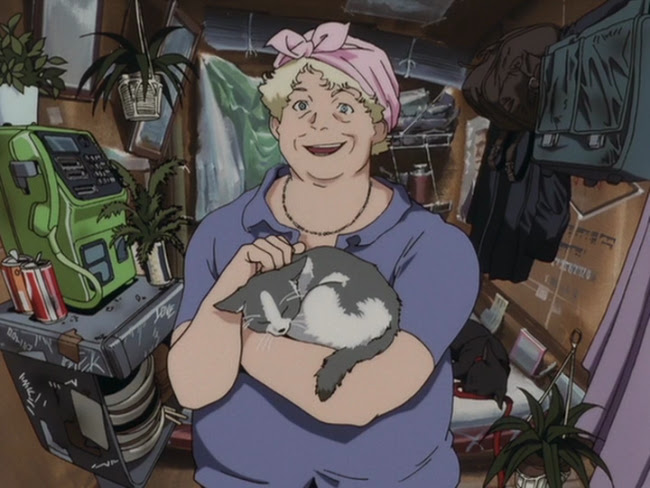 As with Spike (Koichi Yamadera), Jet (Unsho Ishizuka), and Faye (Megumi Hayashibara), Ed's first episode is more about the bounty than Ed which turns out to be an old satellite computer whom Ed names MPU (Joji Nakata). MPU begins the episode speaking to itself, lamenting that it is "always alone", and later we learn more about how it uses orbital lasers to carve images into the battered face of the Earth just in the effort to relieve some of its loneliness. The computer tells Edward how the images are an imitation of the ones humans used to make on the planet before constant meteor showers turned the planet into a constantly changing, dangerous place. The drawings aren't an attempt to change the Earth but to put it back the way it was. The computer is looking for some way to establish connexion with a lost culture, the last time it wasn't lonely, which represents a theme that will become more and more prominent as the series continues: a desire to go home and recover what was lost. 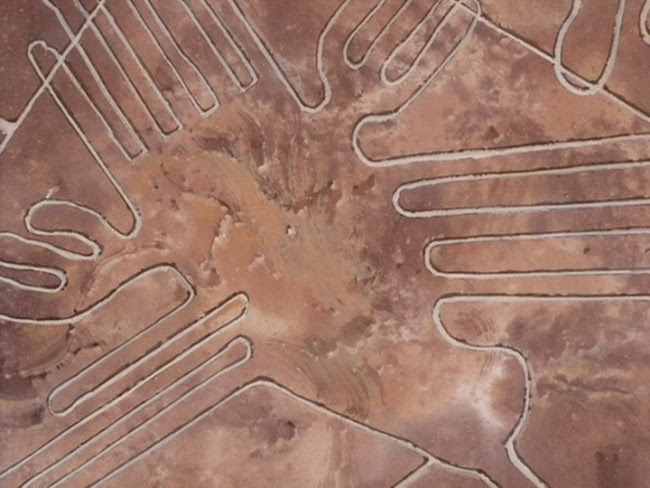 Ed represents the opposite, the personification of the constant change in place and identity but she offers friendship and help to the computer. She's quite comfortable in this shifting world, though by the end of the episode it seems as though MPU and Ed are incompatible, however much the two might like to be friends. But throughout the series, as here, we'll see very little evidence of sentimentality in Edward. She seems to want to help MPU, but is just as happy to hand MPU over to the police for a bounty without a second thought.