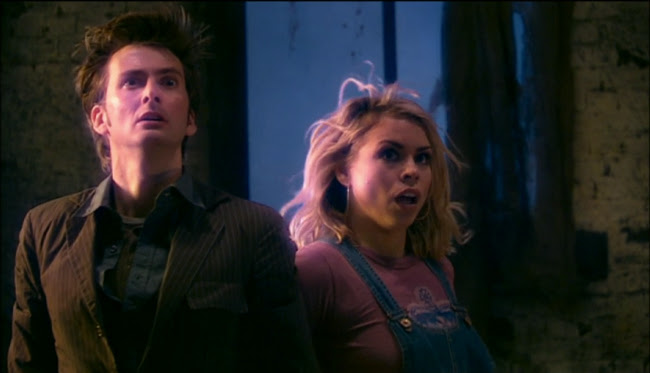 "Tooth and Claw", an episode from the Tenth Doctor's first season on Doctor Who, feels like a Twelfth Doctor episode in a lot of ways. It's set in Scotland, it's a horror pastiche, and it features two instances where the Doctor's companion has to quietly inform him he's being rude. But there are several ways in which it is distinctly of the Russell T. Davies era. I'd forgotten how giddy the Doctor and his companions got, particularly Rose (Billie Piper), over meeting historical figures or famous fantasy characters. Sometimes it felt odd to me but I enjoy it in "Tooth and Claw". I also forgot how red David Tennant's lips could be. 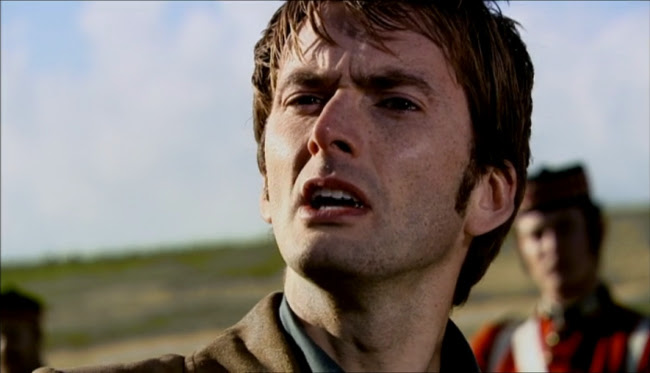 One could also say it's like a Twelfth Doctor episode in that it has some disagreement over whether or not the Doctor is a good person. But while in the Twelfth Doctor era this questioning mainly came from the Doctor himself, in "Tooth and Claw" it comes somewhat unexpectedly from Queen Victoria (Pauline Collins) who, after ennobling both the Doctor and Rose, suddenly banishes them.

"I don't know what you are, the two of you," she says, "or where you're from. But I know that you consult with stars and magic and think it fun. But your world is steeped in terror and blasphemy and death and I will not allow it." 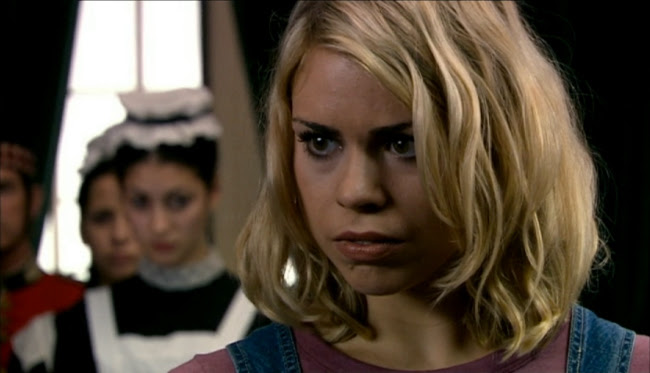 There's a tension between different perspectives on morality throughout the history of Doctor Who. Sometimes the Doctor will casually and adamantly use the word "evil", other times he chides others for using it too hastily to condemn an entire species or to judge the actions of an alien without examining its motives. In "Tooth and Claw", Rose, when confronted with the werewolf, immediately starts to ask him questions and offers help, thus continuing the fine tradition on the show that goes back to scenes like the Third Doctor's first encounter with a Silurian where he unhesitatingly offered the hand of friendship. It makes sense that Queen Victoria would not approve of the Doctor and Rose on moral grounds, though it would make more sense if it wasn't sprung suddenly at the end of the episode. 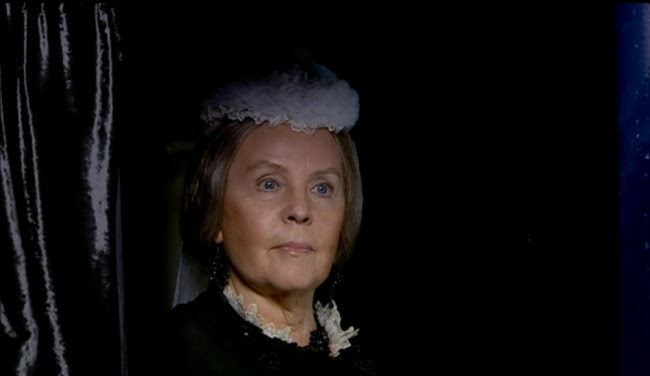 The difference between how this disapproval works in "Tooth and Claw" and how the moral quandaries are presented in the Twelfth Doctor era is that Victoria's stance is presented as a subjective judgement which the audience may or may not concur with. There's ambiguity over whether Twelve did the right thing in "Kill the Moon" by forcing Clara to make a decision without the aid of his foreknowledge. But in that case there's more of a sense of it being an attempt to find the real right thing to do than it is about the perspective on the right thing to do. Victoria's condemnation comes from a specific moral perspective and through it suddenly even the giddiness the Doctor and Rose feel over their adventures becomes suspect. 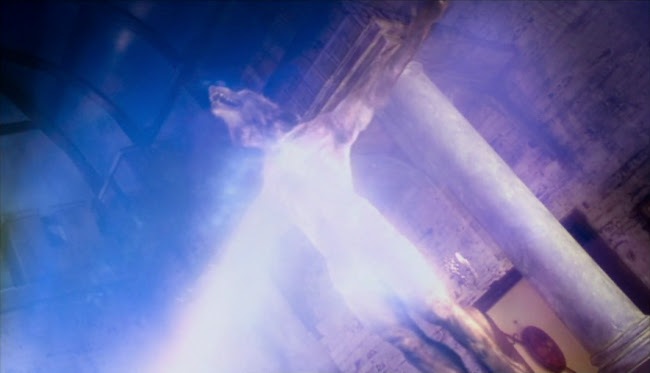 This follows after an image of the werewolf being crucified and the episode follows the Ninth Doctor's season and its prominent "Bad Wolf" thread. Since the "Bad Wolf" signs were shown without context, the emphasis was more on an implacable and strange moral force than on anything the Doctor had actually done, forcing the viewer to focus more on the motivations of that condemnation.

I often feel the series since its 2005 revival has been more of a reflection on the classic series than a continuation of it. Certainly the Doctor's moral ambiguity had been an issue before, particularly in the Sixth and Seventh Doctor eras. But through Davies I think we can see how a kid who feels different might have found comfort in the Doctor being friendly with monsters and also in the Doctor's position as a hero on the series who comfortably and deliberately makes choices that would be considered wrong by the prevailing morality. Davies injects a sense of vulnerability in this, that feeling of unprovoked betrayed when you've been palling around with Queen Victoria and she all of a sudden turns on you for doing something you thought was completely innocent and even now you can't understand why she thinks it's wrong. Since the Doctor does feel guilty about something, it makes sense if he might come away from an experience like that wondering if there's something fundamentally bad about himself he's not equipped to address. 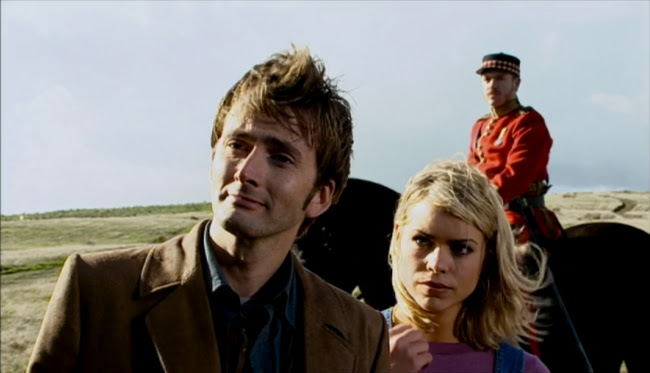 I also love "Tooth and Claw"'s setting in that nice big old manor house which is apparently the origin of Torchwood. And it's always a joy seeing Tennant again.