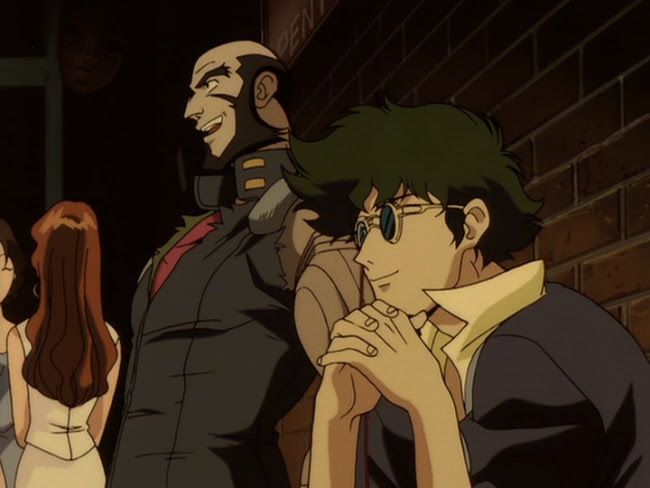 After Spike tells Faye she's tone deaf at the end of the fifth episode, the sixth episode of Cowboy Bebop opens with someone who's definitely not tone deaf. It's a child, a prodigy with a harmonica. And what could be more sincere and pure than a child with a great natural instinct for music? But we should know by now not to trust appearances on Cowboy Bebop. 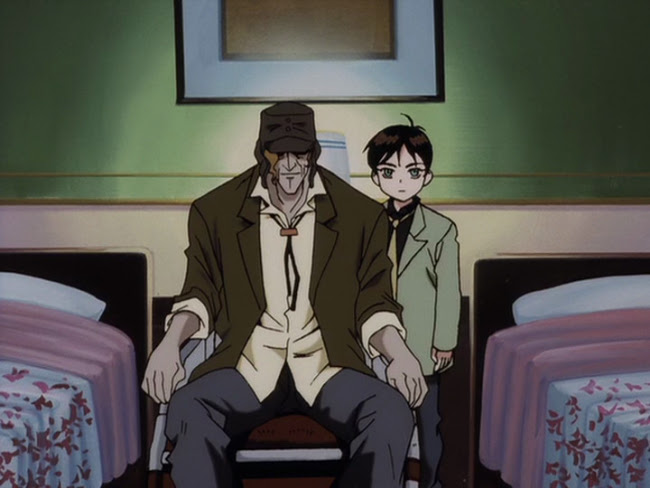 Session Six: Sympathy for the Devil

Like "Honky Tonk Woman", the title is borrowed from a Rolling Stones song but it also plays off the title of the previous episode, "Ballad of Fallen Angels". One episode focuses on how the angels fall, this episode is about sympathy for the devils they become. In the climax of the episode, when Spike (Koichi Yamadera) confronts the child, Wen (Yumi Toma), armed with the only thing that can kill him, he just stands there a moment and lets the kid get a few shots off on him. 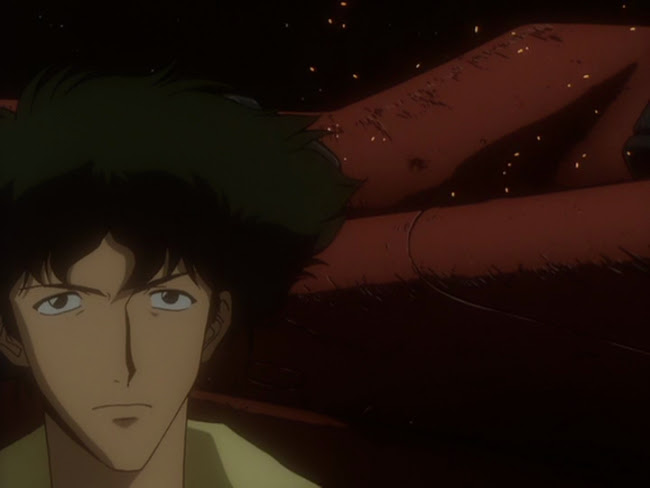 This is another bit of unexplained evidence that Spike abides by a code of honour, similar to his warning the young woman in the first episode. Perhaps its a remnant of his life among the syndicate, perhaps it's a deeper instinct, something he does that reminds him he's not the beast Vicious claims he is. It might also be a sign of the sympathy the title alludes to. 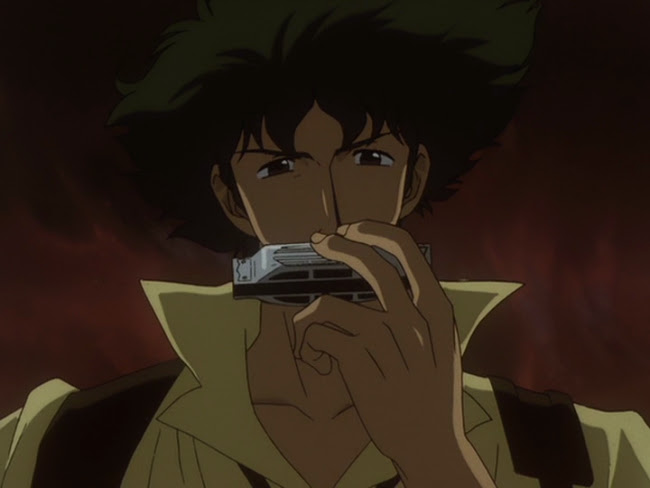 In a kind of symmetry with the fact that appearances often provide no reliable information--now even a child isn't even a child--this episode is the first to indicate Spike has an artificial eye. It looks like his natural eye but it's not and it's also significant in that it's not only the world around Spike that presents dubious signifiers, his means of perceiving them is also suspect. 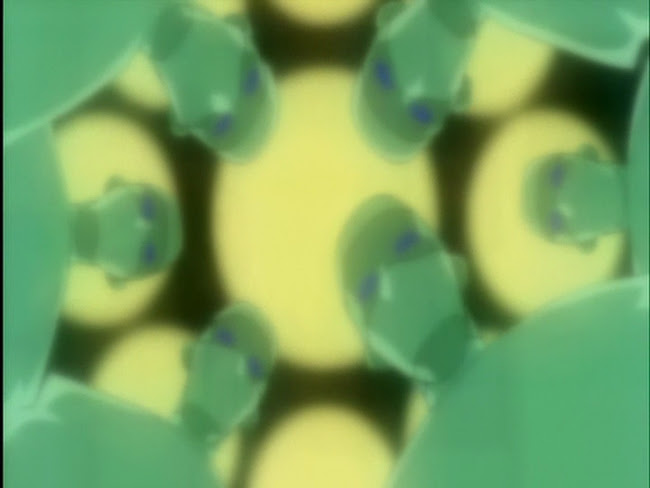 The shots of Spike, naked on an operating table surrounded by unknown surgeons will be mirrored by shots of Faye (Megumi Hayashibara) having a similar experience in a later episode. It also provides a parallel with Wen who also received some kind of physical modification against his will--and, again, his story is similar to what we later learn about Faye; he's far older than he looks and, significantly, he comes from the time before the hyperspace gate accident, which we learn a lot about for the first time in this episode. 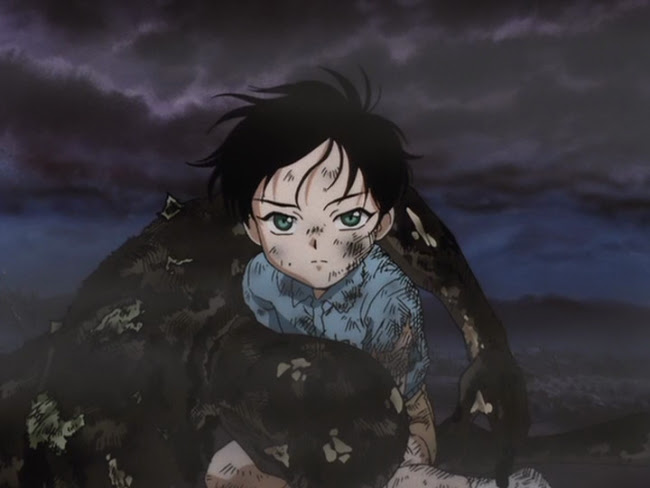 With all the thematic interest the show has in instability, it makes sense that an accident rendered Earth almost uninhabitable due to a continuous rain of meteors. Like Faye, Wen has become a completely different person since the accident. Unlike Faye, though, Wen experienced the passage of time and his immortality has made him a kind of psychopath. When Spike finally gives him the release of death and we see his rapid ageing, it's a reminder that the show isn't necessarily a celebration of instability. It makes sense that Wen would have lost respect for human life when death lost meaning for him--so, in killing him, Spike returns his humanity to him, waking him from that dream. But the need for permanence, or a sense of home, will gradually exhibit more prominence as the show progresses and maybe this is the first sign of something more ominous in chaos and change.