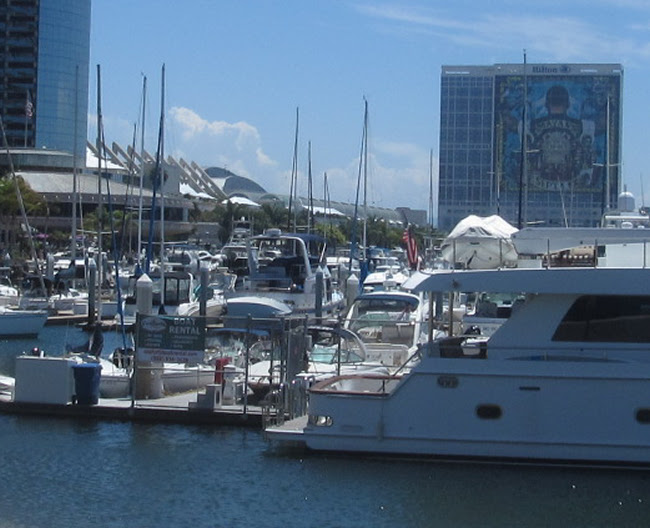 Here's the San Diego Convention Centre this morning photographed from where I was at Seaport Village. It's nestled between two massive hotels--all three buildings host Comic Con programmes every year, as do the library and a few other hotels.

This seemed like an especially crowded Sunday which is usually the quietest full day of the Con. I suppose since there were no big panels everyone figured they'd spend the day walking the Exhibit Hall, which is basically what I did. I also went up to the autograph area where I saw Cas Anvar from The Expanse and several Twin Peaks cast members. I could've talked to them but I was too tired to think of anything to say--I can't remember ever being so tired after Comic Con, though that's probably because I was up late on Saturday night and then got up early on Sunday. On Sunday mornings I'm a volunteer at the San Diego Maritime Museum, home of the Star of India, the 19th century sailing ship, along with several other historic and reproduction ships, including the Surprise from Master and Commander (on the right). 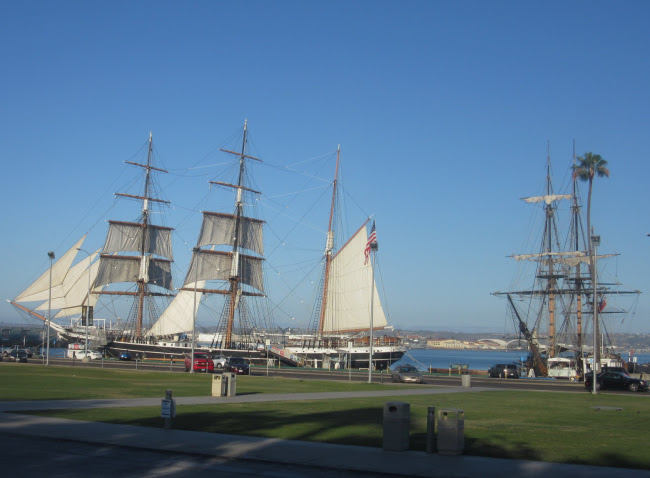 It's a short walk from the Star--past the aircraft carrier museum Midway and Seaport Village--to the Convention Centre and I left the Star at noon. I recommend wandering the route if you're ever in San Diego for the Con or any other reason but, for fuck's sake, don't let your kids play with the lines on the belaying pins. 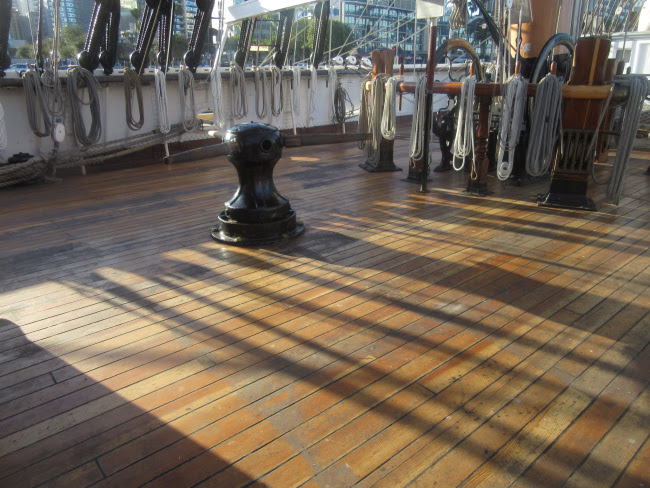 I have a massive stockpile of photos, video, and stories from this year's Con and I'll start posting longer report entries to-morrow when I'm not completely exhausted. For now, here's some exceptional Pan's Labyrinth cosplay I saw: 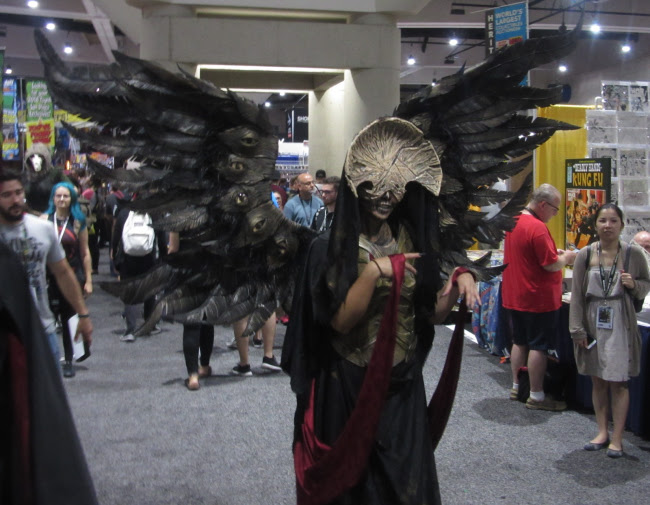