Too Many Peaks for the World 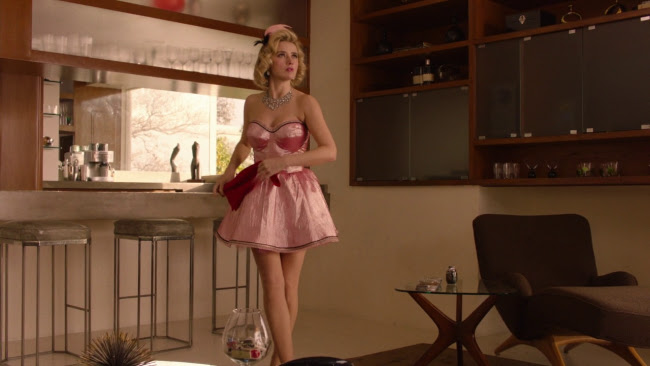 A lot of people have written about the shocking exclusion of Twin Peaks: The Return from the Emmy nominees. Except it wasn't excluded--among many other categories, it's nominated for Directing and Writing. One might reasonably ask why a Limited Series that potentially has the best writing and directing might not potentially be the best Limited Series. It is kind of par for the course for Lynch, though, who's been nominated three times for Best Director at the Oscars (for The Elephant Man, Blue Velvet, and Mulholland Drive) but only once for Best Picture (The Elephant Man). If television is replacing movies, there's some fitting continuity in this. I predict he'll win, too, because I suspect even the voters who didn't bother to watch the show would feel stupid not voting for him. Well, I shouldn't talk, I haven't seen any of the series nominated for Best Limited Series. I can quote The Guardian article about Twin Peaks being snubbed: "Patrick Melrose was nominated, and The Assassination of Gianni Versace, and both are fine shows. But Godless was also nominated. Remember Godless? It was that nothingy Netflix cowboy show that squeaked out towards the end of last year, buoyed by a Next Big Thing buzz that couldn’t sustain itself once everyone realised what a colossal snooze it was." I suspect that's how a lot of people would describe Twin Peaks: The Return. I would argue this signifies a lack of a willingness from an audience to engage a TV show as a serious work of art. I remember one article that came out when the season was airing where the writer mentioned a colleague who was frustrated by Twin Peaks because it was the one show they couldn't multitask--they actually had to stop everything else they were doing and give it their undivided attention. Lynch himself recommended watching the show on a large screen in a dark room with headphones. This may be the place where TV's claim to being the new cinema fails--it may occupy the place in people's lives movies once did, but something's going to be lost in the transition.

Lynch's movies, even among movies, were always especially demanding of the viewer to engage with the sensory experience. The first third of Lost Highway basically asks the audience to enjoy the tension of eerie silence. Personally, I love that, and I love Lost Highway, but I can see that being a hard sell for general audiences. Now people might watch the splashier bits on YouTube and assume all those people who implied the context of the sensation was a crucial part of the experience of the work were just kooky, crazy elitists. But since Lynch's films were never really mainstream, maybe the world's not so different in this respect.

Except why are people talking like Twin Peaks was completely snubbed? That same Guardian article says, "Twin Peaks: The Return was stuck with just technical recognition." True, people don't tend to think of directors when they talk about television now. They do tend to talk about writers, who are usually the "showrunner", a relatively new sort of overlord role one used to associate more with the director. Though apparently Twin Peaks' writing nomination is "just technical recognition".

I didn't think Twin Peaks was nominated for anything at all based on the first article I read on the nominations at Dark Horizons which omitted the Directing and Writing categories in favour of an incredible number of acting categories--I count sixteen. Twin Peaks isn't nominated for any of them, surprising since acting has been the category where the show has fared best on other awards shows so far--even David Lynch himself won for Best Guest Performance at the Saturn Awards. Though I don't think anyone but Kyle MacLachlan had more screentime than Lynch during the season. Lynch wrote, directed, starred in, composed some of the music for, did sound design for, and built some of the furniture for the show and gods know what else. That in itself seems like it deserves some kind of recognition.

Why the emphasis on acting categories? Do people generally just not care about writers and directors? Maybe we'll get to the point one day where people generally assume the actors are improvising everything in front of camera drones.